You Have to See This Amazing Tiny Shed Makeover

Couple renovates a shed into a cool outdoor space during quarantine 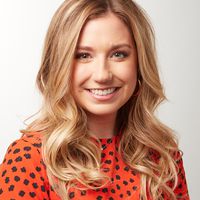 Zoë Roscoe
Zoë Roscoe is a lifestyle expert, stylist, and writer with over five years of experience covering holiday, gift, and home decor trends. She was the market editor at Family Circle Magazine and a fashion assistant at Oprah Magazine. Zoë's work can also be seen on Apartment Therapy, Lonny, BuzzFeed, Reader’s Digest, and Parade Magazine.
Learn more about The Spruce's Editorial Process

It’s no secret that during lockdown DIY projects were spreading around social media like crazy.  Projects ranged from beginner to expert, from a simple fresh coat of paint to creating entirely new living spaces, like home gyms, outdoor entertaining spaces and more. Hardware stores saw sales skyrocket, and Lowe’s even launched a campaign to highlight people’s #DIFY (Do It For Yourself) projects.

The only thing that held constant was that being inside was causing people to go a little stir crazy. So why not channel that energy in a productive way?

Atlanta-based husband and wife, Kami Phillips and Ryan Schneider, took the opportunity to turn their old 160-square-foot shed into an outdoor bar and entertaining space. In about three and a half months, countless amounts of Tito’s Vodka, and about $18,000 worth of supplies, tools, decor and furnishings, the couple that had never renovated anything before built a stunning outdoor entertaining space.

A majority of the budget was tools, with Ryan “swearing they were an investment for future projects,” laughed Kami.

When they originally purchased their house, the rundown shed was used for storage, but they always had bigger plans in mind for their backyard. “We always threw around the idea of converting the shed into an outdoor gym or additional hangout spot,” says Phillips. “And when the pandemic hit and we were sheltering in place, we took it as a chance to keep ourselves busy while stuck at home, not to mention it was the perfect opportunity to get my husband out of the house for a little peace and quiet!”

They started in April, with the goal of having it finished when the couple’s family visited in July, and they did just that. Working on it during lunch breaks and on the weekends, this 50-50 effort turned these first-time homeowners into arguably professional DIYers.

Getting the right tools definitely helped. Ryan's favorite tool purchase was the DeWalt Cordless Nail Gun. “It made installing the tongue and groove panelling so much easier and the entire process so much faster,” he said.

Aside from hiring an electrician to rewire the shed’s electricity to run underground in order to get it up to code, the couple did the entire renovation themselves. They quickly learned that you can pretty much learn anything from YouTube.

They only had a few run-ins with serious issues. One was the floor was uneven and sloped downwards.

“We had to get creative, and Ryan had the idea to build a platform in the back of the shed to evenly hold the wine refrigerators and cabinets,” says Phillips. “Another obstacle was adding additional framing into the walls for support due to the shed naturally warping over time,” she says. They had a custom concession-style window made for easy bar access from inside and outside, and needed to provide extra support to the shaky walls.

While there were many WTF moments, another big one was underestimating the weight of the butcher block they ordered for the bar tops. When the 225-pound countertops arrived, “... we realized that lifting that baby with just the two of us was nearly impossible,” said Phillips. “Ryan had to cut it to size, and we managed to maneuver it into place—all while managing to narrowly avoid a concussion and the loss of a few fingers.” The bar tops were then covered in epoxy resin to make them weather-resistant.

What began as one of their biggest problems became one of their proudest achievements in the project. “The bar under the window…turned out beautifully,” they said. “It seriously looks like a bar you’d find in a restaurant.”

For the grand finale, they built a small deck on the outside of the shed where they installed two tall posts to hang string lights and decorated with bar stools, plants, and a chalk scoreboard for backyard games.

These first time DIYers totally hit it out of the park with their project, they even had WiFi and cable installed, which makes it the perfect workspace on a nice day.  If there’s anything to learn from this incredible transformation it’s that with a whole lot of time trapped inside, hours logged on YouTube and a great team effort, you can get anything accomplished.

“Everyone who has seen our shed is really impressed, probably because we’ve never done anything like this before,” says Phillips. “We’re really proud of our DIY project and are so happy with how it turned out.”

Up next for the couple? Redesigning their home office.

How to Build a Firepit