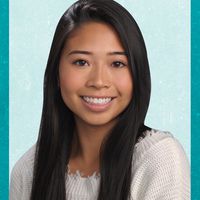 Bianca Pineda
Bianca Pineda is a Commerce Writer for Bed, Bath, and Home Decor at The Spruce. Prior to this role, she was an editorial intern for CNN Underscored and New York Minute Magazine.
Learn more about The Spruce's Editorial Process

If you’ve been in the market for a new air purifier, now’s the perfect time to get one. Amazon Prime’s Early Access Sale is happening right now, and our pick for the best overall air purifier is more than $100 off for Prime Members.

With the presence of fall weather comes the emergence of seasonal allergies, and air purifiers offer a practical solution for cleaning the air in your home, removing a number of allergens as well as pollen, pet hair, and dust. Out of the dozens of options we tested in both the real world and The Lab, the LEVOIT Air Purifier for Home Large Room was the clear winner, earning an impressive 4.9 out of 5 stars. Our testers loved this model’s quiet and effective operation, sleek design, smart home compatibility, and state-of-the-art features.

View On Amazon View On Bed Bath & Beyond

This air purifier utilizes a three-stage filtration system, employing a pre-filter, an H13 True HEPA filter, and a carbon filter to thoroughly improve the air quality of any room. First, the pre-filter removes larger debris, like pet hair and lint, from the air. The H13 True HEPA then filters a minimum of 99.97 percent of smaller air particles like pollen, while also eliminating 99.9 percent of bacteria and viruses. Lastly, the carbon filter targets pollutants including smoke, odors, and VOCs (volatile organic compounds).

This meticulous filtration process impressed our at-home tester, who used the air purifier in her home for one month. She noted that the LEVOIT Air Purifier removed odors in her house and made her home smell cleaner than ever. "Before [having the purifier], we had a damp smell in our entryway, and now, it seems to have disappeared," she said. "I've moved the air purifier from room to room, and I can tell a difference when it's on in a room versus when it's not. I feel like I'm breathing clean air!"

While the air purifier’s high mode can be a bit noisy, the model also offers both a sleep mode and low mode for a more quiet operation, allowing even lighter sleepers to keep it running through the night.

This model doesn’t require a lengthy setup, as the air purifier comes already assembled and easily connects to the app once you scan a QR code. While the model’s digital display is feature-packed and easy to use in itself, the app allows you to access a number of additional controls such as setting timers or scheduling the purifier to run at specific times. In addition, the LEVOIT Air Purifier is compatible with both Alexa and Google Assistant, providing the best option for those who prefer using hands-free voice commands.

View On Amazon View On Toppinlife.com

If you’re looking for a cheaper air purifier option, our best budget pick is also on sale today. Now at only $63.99 (a whopping 35 percent off!), the TOPPIN TPAP001 Air Purifier is a quality choice considering its price point. While it may lack some of the advanced features that the LEVOIT Air Purifier has, it's an effective model that’s worth snagging during the Prime Early Access Sale.