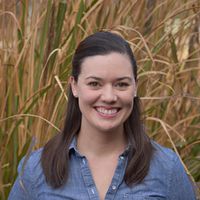 Katie Melynn
Katie Melynn is a product reviewer for The Spruce who specializes in lifestyle and parenting writing. As a mom of three, she's written about parenting and family life for At Ease Magazine, Legacy, and Monterey Bay Parent, where she was a monthly columnist.
Learn more about The Spruce's Editorial Process

View On Amazon View On Wayfair View On Home Depot
4.2

We purchased Amba's The Radiant Hardwired Curved towel warmer so our reviewer could put it to the test in her home. Keep reading for our full product review.

Many of us spend time every day in the bathroom, whether it is showering, bathing, or just getting ready for the day. But this room is so often overlooked when making upgrades to our home living situation. While there are a number of bathroom improvements you can make, adding a heated towel bar is one that can turn your everyday shower into a luxurious experience. I tested Amba's The Radiant Hardwired Curved towel warmer to see how much value it added to my daily shower.

Amba's The Radiant Hardwired Curved towel warmer comes with all required parts in easy-to-open packaging. It also includes installation instructions, which I promptly handed over to a licensed electrician. This is an installed heated towel bar, so unless you are very knowledgeable about your home’s electrical setup, I recommend hiring this step out to a professional. There are specific codes about what kinds of electric circuits and how much power they can each draw, especially in rooms like bathrooms. You don’t want to install it incorrectly and have issues with your power later.

I had an electrical outlet near the wall where I wanted to install the towel bar and it was able to handle the additional load. Again, I relied on a licensed electrician to verify this for me. He had to run additional power lines up and across the wall to connect to the towel bar’s power.

You can have the towel bar installed with the power button on the top, as I did, or at the bottom. It will function the same either way. Because I have small children, I wanted to keep the power button out of their reach. You will need quite a bit of wall space for the towel bar, which is 31.87 inches tall. Keep in mind that the towels you put on it may hang lower than the lowest rung.

Using the towel bar is very easy. All you need to do is turn on the power button, which will be at the bottom or top of one of the vertical bars depending on how you had it installed. The button illuminates red but is small. This makes it easy to not notice if it is on or off when you are not actively using it.

Amba's The Radiant Hardwired Curved towel warmer only takes about five minutes to warm up. This means that I don’t have to think ahead or do anything other than turn it on before getting into the shower. It is hot to the touch but not hot enough to burn your skin. Both the horizontal and vertical bars are heated. You can hang two towels side-by-side and get them both warm enough for noticeable comfort after your shower.

This towel bar is curved, with a depth of 5.75 inches. It doesn’t extend a lot into the room, just enough to easily get towels onto the rungs easily. The rungs are separated into two main “sections,” which you can use for two towels. I did like how modern the curved design looked in my bathroom. If you have a modern, sleek look in your home, this towel bar will be right at home.

One of the major downsides of Amba's The Radiant Hardwired Curved towel warmer is the added cost of installation. The towel bar itself costs over $250. Installation in my bathroom added $500 to that cost. This resulted in over $750 to add this luxury item to my home. While having a warm towel after a bath or shower is nice, it didn’t justify the high cost for me.

Amba's The Radiant Hardwired Curved towel warmer is made with stainless steel, which is a nice rust-resistant material for the bathroom. This is important for rooms exposed to a lot of moisture, like a bathroom or pool deck. This model is polished stainless, but it is also available in a brushed finish for a different look.

The 8 Best Stainless Steel Cleaners of 2023

Towel bars in general are great for drying towels as well as warming them. While I wouldn’t recommend paying for the towel bar and installation just for this feature, it is a nice extra way to optimize its utility in your home.

Can I use this towel warmer in other rooms?

Yes, you can use this towel warmer in any place that your electrical setup will support. I would actually like and use this towel warmer more if it were close to a pool or jacuzzi. Because I am often cold after getting out of a pool, a warm towel would provide more comfort in this scenario than in an already warm bathroom. Just keep in mind that anytime you have electrical appliances near water, you need to follow specific building codes. This is why working with a licensed professional electrician is so important.

If you have a modern, sleek look in your home, this towel bar will be right at home.

Amba also recommends these towel bars for use in mudrooms or other areas of the home where a warm towel would provide additional comfort. If you live in a location where the temperatures get cold or work in muddy or wet situations, you would likely get more use out of a warm towel when coming inside instead of using it after getting out of a warm shower into a warm bathroom.

How many towels can I hang on this towel bar?

You can hang multiple towels on the towel bar, but only the parts touching the heated rungs will get warm. I like to hang one towel on the highest rung and let it touch all of the horizontal bars to get the entire length warm as I shower. You could also hang smaller items, like hand towels or washcloths, to get them dry.

Amba recommends hanging two bath towels side by side, folded longways, from the highest rung and hanging down. You can also fold them in half and hang one towel from each of the divided sections. If you use bath sheets, which are considerably larger than a standard bath towel, you will want to hang one bath sheet from the highest rung and let it hang down the entire length of the towel bar to get it warm.

How hot does the towel warmer get?

The towel bars themselves get hot to the touch but not hot enough to burn. I was able to hang towels, pull them off, and generally manipulate things on the bars even after they had been on for thirty minutes. You can leave the towel bar on without worry of it overheating, but I turn mine off when not in use to save electricity.

Amba's The Radiant Hardwired Curved towel warmer only takes about five minutes to warm up. This means that I don’t have to think ahead or do anything other than turn it on before getting into the shower.

How do I install Amba's The Radiant Hardwired Curved towel warmer?

This is an installed hardwired towel warmer, which means that the power supply lines are behind your walls. Unless you are experienced with working on electrical lines, you will probably want to hire an electrician to take care of the installation. This adds to the overall cost of the towel warmer.

While having a warm towel after a bath or shower is nice, it didn’t justify the high cost for me.

If you want the luxury of a warm, fluffy towel without the additional cost of installation, consider the Amba The Radiant Plug-In Curved. It won’t look quite as modern, as it does have a cord running from the bottom of the towel bar itself to a nearby outlet. You may also be limited in where you put it since you need to have access to a power outlet. But the cost savings on installation may be worth it for your bathroom or set up.

For an even easier setup, the Amba The Solo 24 brings all of the luxuries of a towel warmer without any wall space required. It is a similar price to the hardwired version but can be moved if needed and placed next to an outlet so that the cord is not conspicuous or in the way. This model would be a great choice for renters or those who want to bring their towel warmer with them to a new home in the future.

I like the look and functionality of the Amba The Radiant Hardwired Curved towel warmer but just can’t justify the high cost for an item with such limited use.

The 10 Best Towel Warmers of 2023, Tested and Reviewed