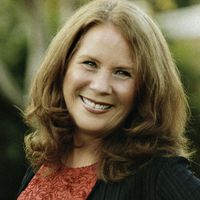 Do you ever wonder what to give someone for a wedding anniversary? Whether you are selecting something for your spouse or a couple you care about, each year holds significance with a theme, color, and flower attached.

Gift for Another Couple

Purchasing a gift for someone else's anniversary is a choice and never an obligation since it's a special day between them. However, you may want to do something special for people you are close to. Whether you select a gift or jot your thoughts in a card, it's always good form to acknowledge this special day.

Gift for Your Spouse

If you and your spouse are celebrating your anniversary, choosing something with symbolism adds depth to the occasion. If you are giving this to a couple you know, you're showing your support for their marriage.

Here is a list of traditional and more modern themes you can follow to make your gift selection:

Each anniversary is celebrated with a different color. Here are some of the most significant ones:

Whether you choose to send a bouquet or a single flower, pick one that signifies the anniversary being celebrated. You may also give a floral print card or design of the flower on whatever gift you choose.

Here's a list of flowers for some of the most commonly celebrated anniversaries:

When selecting a gift, you may use the list above for ideas, but you don't have to spend the money on some of the more expensive themes or come across as cheap by choosing something based on the theme in a literal sense. Use the suggestions as a starting point and get creative. For example, on the years for diamonds, the item may be in the shape of a diamond or a nice jewelry box to store diamonds.

Here are some more ideas for creative use of the themes:

What you might consider doing if the gift is for your spouse or you know you'll continue seeing the couple for many years is to give them something they can add on to each time their anniversary rolls around. Whether it's a place setting or a decoration, they'll look forward to seeing you at this special time each year.

When giving an anniversary gift, what really matters is the thought you put behind it. You can be as creative as you want to be while thinking about what the other person or couple will enjoy. If there is something else you want to give, you don't have to stay with the theme.

You might want to give them something totally unrelated but mention that it's their diamond or silver anniversary in the message of the card. However, it's more fun if you find a way to incorporate the theme into the gift—even if it's a stretch.