The eco-friendly way to clean up

The bidet is a 17th-century French invention designed for washing private parts that is a routine piece of bathroom equipment in many parts of the developed world from Europe to Asia and South America. These days bidets have fallen out of fashion in France, where you are most likely to find them in properties that haven’t been renovated in decades, and where they are often repurposed as foot spas, lingerie basins, and plant holders. In neighboring Italy, where the government mandated bidets for every new bathroom construction in 1975, they are used by 97% of the population.

While the bidet has never really caught on in the United States, a confluence of current social issues including the perceived toilet paper shortages of 2020, concerns about the environmental costs of the toilet paper industry, and a desire to save water has renewed interest in bidets in the U.S.

Below, our picks of the best bidets. 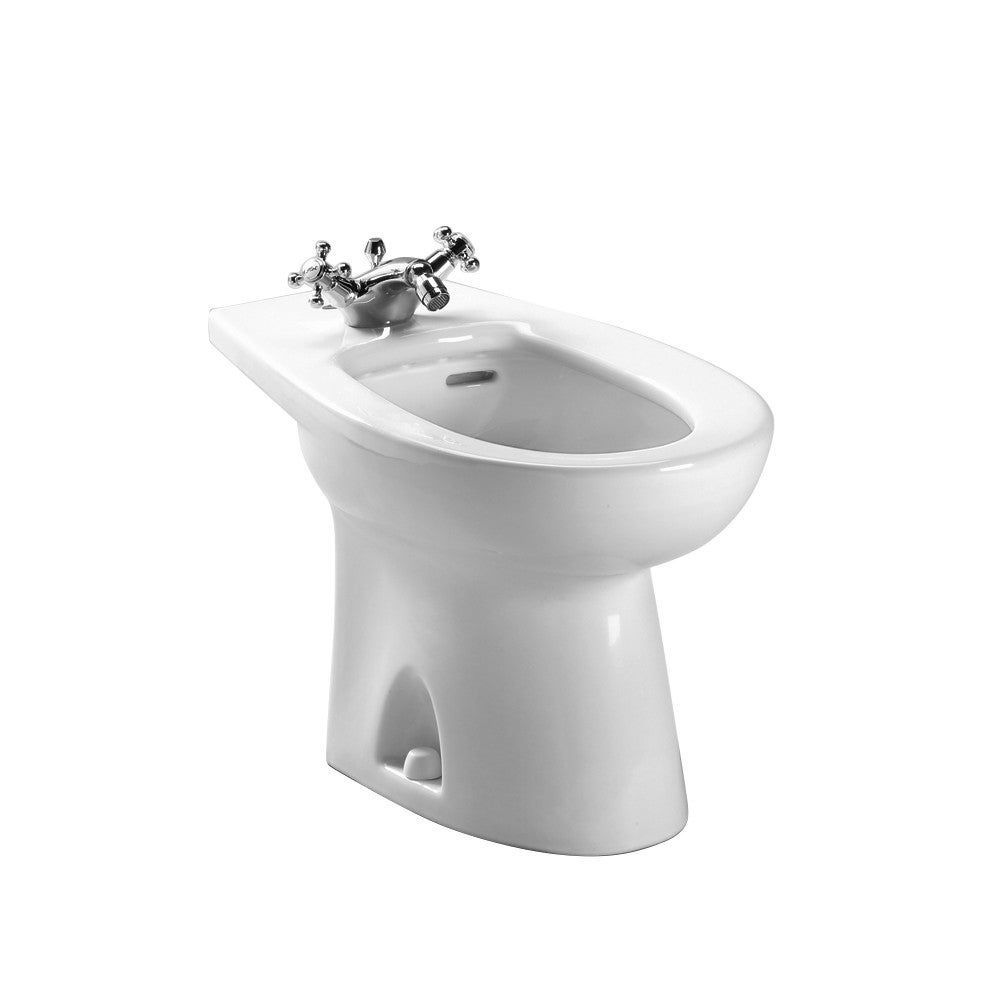 Most bidets have a fairly standard design. If you were to take a toilet and combine it with a bathroom sink and faucet, you would pretty much get a bidet. These are meant to be sat on so you can easily reach any spot you want to clean up after using the restroom. The best, all-around option on this list is affordable, stylish and easy to install and use.

The Toto BT500AR is a contemporary style of bidet that complements a variety of interior design styles you may want to use in your bathroom. Installation is fairly straightforward: plumbing is routed up through the floor and connects to the base of the bidet. A single hole on top will hold the faucet/handle combination of your choosing. Using high-quality porcelain, this bidet will last a long time with the proper care and maintenance. 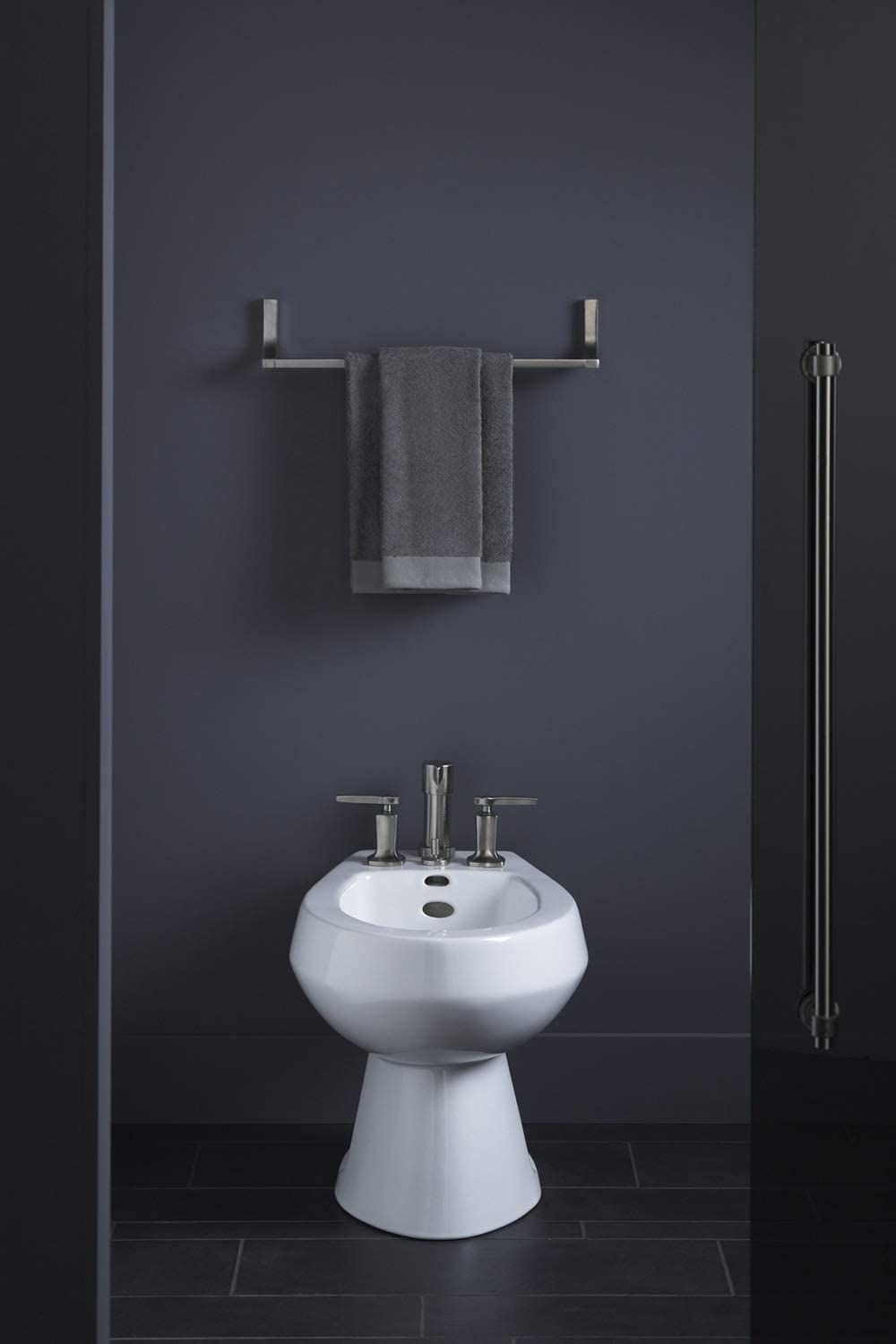 View On Amazon View On Wayfair View On Home Depot

Sometimes, it's nice to have a little bit of extra control with your bidet. Typically, this means you can set the water temperature to your exact liking. The Kohler San Tropez features separate hot and cold water handles for the faucet so you can dial in the perfect temperature. It also has separate mounting holes for the faucet and each handle, creating a lovely three-pronged design you can accent with your choice of metallic fixtures made of copper, bronze, stainless steel, etc.

The San Tropez also features a standard sink plug and overflow port. The plug will retain water just like in a normal sink for extended washing. The overflow port keeps water from pouring out over the rim of the bidet if you add too much water to the bowl. 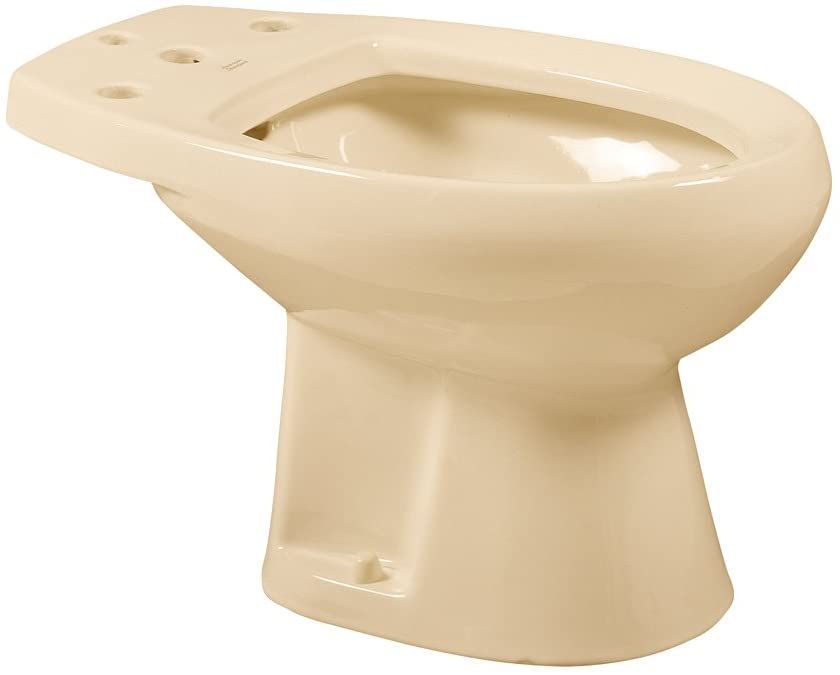 Bidets come with a variety of price tags. For people looking to test out the waters with this unique bathroom fixture, a budget option is a great way to keep yourself from spending too much money on something you're not sure about. The American Standard Cadet is a fantastic budget model that is simple to install in a common bathroom setup. Two bolting caps easily secure to the floor, keeping the bidet from shifting while you use it.

This one comes with a single mounting hole for a faucet/handle combination fixture. The smooth curves of the bidet make it easy to include in popular design styles such as modern or contemporary decors. At the same time, the overall look is elegant enough to be right at home in a more traditional or classic style.

Floor or deck mounted bidets are common in second or third story bathrooms since it can be easier to install plumbing in between floors rather than the walls. Instead of having to remove and replace drywall, installing plumbing in the floor usually requires removing the flooring and plywood underneath, then replacing everything after the pipes are placed. A deck mounted bidet is the perfect choice if you have a bathroom you have stripped down to the bare bones for renovation.

The American Standard 5023 is a through-the-floor bidet which is fastened down with the standard two bolt setup that holds the bowl down on each side. The rim is more pronounced around the bowl to prevent water from spraying and damaging the surrounding drywall or cabinetry in your bathroom. The bowl will keep the water contained so you can use it without worry.

The 9 Best Bathroom Scales, Tested in Our Lab

Wall-mounted bidets are a common choice for bathrooms on the first floor of homes or that are in the construction phase. For homes with concrete foundations or basements, it can be difficult to install the plumbing if the correct rough-in doesn't exist already. Wall-mounted bidets hook up to pipes in the wall, which makes it easier to install without having to dig out concrete to place new plumbing.

The Duravit 2249150000 is a sleek, wall-mounted option that has a simple and elegant look to fit a variety of interior design styles. The white, alpine exterior complements many color palettes so you can use any kind of paint color, wallpaper patterns, or textures on the walls without conflicting with the bidet. This shade of white can also complement similar fixtures such as white toilets, sinks and bathtubs.

Modern and contemporary design styles are all about sleek and smooth lines. In some ways, these designs celebrate the beauty of simplicity. A smooth surface bounces and reflects light in a way that is both flat and 3D all at once. When paired with similar design elements in a bathroom, a modern bidet can create a uniform, clean look throughout the space. If this is the style you want in your bathroom, one of the best options is the Duravit 2283100000.

This is one of the sleekest and streamlined bidets available today. A smooth, white finish accents the organic curves of the bowl. To top everything off, it also comes with an ultramodern looking faucet that completes the overall package. If you want to avoid the hassle of shopping for separate fixtures, this is a great choice to consider. 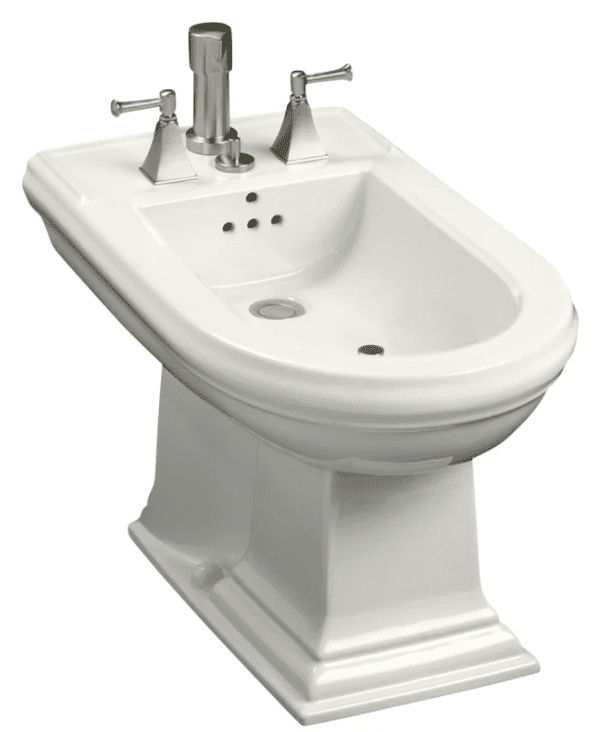 It may be difficult to think of a bidet in a traditional setting. While bidets haven’t been common in the U.S., it is still possible to create a classic, traditional look in your bathroom while taking advantage of the financial and hygienic benefits of a bidet. The traditional style is all about the details.

The Kohler Memoirs sits on the opposite end of the design spectrum from sleek and modern options. The bowl of this bidet is graced with ornate lines running the entire perimeter. Four mounting holes on top give you plenty of options for different styles of faucets and handles to match its graceful look. Choose something metallic and clean or with a little bit of vintage, rustic appeal to complete the final design.

What to Look for When Buying a Bidet

The toilet is a functional piece of bathroom equipment that is never going to win any beauty contests. Bidets look like toilets with extra plumbing. Like regular toilets, they come in various shapes and price points. If you’re renovating a bathroom, a sleek wall-mounted bidet and toilet will add a contemporary look to this old-fashioned piece of equipment.

Bidets come in free-standing models that might be screwed into the floor or wall-hanging depending on the room’s plumbing. For those who want the function of a bidet but don’t have the space or desire for a second toilet-sized piece of bathroom equipment, options range from bidet seat attachments that feature faucets for water-based post-toilet cleaning, to high-tech all-in-one bidet toilets that wash, dry, and flush.

The most important aspect of a bidet is the faucet, which controls water temperature and pressure. To facilitate use, look for a faucet that is easy to turn on and off and a dual nozzle for front and rear washing, or a single nozzle that is easy to adjust. Some modern features you might consider include bidets with side panels or remote controls, as well as amenities such as motion-activated lids, self-cleaning nozzles, heated seats, and warm air dryers.