Written by
Anne Fritz
Anne Fritz is a health and lifestyle writer for The Spruce. She was also the founding editor of Create For Me, a magazine for women in their 20s.
Learn about The Spruce's Editorial Process
Anne Fritz 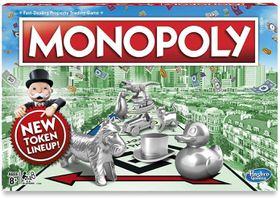 It’s hard to beat the most classic board game of them all: Monopoly. The 85-year old game has been translated into 47 languages and Braille and more than 250 million copies have been sold. Why does it have such staying power? Monopoly lets you buy, trade, and sell property with fake money as you become a real estate mogul.

The game has stayed relevant with licensed versions ranging from a kid-friendly Monopoly Jr. Trolls World Tour, a Voice Banking edition, and even a Cheaters edition, not to mention versions for just about every professional sports team out there and many colleges and universities. To win requires good sense and luck, making it an irresistible combo. Pass go and collect $200! 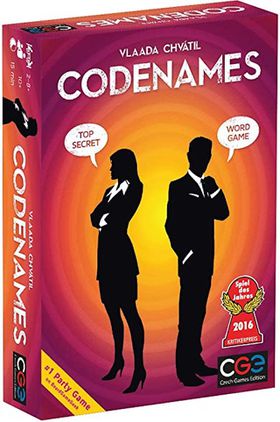 Fans of Elizabeth Jennings, Jason Bourne, and other fictional spies will get behind this cloak and dagger game. While you don’t need to know how to speak Russian, spymasters (one per team) do need to use their smarts to clue in their teammates to the secret code names in as few turns as possible.

How it works: Divide into two teams, then 25 cards are placed into the grid in random order. Some are spies, some are innocent bystanders, and one is an assassin. The spymaster will give a clue to his or her teammates, who then guess who the spies are. For example, say the two codenames are “cat” and “dog:, “animal” would be an okay clue, but runs the risk of teammates guessing all the animals on the board, say a lion; in this instance “pet” would be a clearer clue.

The game ends when one team identifies all the other team’s spies or if a team accidentally uncovers the assassin. Reviewers say Codenames is best for groups of eight to ten, though fewer teams are still fun, and can be played by children as young as eight.

"Additionally, the more we played, the more fun the rounds became as everyone starts to get the hang of the word associations, particularly ones that will provide clues to locate more than one spy at the same time." Sarah Vanbuskirk, Product Tester 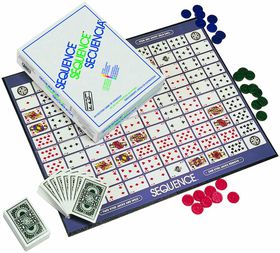 Combine Connect Four with poker and you get Sequence, a strategy game where the object is to place five of your chips in a row, column, or diagonal. The catch is you can only place your chip on the card that corresponds to one you have in your hand, so strategy and forward thinking are necessary—but a little bit of luck never hurt either.

"I loved this game back when I first started playing it. I love it more now. After playing with five different kids in short succession, I’ve found that it feels like a unique game each time." Sarah Vanbuskirk, Product Tester

Best for Families: Settlers of Catan Board Game 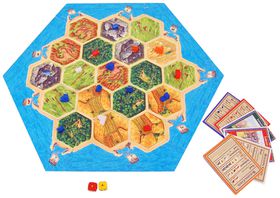 Fans of Minecraft will appreciate Catan, a board game where you build civilizations complete with settlements, cities, roads, and armies and need to stay on the look out for the robber. On each turn, players roll the dice to get resources that enable them to build either a new settlement or upgrade their current ones. Each house counts as one point (you start with two houses), the first person to get to ten points wins, though of course it’s not quite that simple.

Strategy is required to plan the best places to build and there are additional ways to pick up points, including buying development cards, and being the first to build an army. One reviewer calls this the “Candyland of strategy games” noting that it’s easy to pick up and master. Catan is recommended for three to four players over 10.

"The beautifully designed, intricate, adjustable board pieces and lovely cards, as well as the absorbing complexity of the game all warrant the higher price. Plus, this game can be played again and again and feel eternally new due to the interchangeable board and options for expansions, which can be purchased to create even more unique playing experiences." Sarah Vanbuskirk, Product Tester

This card game for kids was inspired by Cards Against Humanity, but unlike that popular game, this is 100% family-friendly—as long as your family is the kind to make fart jokes, that is. Kids will want to play it for the name alone and they—and you—will crack up as you compete to answer the fill in the blank question with the funniest response. One example: Dear substitute teacher, would you please stop ________?

Ironically, Not Parent Approved is a Scholastic Gold Star Toy Award Winner as it encourages kids to read, which sounds pretty parent-approvable to us. Another plus is that it’s totally portable, so you don't need a big table and lots of space to play it. 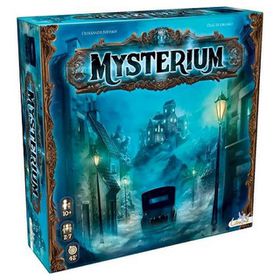 Similar to Clue, players are trying to guess the person-place-weapon of the ghastly murder committed at Warwick Manor, but unlike that classic game, this time everyone is working together to solve the crime. One player is the ghost, while the other are psychics; the ghost communicates through “vision” cards while the psychics huddle together to try to interpret them correctly before time runs out. You either all win—or lose—together.

The game can be played with two to seven players, though reviewers note it’s the more the merrier. It’s recommended for kids ten and up. Dim the lights and cue up the spooky music to set the mood for this ghostly game. 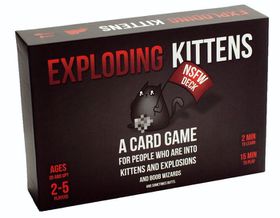 Buy on Barnesandnoble.com Buy on Target

The original version is the most funded game on Kickstarter ever, with more than 9 million copies sold and tens of thousands of five-star reviews to back up why it’s such a hit. Amp up the fun—and the giggles—even more with this adults-only version.

Like the original, the NSFW version features the distinctive artwork from The Oatmeal (only this time it’s in a distinctively not family-friendly way) and is played in the same way—you’re trying to avoid drawing the “Exploding Kittens” card while aiming to arm yourself with the diffuse cards. One reviewer called it “perfectly crass and absurd.”

Best for Art: Plan B Azul Board Game 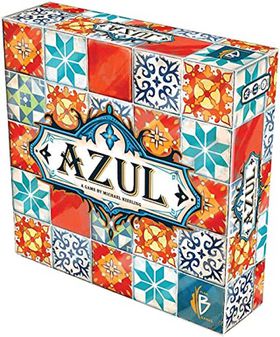 Buy on Amazon Buy on Target

Pour yourself a glass of port before you break out Azul, a game inspired by the vivid beauty of Moorish art tiles. In the game, your goal as an artisan is to decorate the walls of the royal Palace of Dvora. You score points for completing sets and designing specific patterns, while if you waste supplies, your tally is docked.

While it may not sound like life or death, the game can get pretty cutthroat as you try to force your opponents to take less desirable tiles. The tile pieces themselves are colorful and beautiful to look at and feel substantial in your hand. The game is best for two to four players and once you get the hang of it, you can complete a round in under an hour. 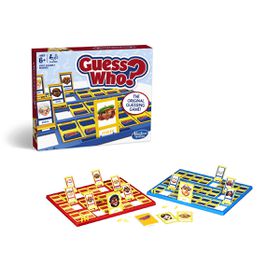 Guess Who is a two-player game that’s a smart introduction for your children to the world of strategy games—and it’s so easy to pick up the rules, kids can play it by themselves, no adult-supervision required.

The object of the game is to figure out the other player’s selected character by asking yes or no questions—the first person to get it right wins. A question might be, for example, “Is your person wearing a hat?” If the answer is no, all the characters with hats get flipped over and so on until there’s only one person standing.

If you played this when you were a kid, you’ll appreciate that the updated version includes more female characters and more people of color.