The Best Comforter Sets That Seamlessly Blend Design and Comfort 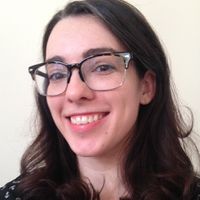 Cristina Sanza
Cristina is a lifestyle writer specializing in home products and organization hacks. She reviews the latest and greatest home products for The Spruce. In her five years of experience, she has written and edited for Bustle, Ranker, Medium, Elite Daily, and The Zoe Report.
Learn more about The Spruce's Editorial Process
Fact checked by
Sarah Scott

Fact checked by Sarah Scott
Sarah Scott is a fact-checker and researcher with who has worked in the custom home building industry in sales, marketing, and design.
Learn more about The Spruce's Editorial Process

If you want your bedding to match, a comforter set is the easiest way to create a seamless look. We researched and tested comforter sets from the top home and bedding brands, evaluating quality, durability, style, and value.

Our favorite is the Urban Habitat Auden 5-Piece Cotton Jacquard Comforter Set, which has a 100% cotton cover and lightweight polyester fill, features a modern design, and comes with two decorative accent pillows to complete the look.

Here are the best comforter sets for every budget. 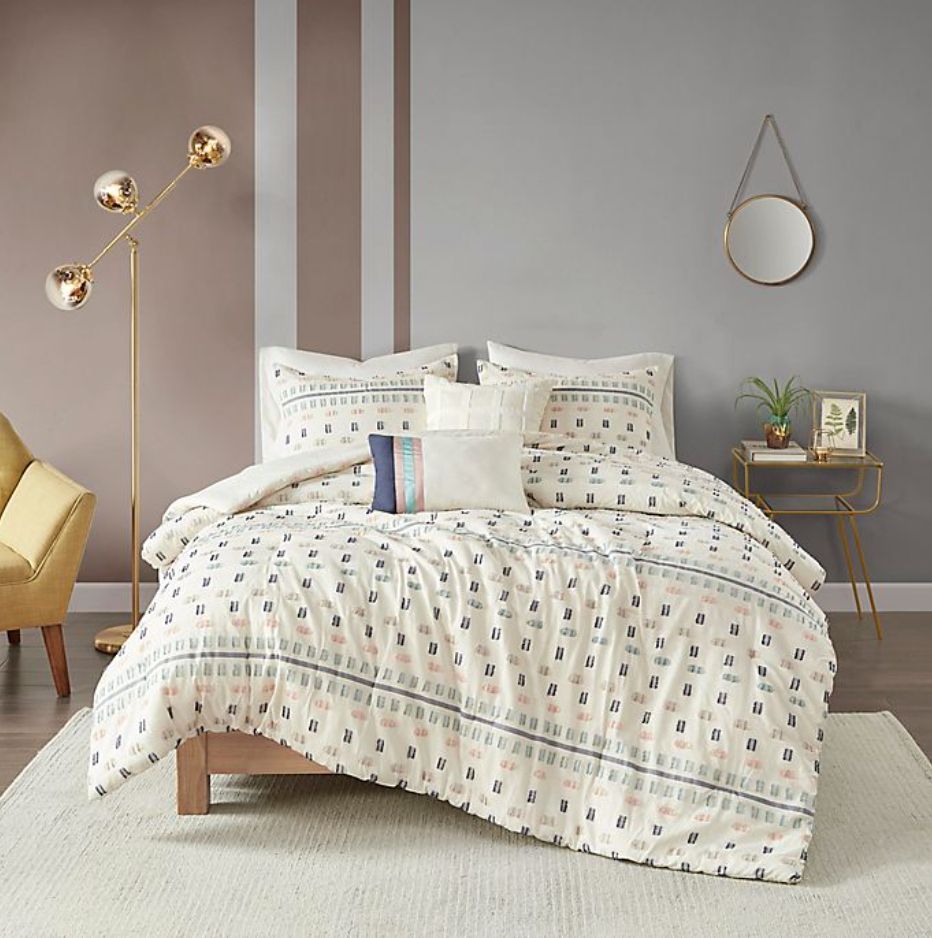 Courtesy of Bed Bath & Beyond

View On Bed Bath & Beyond

What do buyers say? 83% of 200+ Amazon reviewers rated this product 4 stars or above.

Not only does the Auden Comforter Set come with a 100 percent cotton jacquard comforter, but you also get two shams and two decorative pillows for a budget-friendly price. The chic comforter is filled with 100 percent polyester and features an ivory background with clipped multi-color stripes for a textured look that's modern and cozy. The shams have envelope closures to keep them in place on your pillows, and square and oblong decorative pillows complete the stylish set.

The comforter and shams are machine washable for easy care, and the pillows can be spot cleaned as needed. If you're looking to fully outfit your bed, the Auden Comforter Set is great for modern decor—just pair it with your favorite sheet set and get ready to sleep in style.

Here Are the Best Comforters, Tested by Our Experts 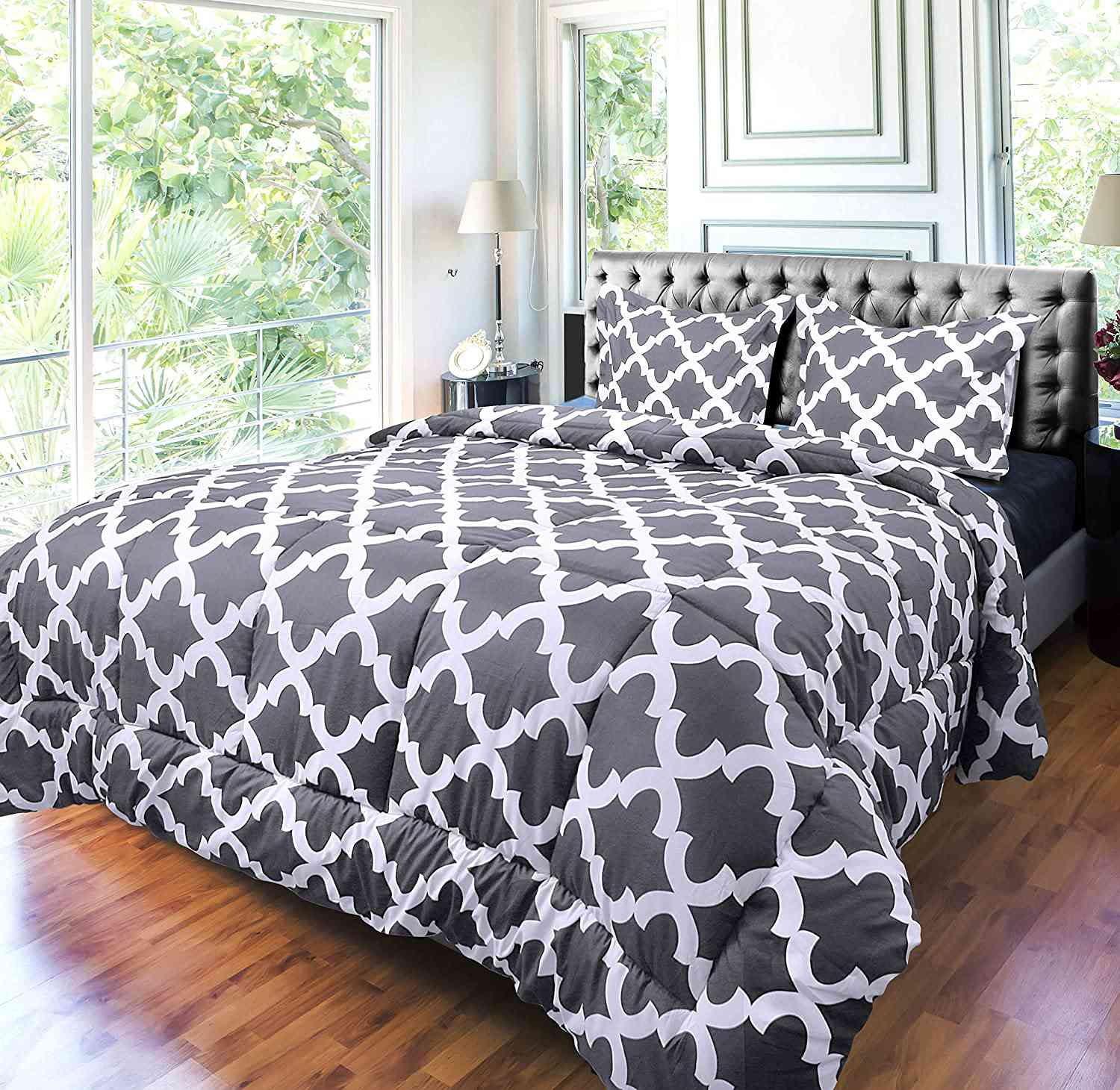 On a budget? Then opt for the Utopia Bedding Printed Comforter Set, which is both quality and affordable. It comes with a down-alternative comforter and two pillow shams, and you can choose from gray or navy blue.

The set features a white geometric pattern, and the fabrics are made from cozy microfiber. The comforter is constructed with durable stitching for improved longevity, and you can wash and dry it in the machine. With a pretty pattern, vibrant colors, and a reasonable price tag, there's a lot to love about this soft, fluffy comforter set. 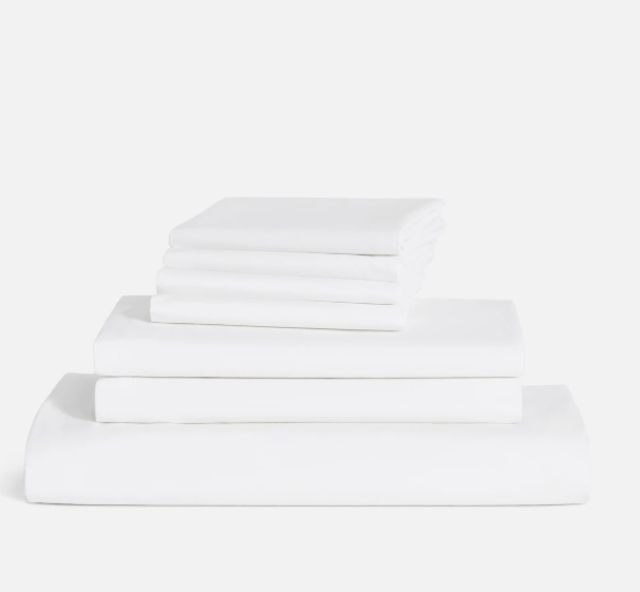 Make over your bed from top to bottom with the Brooklinen Luxe Move-In Bundle. This 11-piece set includes a set of luxurious sateen sheets, a duvet cover, a comforter, and two pillows—everything you need for the best night’s sleep ever.

Snuggle up With the Best Down Comforters, Tested by The Spruce 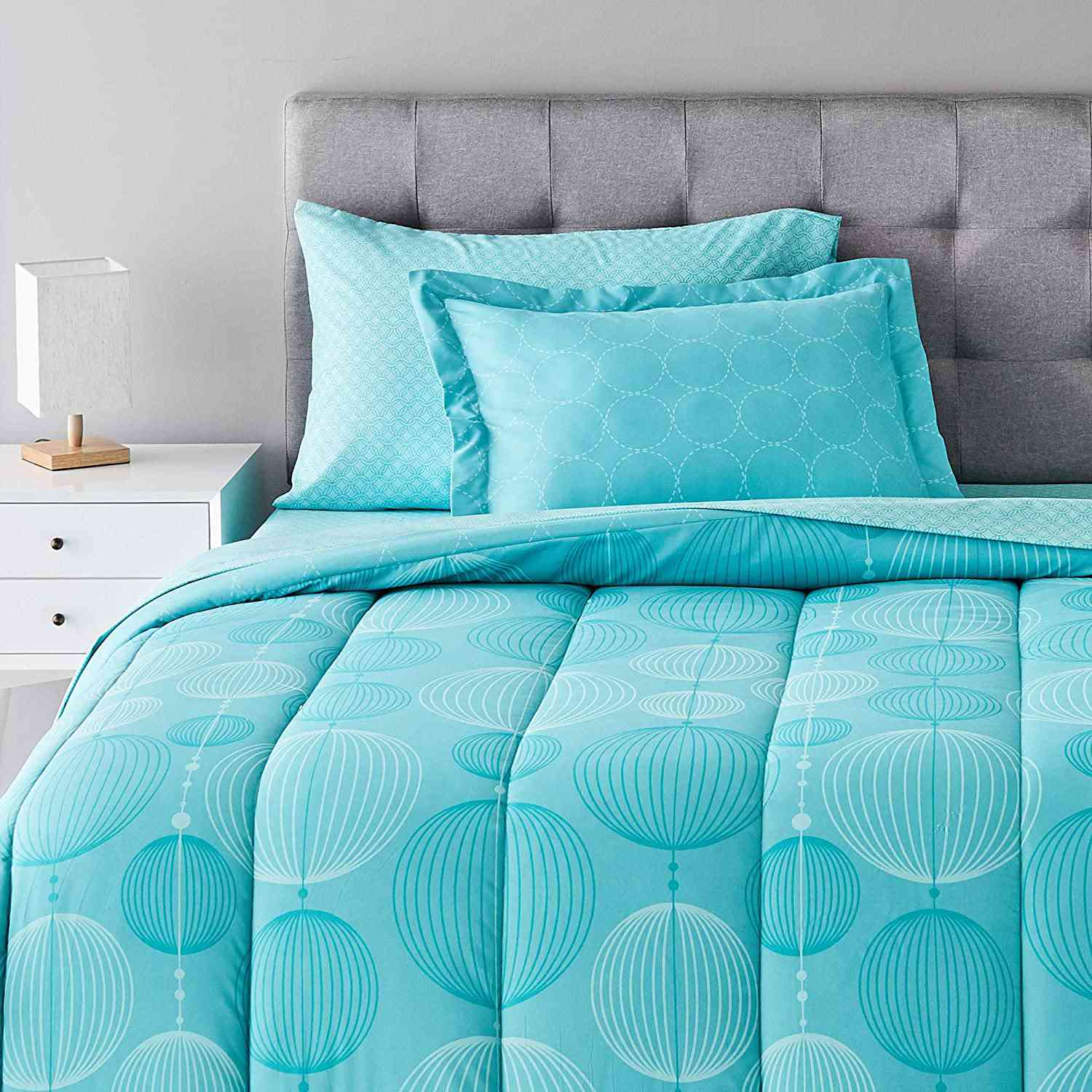 The AmazonBasics 5-Piece Bed-in-a-Bag Comforter Bedding Set is an ideal option for students heading off to college. It includes a comforter, sham, flat sheet, fitted sheet, and pillowcase, and you can choose from more than a dozen colors and patterns.

The bedding is made from polyester microfiber, so it’s incredibly soft and cozy. The pattern of the sheets is picked to complement the comforter, and all the pieces can be cleaned in the washing machine, just in case you spill on them. The twin/twin XL option fits perfectly on dorm beds, and the colors are vibrant and beautiful.

The 25 Essentials to Make Your Dorm Room Feel Like Home 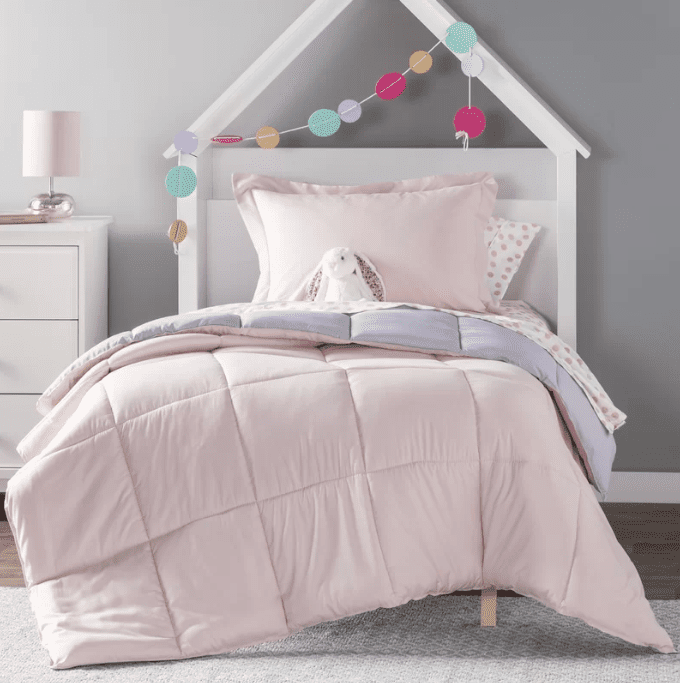 This adorable comforter set is perfect for your children. The Mack & Milo Abramowitz Kids Comforter Set is reversible, giving your kids two style options in one, and it comes in five colors that are great for both boys and girls.

This comforter is made from polyester microfiber, and it has a baffle box construction to keep the filling evenly distributed. The two sides are complementary colors, and the whole thing can be cleaned in the washing machine. The bedding is incredibly comfortable and a great option for kids or young teens.

The Crayola Comforter is A Colorful Dream 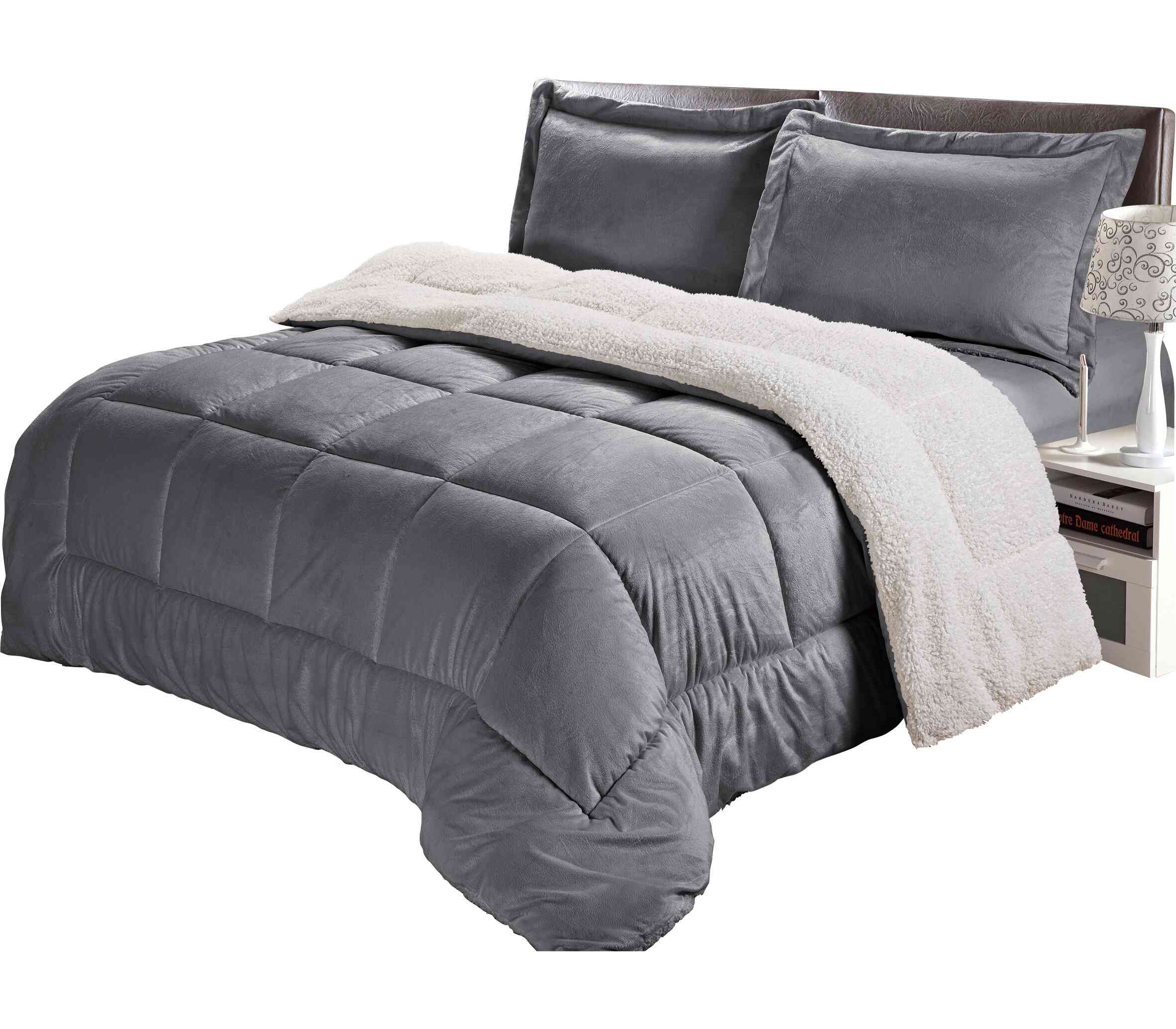 You’ll stay cozy and warm all winter with this reversible comforter set. The Andover Mills Tulare Box Reversible Comforter set has luxurious sherpa material on one side and faux suede on the other, allowing you to change up the look of your bed without sacrificing any warmth during the cold winter nights.

This set includes a comforter and two shams (the twin size includes one sham) and you have your choice of seven neutral colors such as pewter gray, navy, and ivory. The bedding is machine-washable, and it’s incredibly luxurious, decadent, and warm. However, if you have a boxspring on your bed, you may want to order one size up. 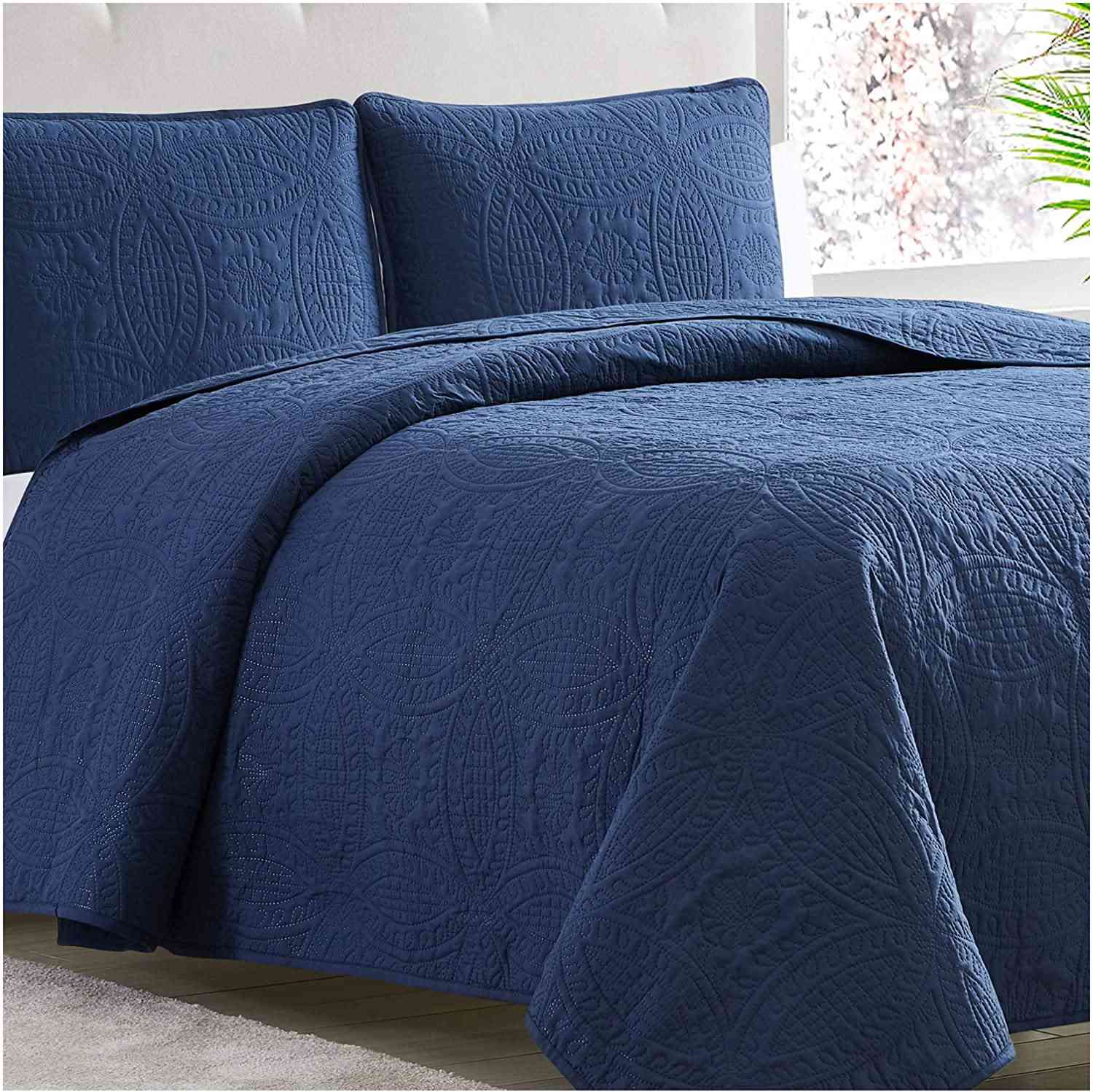 When the weather turns warm, this lightweight coverlet set from Mellanni is a stylish way to sleep comfortably. Made from 100 percent microfiber, the textured coverlet is the perfect weight for summer nights—not too hot, but it still helps you feel cozy. The set includes a bedspread and two shams, and it's available in full/queen or king/California king sizes. Choose from 15 colors and patterns, including navy blue, gray, and olive green.

Also helpful: This set is easy to care for by machine washing and drying, and it's resistant to fading, stains, and wrinkles. Combine that with an affordable price and this coverlet set is hard to resist. 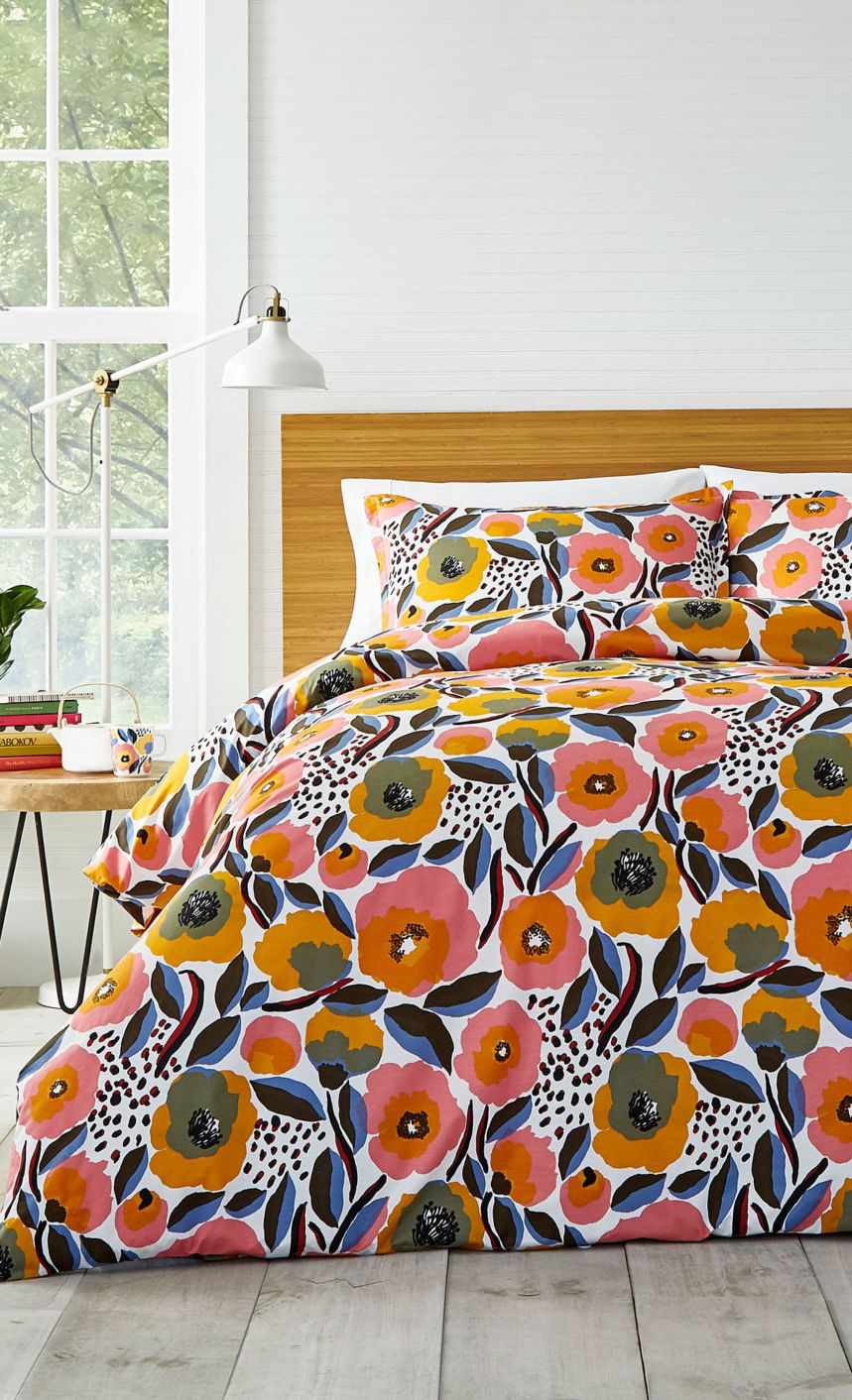 View On Marimekko.com View On Overstock

If you already have a comforter you like, you can get a duvet cover set to give your trusty blanket a new look. The Marimekko Rosarium Duvet Set is a gorgeous option that will brighten up your bedroom decor.

The set includes a duvet cover and two shams made from 100 percent cotton percale with a 200 thread count, and it feels crisp and cool. The floral design features bold colors that pair well with a variety of sheets, from classic white to brighter shades of pink, orange, and blue. And for easy care, the set is machine washable and the duvet cover has button closures and additional ties to help keep it in place on your comforter.

The Best Duvet Covers, Tested by Our Experts 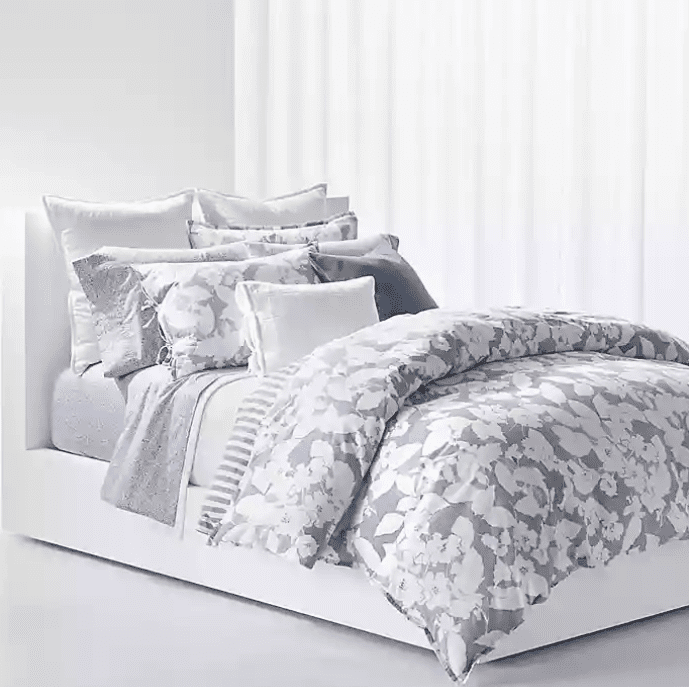 Nothing gives a bedroom a homey touch quite like a beautiful floral comforter. If you’re going for an elegant, feminine vibe, you’ll love the Lauren Ralph Lauren Willa Reversible Comforter Set, which sports a timeless oversized floral print.

This set comes with a reversible comforter and two pillow shams, which are made from a cotton percale fabric—ideal for summer. One side has a blue-gray floral pattern, and the other features a simple striped design. 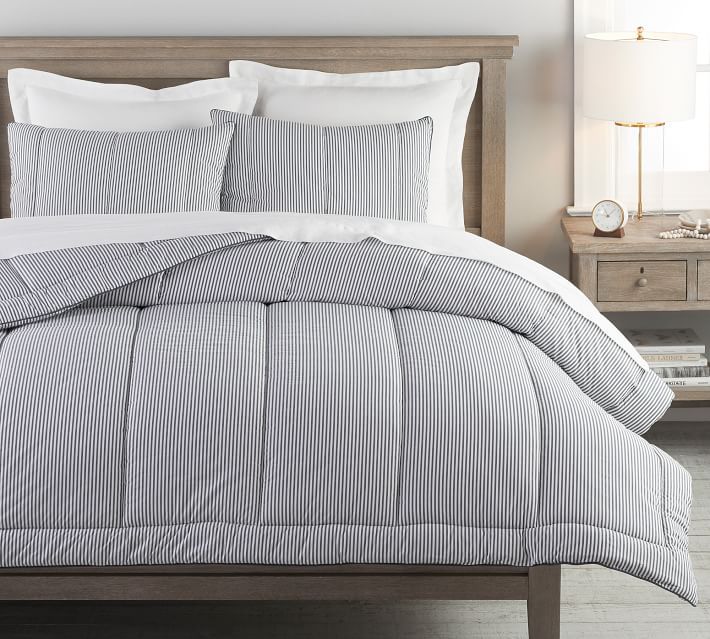 Another classic comforter pattern is stripes, and we can’t get enough of the Wheaton Stripe Percale Comforter & Shams. The comforter and shams are sold separately, and they’re made from 100 percent organic cotton percale and OEKO-TEX certified, so they’re free from potentially concerning chemicals. The 250-gram comforter is filled with 100 percent polyester to keep you cozy while you sleep. Plus, the thin gray-tone stripe pattern is versatile and pairs well with both solid and print sheets.

The comforter is available in full/queen and king/California king sizes, while the sham comes in standard, Euro, or king sizes, and the set is machine washable.

With a chic, modern design, the Urban Habitat Auden Comforter Set (view at Bed Bath & Beyond) is our top choice, and it has everything you need in a comforter set at a totally affordable price. For a super budget-friendly set, opt for the Utopia Bedding Printed Comforter Set (view at Amazon), which is made from cozy microfiber with a chic geometric design.

What to Look for in a Comforter Set

﻿Do you need a whole bed-in-a-bag, or do you just want to match your comforter to your pillows? Basic comforter sets include just sham pillowcases and a comforter, but plenty of sets include add-ons like sheets, bed skirts, pillowcases, and even duvet covers for a more cohesive look.

Just like regular bedding, comforter sets come in a range of fabrics and styles. There are more luxury sets available if you're looking for quality cotton sheets with high thread counts, but if you're on the hunt for budget bedding, look for polyester material instead. Most importantly, always check if your comforter is washable or has a removable, washable cover for easy cleaning.

Why Trust The Spruce

This article was edited and researched by Cristina Sanza, a lifestyle writer specializing in home products and organization hacks. To keep our product picks current, she reads customer reviews, third-party articles, and brand websites. She owns and loves the Marimekko Rosarium Duvet Set, which is comfy and colorful. Additional reporting was done by Ashley Abramson, a lifestyle writer whose work has also appeared in the New York Times, MyDomaine, Allure, Washington Post, Apartment Therapy, and more. 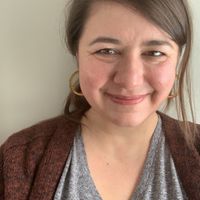 Ashley Abramson
Ashley Abramson is a freelance lifestyle and home writer based in Milwaukee, WI.
Learn more about The Spruce's Editorial Process
Article Sources
The Spruce uses only high-quality sources, including peer-reviewed studies, to support the facts within our articles. Read our editorial process to learn more about how we fact-check and keep our content accurate, reliable, and trustworthy.
Continue to 9 of 10 below.