Fun games that focus on teamwork

Written by
Austin Fracchia
Austin Fracchia is a writer specializing in home design, DIY projects, and technology. He has written for Best Reviews, TechDigg, Wikimotive, and more.
Learn about The Spruce's Editorial Process
Austin Fracchia 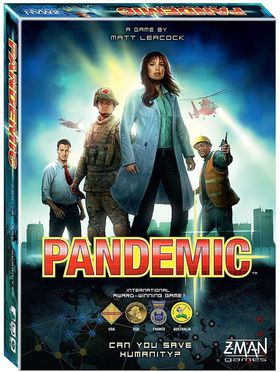 While many cooperative games are geared towards children, the very best have something to offer players of every age. This is a delicate balancing act.

On one hand, you don't want a game that is too complex for younger players to understand and enjoy. At the same time, they can't be too simple to bore the average adult. The perfect game for everyone starts with a simple premise and gets more advanced as you play.

What brings people together more than an old fashion pandemic outbreak? Part medical mystery, part Zombie-like apocalypse, Pandemic replicates the popular movie trope of curing an outbreak before humanity dies out. Players use various cards with different scenarios to contain, diagnose, and cure the pandemic before it spells the doom of the human race. 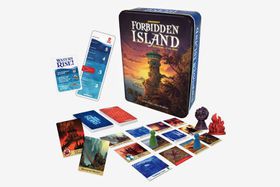 Buy on Amazon Buy on Barnesandnoble.com

When you're looking for an affordable option for your next game night, your options are limited. Gamewright's Forbidden Island manages to check a lot of boxes by providing budget-friendly, cooperative gameplay that's a lot of fun.

For once, people can partake on an island adventure without having the night turn into an episode of "Survivor." This game is all about collectively discovering all that the Forbidden Island has to offer.

The “island” is made up of arrangeable terrain tiles for players to explore. The only problem is that the surrounding water continues to rise and consumes the island as you go. Collecting treasures and discoveries, this game has a lot to teach about teamwork and strategy.

Children can learn early about the cooperation and teamwork skills they will need later on in life. Cooperative games can help with this and educate children without turning it into class time. A lot of the time, kids don't even realize that they're learning.

Peaceable Kingdom’s Owl Hoot teaches kids simple strategy and communication skills. The goal is to work as a team to help owls fly back home before the sun comes up. To do this, players play a color card showing where the owl will fly and once enough cards are connected, everyone wins.

This game is easy to understand and acceptable for children down to the age of four because there's no reading involved. Parents and adults can also play so the whole family gets involved.

Some games can get really complex and include too many narrative elements that may confuse players. That's why a simple board game can go a long way. Add to that a cooperative game that unites players of all ages and you're sure to have something everyone can enjoy.

Race to the Treasure! is a perfectly simple game. It has players collectively work to create a path to the treasure. Each player contributes a card to progress the path while racing against an Ogre.

This game is well-suited for young children learning basic communication and cooperation skills. Each round can accommodate two to four players at a time.

Strategy games provide some of the best opportunities for teamwork and bonding. Unlike more competitive games, a typical strategy game creates certain challenges and tasks that can only be accomplished through cooperative play. By banding together, coming up with different roles, and supporting each other players learn how some situations cannot be solved alone—just like in real life.

The Grizzled is a short game that provides round after round of unique gameplay. It takes two to five players back in time to World War I.

Working as a team, players have to navigate threats and enemy soldiers to survive fighting in trenches until peace is declared. The gameboard is made up of different symbols and environment cards that players have to avoid matching.

The difficulty level is determined ahead of time, so this is a beginner-friendly option as well.

Traditional games that pit family members against each other have the potential to end badly. Who doesn't have at least one memory of arguing with your siblings about game rules or someone cheating?

A better alternative for your next family game night may be a cooperative game. It will get everyone on the same page while providing the same level of excitement and adventure as more competitive options. Kingdomino is a perfect choice and you're sure to avoid the usual family arguments.

Kingdomino takes the game of dominoes to the next level. It throws a detailed gameboard and 3D castles into the classic game to create a fun medieval environment. Players have to surround the castle by choosing different tiles to occupy.

A two-person version is also possible that can teach the gameplay basics to beginners.

Sometimes, it is nice to a play game that you are familiar with. Even if you've never played it before, something based on a familiar story, TV show, or movie will give you an instant leg up in understanding the basic premise and context involved. You'll spend less time teaching and more time getting to the fun and excitement.

The Harry Potter kids can never quite seem to avoid the troubles that the wizarding world throws at them. USAopoly’s Harry Potter Hogwarts Battle recreates some of the book and movie conflict using cards, dice, and a gameboard that puts Hogwarts at your fingertips.

Players can assume the role of Harry Potter, Hermione Granger, and other popular characters. You'll master spells, uncover items, fight enemies, and recruit allies to fight against evil wizards and monsters. Sounds like a great way to spend a night, doesn't it?