The Best LGBTQ+ Books to Read During Pride Month 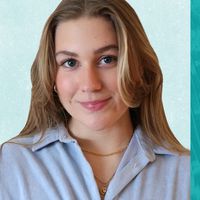 This Pride month and beyond, add these books featuring LGBTQ+ characters and storylines to your "to be read" list. Whether a parent, teacher, or book lover yourself, there's something below that might fit your interests and age range. Read ahead for personal memoirs, children's books, adult fiction, and young adult stories that highlight and celebrate the LGBTQ+ experience.

View On Amazon View On Barnesandnoble.com View On Bookshop.org

Forget everything you know about Greek mythology: Madeline Miller subverts the story of the famous Achilles by displaying it through the eyes of his friend and confidant, Patroclus. Be sure to have tissues on his hand for this story of love, friendship, family, and sacrifice in ancient times. Though tear-worthy, this heartwarming story makes the perfect comforting read to curl up with after a long day.

The Seven Husbands of Evelyn Hugo

View On Amazon View On Target View On Barnesandnoble.com

The first of Taylor Jenkins Reid's decade series, "The Seven Husbands of Evelyn Hugo" follows the it-girl movie star of the '60s and the story of her career and her many husbands. Discover the truth about fame and love from Evelyn herself as she reflects on her many years in the spotlight. Be sure to read this one quickly before its Netflix adaptation comes out.

We Are Little Feminists: Families

If you want a children's book that portrays LGBTQ+ families and allies in a fun and colorful way, look to the first board book to win an American Library Association medal. Part of the Little Feminist brand, "Families" showcases beautiful, real-life photos of families and uses digestible and informative language to celebrate different sexualities and genders. It's created for kids up to 5 years old.

Pink Is For Boys

Speaking of children's books, "Pink is for Boys" rethinks the gendered connotations behind blue and pink. The author, Robb Feldman, features a diverse cast of characters who celebrate their individuality with every color of the rainbow. Parents and kids alike can delight in the charming illustrations and heartwarming message.

Named one of the best books of 2021 by more than 20 publications, "Detransition, Baby" follows the lives of three women, both transgender and cisgender, whose lives come together after an unexpected pregnancy. Torrey Peters navigates the limits of womanhood and gender in a deeply moving and intelligent way, making this novel a must-read.

View On Amazon View On Barnesandnoble.com View On Booksamillion.com

You may have seen "Heartstopper" come up on your Netflix home page, but it was actually a graphic novel by Alice Oseman before becoming the hit show. The heartwarming story follows Charlie Spring and Nick Nelson as they grow closer and closer while dealing with the daily woes of high school. "Heartstopper" now has four volumes as Charlie and Nick's relationship grows.

View On Amazon View On Barnesandnoble.com View On Thriftbooks.com

For a classic novel with LGBTQ+ themes, you can't go wrong with "The Color Purple" by Alice Walker. The storyline follows a poor black woman named Celie as she reflects on her life through letters. She finds solace in her close friend Shug as she deals with hardships. While a beautiful tale, be sure to look up trigger warnings before reading as it does deal with many dark themes.

You may be familiar with this author and illustrator from the Bechdel test, which tests movies based on whether two female characters have a conversation based around a man or not. "Fun Home" by Alison Bechdel is a graphic novel about her upbringing coming to terms with her own (and her father's) sexuality. Also developed into a Broadway musical, this comedic story takes place around her family's funeral home while dealing with real conversations surrounding family and the secrets within.

In the Dream House: A Memoir

For a dark story about a relationship gone wrong, read "In the Dream House" by Carmen Maria Machado. Machado traces how physiological abuse shaped her into who she is today, while adopting a different narrative trope in every chapter. While telling her own story, the author proves her mastery of writing, observing her own situation from different angles and lenses. Again, this book does deal with domestic abuse, so be sure to check for trigger warnings.

From Gay to Z: A Queer Compendium

For a bit of LGBTQ+ education, check out "From Gay to Z" by Justin Elizabeth Sayre. The witty, illustrated collection features iconic themes and people of gay culture told through the alphabet. Perfect for all ages, this informational, yet entertaining book highlights gay history in a fun way for casual reading or light research.

Another classic worth adding to your bookshelf is "Giovanni's Room" by James Baldwin. The groundbreaking novel set in the 1950s follows David, a young American in Paris who has just proposed to his girlfriend. However, he soon after meets a bartender named Giovanni who catches his eye. This moving story follows what comes after David attempts a journey of self discovery.

Under The Udala Trees

View On Amazon View On Barnesandnoble.com View On Bookshop.org

"Under the Udala Trees" has many accolades and nominations under its belt, including a New York Times Book Review Editors' Choice. Protagonist Ijeoma comes of age among civil war in Nigeria. While displaced, she meets another child fleeing violence, and the two girls fall in love. Struggling with displacement, diaspora, and varying identities, the two find comfort in each other in this beautiful novel.

You Should See Me in a Crown

View On Amazon View On Barnesandnoble.com View On Scholastic.com

For those above picture books, but not quite ready to dive into "The Color Purple", there are plenty of authors reediting the young adult genre to include more diverse characters in terms of race, ethnicity, and sexuality. Leah Johnson's "You Should See Me in a Crown" follows Liz Lighty and her plight to win prom queen to receive a scholarship to follow her dream of becoming a doctor. But, when she develops a crush on her competition, her whole plan becomes a bit more complicated.

Hola Papi: How to Come Out in a Walmart Parking Lot and Other Life Lessons

John Paul Brammer launched his career as an advice columnist for the wildly popular "Hola Papi." In his memoir of the same name, he tells the story of first hearing the moniker on the gay hookup app Grindr, along with other comedic tales of growing up biracial and gay. The story hints at his past career, sharing stories framed as answers to questions he may received from anonymous senders seeking answers to the questions of life and love alike.

I Am Perfectly Designed

Karamo Brown of Queer Eye fame published children's book "I Am Perfectly Designed" in 2019 to celebrate modern, diverse families. The charming story follows a boy and his father as they walk through the city, meeting diverse characters along the way. The important message of the book shows children they are fine as they are, no matter their differences from others.

Julián Is a Mermaid

Another great children's book aimed at kids' ages 2 to 6 is "Julián Is a Mermaid" by Jessica Love. Inspired by three ladies in extravagant, fabulous outfits, young Julián sets out to design his own mermaid costume. However, his plans are thwarted by worry of what his Abuela will think when she sees him. Featuring beautiful illustrations, this book is a joyful celebration of self-love and expression at any age.

Last Night at the Telegraph Club

Malinda Lo's "Last Night at the Telegraph Club" follows 17-year-old Lily Hu as she comes to terms with her feelings for her classmate, Kathleen Miller. Her feelings definitely grew under the flashing lights of a lesbian bar called the Telegraph Club, where she snuck off to during the night. However, the two girls must risk a lot to showcase their love freely in 1954 Chinatown.

While many adult novels exploring LGBTQ+ themes can feature hard themes of loss, homophobia, bullying, and more, "The Guncle" subverts this expectation with a hilarious tale featuring a gay protagonist. After a family tragedy, Patrick, a once famous sitcom star, becomes legal guardian of his niece, Maisie, and nephew, Grant. The three reconstruct what it means to be a family, with a story full of humor and heart.