The Best Time to Buy a Lawn Mower 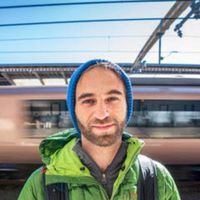 Drew Zieff
Drew Zieff is a writer specializing in home and lawn products for The Spruce.
Learn more about The Spruce's Editorial Process
Fact checked by
Sarah Scott

While you can't always control when exactly you'll need a new lawn mower, you can somewhat control the price you'll pay. We polled lawn mower experts from retailers like Home Depot, Machinery Pete, Stotz Equipment, and Trevor’s Power Equipment to get their insight. The overall consensus was that timing is a factor worth considering when shopping for a new lawn mower, since the time of year you shop will dictate the price.

Read on to learn more about when to purchase a lawn mower.

The Best Time to Buy

Savvy shoppers tend to time their purchases to coincide with supply and demand cycles. Nicole Weaver, a product analyst with Machinery Pete, a marketplace for used farm equipment says that Lawn mower sales skyrocket from April to September every year. These sales, she explains, then tank in October. This makes sense, as grass flourishes between the spring and summertime, and homeowners spend more time outdoors taking care of their lawns.

When supply is high leading into the busy season but demand is still relatively low, cream of the crop mowers are available, and it’s possible to score a deal. However, when demand spikes discounts are virtually nonexistent and top models can sell out. Once the demand dies down, it’s your best chance to score a significant discount on an older mower as dealers clear their shelves.

At the beginning of each year dealers tend to build their inventory, but units don't move as quickly. This is why it can be wise to hold out and purchase your lawn mower between February and March. Trevor Carpenter owner and technician at Utah-based Trevor’s Power Equipment, affirms that pre-season sales and previous year models offer buyers the opportunity to purchase a quality mower at an affordable price during these months.

Matt Webster of Stotz Equipment, a Utah-based John Deere dealer agrees. “The best time would be the end of February, early March. That’s when you’ve got a chance of having the best available incentives to you.”

Big retailers run sales from the end of February through March, and shoppers may be able to save 10 to 20 percent.

As Weaver mentioned, demand begins to spike in April.  However, particularly in the first half of the month, it’s worth visiting your local dealers. “Beginning of the season means companies are putting on specials to get people interested,” says Carpenter. He mentions that while you may not save as largely as you would in other months, April is still a great time to buy.

Thanks to the slow start of demand before summer you can potentially save up to 10 percent if you purchase in April.

Demand putters out in October, making it a great time for deal hunters to prowl the market. "End-of-season deals clear up space for snowblowers and make way for next year's new deals," says Carpenter. Keep in mind, you likely won't find any brand new models around this time, but you might be able to get a great deal on last season's standout.

You can likely save up to 10 percent if you purchase in October.

If a company still has mowers on deck come December, they will most likely want to get rid of them to make way for next year's models, says Carpenter. But you shouldn't depend on this month to be your best bet. Another possibility is that deals may materialize "if the snow season is weak, business is slow, and they need the revenue," added Carpenter. On the flip side, you won't be able to test out your new lawn mower until spring, so you won't know if something is broken, missing, or askew upon purchasing.

The Worst Times to Buy

While April is still a decent time to shop, demand grows tall as switchgrass from May through the heart of busy season. Showroom floors can start to look sparse in summer, and discounts are nowhere in sight, aside from occasional sales. If you can time your purchase with a Fourth of July or Father’s Day sale, the more power to you. However, it’s best to let the busy season run on by.

It’s worth noting that because the mower market is competitive, you may not always find the high-percentage discounts you'd expect. “Typically, everyone comes in in the fall wanting some crazy, rock-bottom price,” says Webster. “And we don’t have big margins on these items anyways, so it’s not like we can knock thousands of dollars off.”

Keeping these small margins in mind is key when shopping for a new mower. According to Jeff Ovitt, an 18-year employee of Home Depot, lawn mowers typically don’t go on sale. In his nearly two decades at Home Depot, Ovitt claims he hasn’t seen a new mower discounted for more than 10 percent off.

Carpenter agrees, noting that sometimes, the best bet is to look for extra perks like warranty registration, assembly, free delivery, or a free tank of fuel.

The best way to get better margins is to look at used mowers. 60 to 70 percent of MSRP is possible from used dealers, while you may score mowers for significantly less from individual listers.

Many dealers only service the mowers that they sell in-store, and some big box stores don’t service everything they sell, so it’s important to know your local repairman, says Carpenter. That way, you can make sure that if you need a repair you can get it done quickly, affordably, and professionally.

As someone who’s seen more than his fair share of mower motors up close, Carpenter advises you to choose a brand with recognition. He recommends Honda and Toro. “You may pay more, but the longevity of the unit will offset the cost of buying a new machine every couple of years.”

Other motor brands he likes are Briggs and Stratton, Kohler, and Kawasaki (the latter of which is less likely to be seen). "A lot of the engines that are no-name or generic American words are made in China and are low quality, with hard-to-find or unavailable parts.”

Carpenter recommends a thorough field test when purchasing a used mower. He says it's important to make sure it cuts grass, the drive works, no abnormal clattering or squealing noises, and that there's no excessive vibration in the handlebar.

This is particularly important with regards to used mowers. “A few pictures can’t tell the whole story of the piece of equipment, and you want to know exactly what you’re spending your money on,” says Weaver. “Turn it on, listen to how it sounds, and look at all the important pieces. Buying a lawn mower can be an investment, and you want to feel confident in what you decide to purchase.”

Just like you want to pop open the hood on a used car before you fork over the money, check the nuts and bolts of a used mower. “Be sure to check the oil and air filter before buying. Are they clean? Has the mower been repaired recently?” suggests Carpenter. “Buying a repaired unit is definitely better than buying someone’s old junker they've had around for years and hasn't been used for a while.”

The best months to purchase a lawn mower are March, April, October, and December.