What to Buy Toy Reviews Gifts for Kids

The 7 Best Toys for 8-Year-Old-Girls

Fun gifts that are sure to make her smile

Whether you are looking for your own child or a gift for another kiddo in your life, the greatest toys for 8-year old girls encourage them to use their minds, engage their imaginations, and have fun. Luckily, there are tons of options out there, from card games to jump ropes and beyond, that make finding a gift easy.

Picking a toy can be almost as fun as playing with one, especially when the whole family gets to participate. Just be sure to consider each pick's recommended age, safety, and educational value to narrow down the choices while you shop. 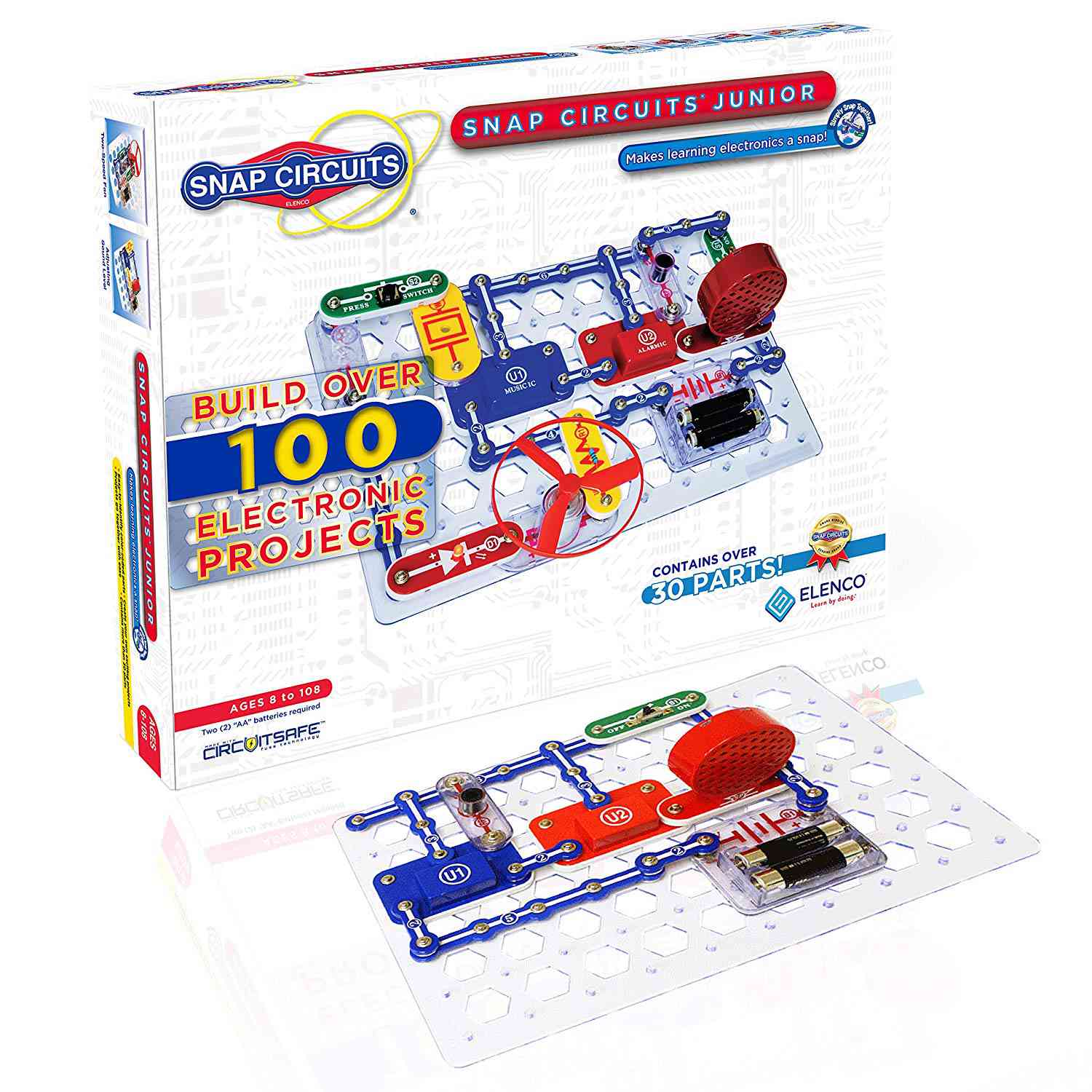 4.6
View On Amazon View On Walmart View On Best Buy

STEM (science, technology, engineering, and math) skills are invaluable to school-age children as these subjects help them excel in high school and beyond. If you know an 8-year-old girl who’s interested in any of these, the Snap Circuits Jr. SC-100 Electronics Discovery Kit makes for an amazing educational toy.

The kit is a great gift for an 8-year-old girl, as it lets them get hands-on experience designing and building real electrical circuits. Thanks to the cool snap-together pieces, there are no tools required. Instead, kids get to design circuits with the 30 included parts, working to achieve goals such as lighting a bulb or powering a siren. As they complete each project, children will learn about electricity, all while having a blast!

Snap Circuits Jr. has more than 5,000 glowing reviews from parents who say it's a wonderful educational kit for children. While the product is entertaining for everyone, regardless of gender, it definitely makes a perfect gift for a curious 8-year-old girl.

If you're looking for a moderately priced yet incredibly fun toy for an 8-year-old girl, you should definitely consider the Melissa & Doug Suspend Family Game. This entertaining balance game can be played with a group or alone and will provide hours of entertainment for school-age children.

The premise of this game is simple: Players take turns hanging wire pieces from the included stand. As every new piece is added, the balance of the stand shifts, leaving the structure wobbly. The challenge is to add as many pieces as possible without the whole thing tumbling down. You can play this game with one to four people, and it's appropriate for anyone ages 8 and up. Plus, it helps improve hand-eye coordination and critical thinking skills! 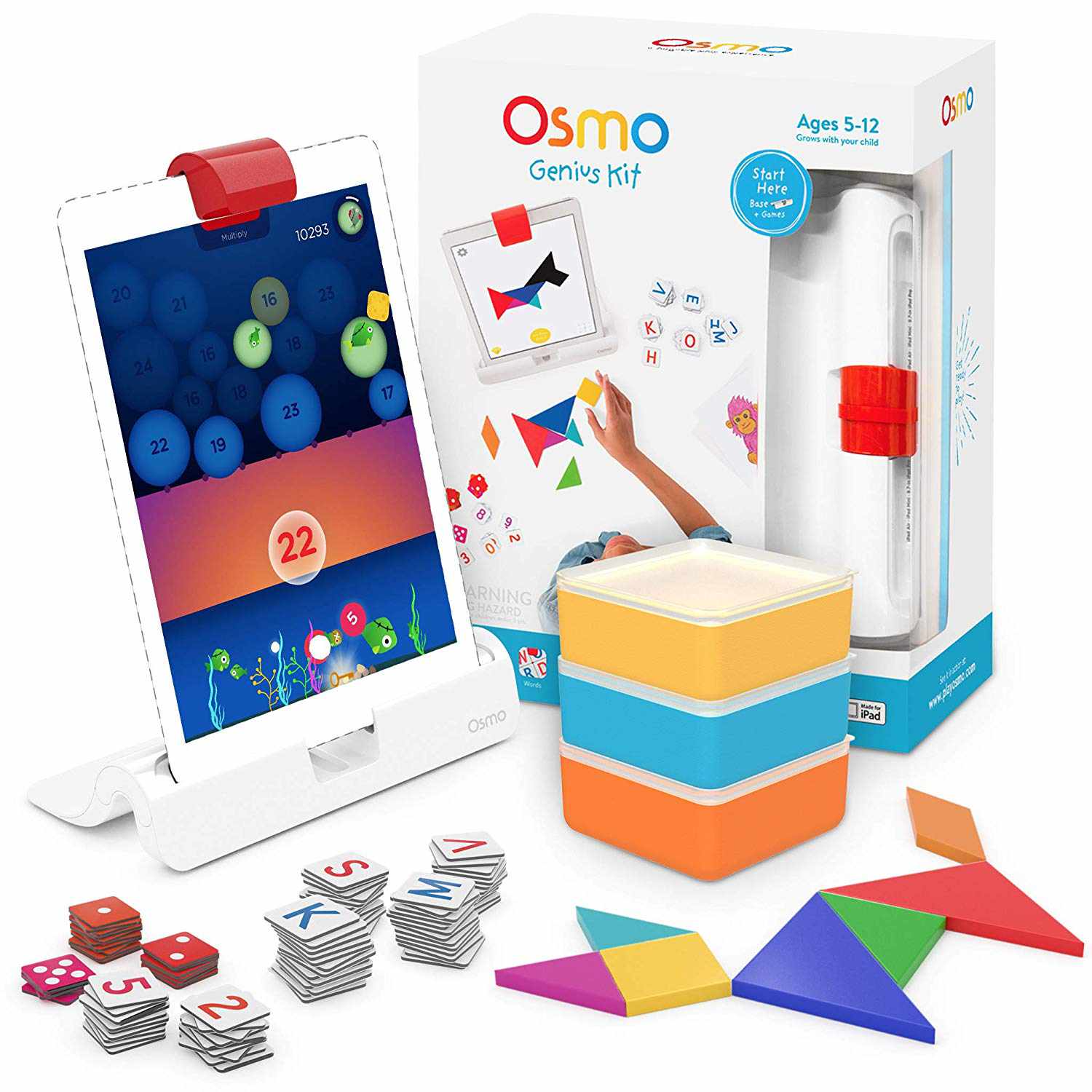 View On Amazon View On Walmart View On Best Buy

It's no secret that kids today are incredibly tech-savvy, which is why they’ll love a toy like the Osmo Genius Kit. This electronic toy is the perfect combination of entertaining and educational, and it’s won several awards thanks to its unique gameplay.

To use Osmo, you'll need an iPad, which you can mount on the included base. Kids ages 5 and up will then be able to play five hands-on games that use a combination of physical pieces and on-screen puzzles to encourage creativity and problem-solving skills. The Genius Kit helps kids improve in subjects like math, spelling, and drawing as well.

While the Osmo Genius Kit is on the more expensive side, many reviewers say their children get a lot of use out of the games. Most agree the activities are incredibly fun for school-aged kids, and they help develop important skills, all while keeping kids entertained. However, the downside is that this toy only works with an iPad, not tablets from other brands.

Many young kids discover a love for crafting at this age, whether it’s drawing, painting, sewing, knitting, or something else. If you have a young craft-lover in your life, why not get her a kit like the Klutz Sew Mini Treats?

This highly-rated kit comes with everything young kids need to create their own adorable miniature stuffed plushies. This particular kit will teach girls how to sew 18 mini treats, including plush cookies, watermelon, muffins, and more. You’ll receive felt, floss, embroidery needles, polyester fill, as well as paper patterns and pre-cut eyes and cheeks. No sewing experience is necessary to enjoy this crafting kit, which makes it perfect for 8-year-old girls.

The Klutz Sew Mini Treats kit is great for beginners, as the instructions are easy to follow and there are lots of helpful diagrams. Some reviewers note that younger children may need help with the projects, but it can be a fun experience to work on sewing together.

Looking for a card game that’s perfect for 8-year-old girls? Then you should definitely look into Monopoly Deal, which is a favorite of many families thanks to its fast-paced, addicting gameplay. This card game is appropriate for young players, and it’s a much more manageable alternative to traditional Monopoly.

You can play Monopoly Deal with two to five people, and it’s recommended for children 8 and up. In the deck, there are cards for every traditional Monopoly property, as well as various action cards. The goal throughout the game is to collect several full property sets.

To play, everyone takes turns picking up cards from the deck and playing action cards, which allow you to charge other players rent, steal their cards, or demand money. Players will then build up property sets and earn money until someone is crowned the winner!

One great thing about this card game is that each round usually takes 15 minutes or less, letting you play multiple rounds in one sitting. Reviewers rave about Monopoly Deal, calling it addicting and great for all ages, which is why it makes a great toy for 8-year-old girls. 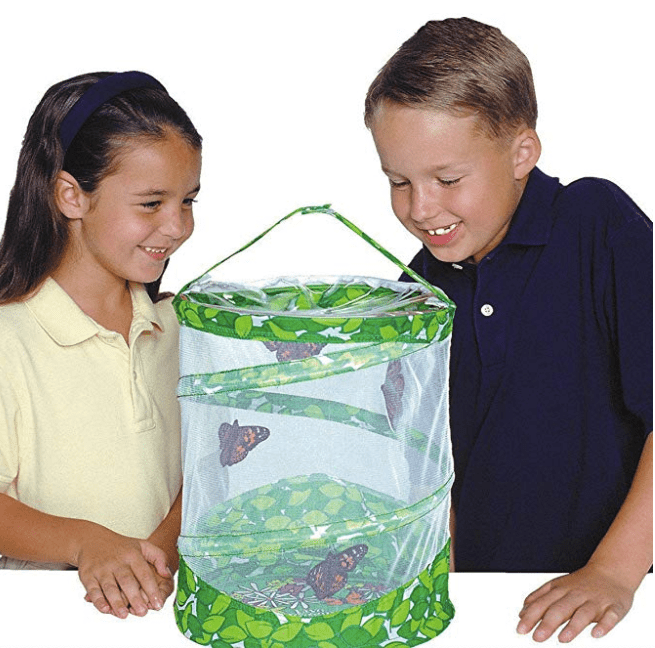 Budding scientists will absolutely love the Insect Lore Butterfly Growing Kit. This toy includes almost everything young girls need to hatch their own butterflies, allowing them to witness this amazing natural process.

It’s important to note that this purchase does not contain caterpillars—you’ll receive a voucher for them and you must place the order separately. One downside reviewers note is you have to pay an additional shipping and processing fee when you order your caterpillars.

According to parents, young girls will be riveted as they watch crawling caterpillars enter cocoons and emerge as butterflies. Most agree this product is reasonably priced and makes a great toy, as long as you don’t mind having to order the bugs separately.

Encourage 8-year-old girls to spend more time outside with a toy like the Green Toys Jump Rope. There are no bells or whistles to this product—it’s simply a kid-friendly jump rope—but it still gets top marks from parents who say it’s a favorite for their children.

The Green Toys Jump Rope comes in two colors, pink and green, and it’s ideal for children ages 5 and up. The handles are made from BPA-free recycled plastic and the rope itself is made from 100 percent cotton, so it won’t hurt if kids accidentally hit themselves while jumping. The rope is 7 feet long, but it can be adjusted to fit your child’s height.

Reviewers say this is a great jump rope for beginners, as it is soft and durable. Many like that you can adjust the length to accommodate children of various ages. Overall, parents agree that this is a must-have toy for any household.

We bought and tested a top-rated toy for 8-year-old girls. Our reviewers' children spent 14 hours playing with it multiple times over the course of several days. We asked our testers to consider the most important features when using this toy, from age appropriateness to educational value. We've outlined the key points here so that you, too, know what to look for when shopping.

What to Look For in Toys For 8-Year Old Girls

Kids in this age group are sensitive to toys that seem too babyish, but still enjoy toys that are geared for children. To strike the right balance, look for a toy that is recommended for 8-year olds and is tailored to your child’s interests. A game that is designed for the whole family is another great way to choose a toy that you can play with them.

Make sure that you and your child follow any recommended safety precautions, such as wearing eye protection or protective gear. Kids in this age group can benefit from a friendly safety reminder, but you can make it fun by including a new helmet or goggles in with your gift.

Kits make great gifts for 8-year old girls, since they can participate in a fun activity and learn a new skill at the same time. STEM toys are another great way to incorporate science, technology, engineering, and math into play. No matter what your child is interested in, chances are there is a toy out there that can help her further explore the things that she loves.


Talk to your child to find out what her passions are. Teacher and literacy coach Alicia Drozd has seen the impact that student choice has in the classroom when studying non-fiction texts. “I think the fact that the students get to choose really makes a difference. We had a student who studied global warming and later our town made the decision to stop giving out plastic bags based on his presentation and learning.”