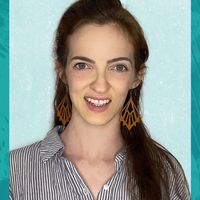 Jenny Hughes has been an Editor at The Spruce since February 2021. She currently oversees all gardening and home decor content, assigning, publishing, and managing content. Her expertise ranges from home decor and DIY to gardening.

With around 50 house plants that all had to share two windows facing the same direction, there was a real battle for light between my leafy green babies. The philodendron Brasil grew variegated leaves in front of the pilea glauca; the dragon tree cast a shadow over everything behind it; and the spider plant’s large pot and sprawling leaves blocked so much light that I couldn’t put plants on the adjacent bookcase.

Keeping so many plants on the floor, I was starting to look like a hoarder. It reached a point where they had taken over an entire side of the room, and I was considering swearing off buying plants. And when I was about to lose my mind, Bloomscape suggested I try their new plant stand and plant stool. 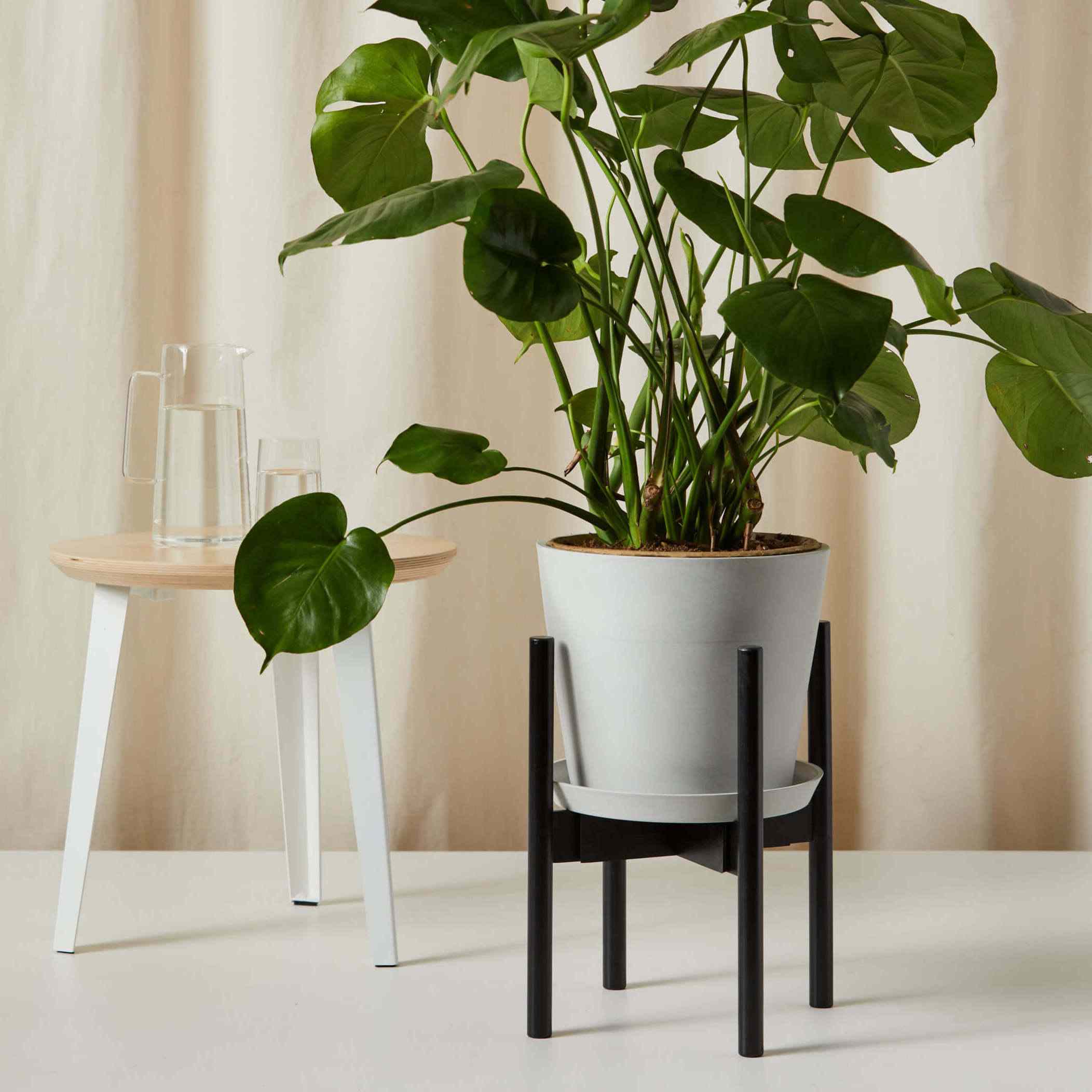 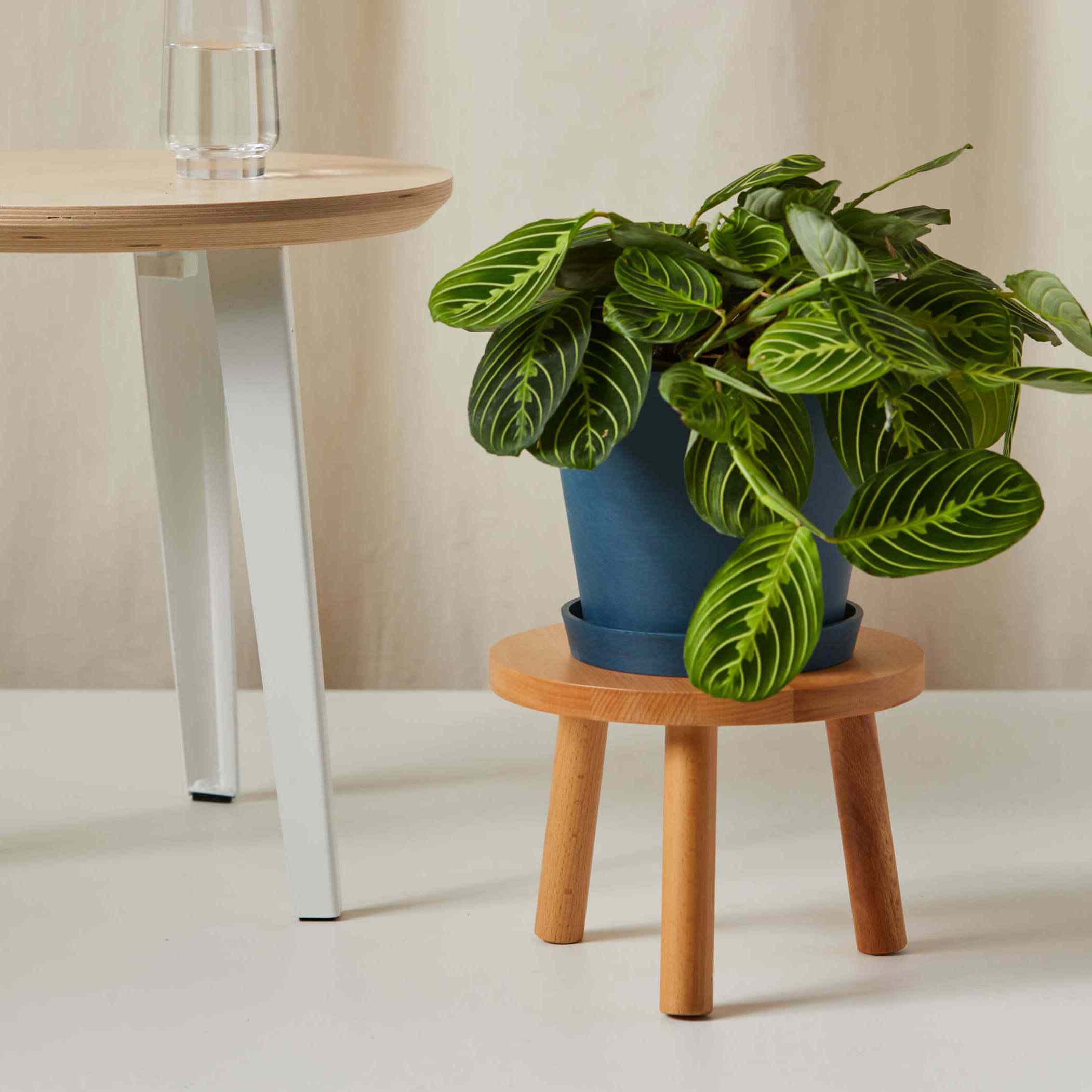 They arrived in slim boxes decorated with illustrations, and the setup was so easy I didn’t need to look at the directions. A screw, a backup screw, and an allen key were included.

Both the stand and the stool are incredibly sturdy, almost like I could stand on them and they would support me (which, technically, they would since they can hold up to 200 lbs, though I don't think I'll test it). Unlike the one other plant stand I own from a big-box home store, Bloomscape’s plant stand isn’t wobbly at all.

Using the stands and stool allows me to place plants where they otherwise couldn’t have been.

Of course, there’s the obvious benefit of getting the plants up off the ground—my apartment looks more purposefully decorated and I look less like a plant hoarder. The sleek minimalist, midcentury look works perfectly in my space. One thing I hadn’t considered was how using the stands and stool allows me to place plants where they otherwise couldn’t have been. It’s the magic of elevation.

The floor in the back corner of my bedroom is in shadow all day and isn’t suitable for plants. But sitting on a plant stand up about 9” off the ground, my spider plant gets sunlight all day, and the Janet Craig gets some afternoon rays. I was able to move three plants into the bedroom by using the plant stool to hold two smaller plants.

With the spider plant out of the way and the monstera deliciosa perching on the plant stand, the shelves of my bookcase near the window were finally getting some sunlight. I've moved more plants off the floor, arranging them strategically on the bookshelves. Inspired by the stool and stands, I’ve been varying the heights of those plants too, setting them on books, small dishes, and boxes, so they can get the light they need.

The diameter of the stand is adjustable, so whenever I repot the monstera (which I’ll have to do soon now that it’s growing like a weed), the plant stand will expand to accommodate it. And both the stool and stand are weather proof. I could put them outdoors if I wanted, but I need them too much inside to put them out on my balcony.

For the sturdiness, durability, versatility, and style, I think the Bloomscape plant stand and stool are well worth the cost. I'll probably end up buying more. Did it fix the problem of how much space my plants take up? No, but at least they aren't on the floor anymore.

Editor’s note: The writer received product samples, but all opinions are their own.