An absorbent, stylish towel you’ll want to show off 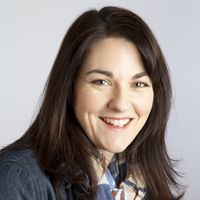 Super lightweight, absorbent, and exploding with color, the Cacala Cotton Pestemal Turkish Towel is perfect for toting to the beach, especially since it can double as a sarong. Plus, these towels will add a touch of bohemian style to your bathroom.

View On Amazon View On Walmart
5

We purchased the Cacala Cotton Pestemal Turkish Towel so our reviewer could put it to the test in her house. Keep reading for our full product review.

Cacala Cotton Pestemal Turkish Towels are among the most popular brands of Turkish towels available, with more than 1,000 positive reviews from happy users. Turkish towels—also called peshtemals or pestemals as well as fouta and hammam towels—are famed for their ability to absorb water quickly without requiring the bulky weight of more traditional terry cloth towels.

Because they’re thin, they dry quickly, making Turkish towels perfect for traveling and for use in humid areas. Usually woven in decorative patterns with fringed ends, these smooth, lightweight towels are stylish enough to do double duty as sarongs, shawls, scarves, blankets, and throws.

We wanted to see if the Cacala Towels lived up to the hype, so we used them for several days to test their performance. Here’s what we found.

The Cacala towels are woven on looms in Turkey and made from 100 percent Turkish cotton, a long-staple variety of the fiber. What does that mean? Long-staple varieties of cotton produce longer fibers. The longer the fibers, the easier they stick together when being spun into thread. As a result, thread from long-staple cotton is smoother and stronger since it has fewer exposed fiber ends. It resists pilling and tearing and will get softer with each wash.

This variety of cotton, combined with the flat weave of traditional Turkish towels, makes them perhaps the lightest, fastest-drying, and most absorbent towels we’ve come across. This is particularly important in humid climates or poorly ventilated bathrooms, where thick towels are prone to mildew. Traditional Turkish towels are a fraction of the thickness of standard bath towels, which not only speeds their drying time, but allows them to be folded into a small square. We could see them being great for travel since they take up a lot less space in a suitcase or gym bag.

Cacala’s towels are some of the thinnest around—almost what you’d expect from a lightweight shawl or scarf—and generously sized at almost 3 x 6 feet. That’s about the size of a bath sheet! For comparison, a regular bath towel is usually just over 2 x 4 feet.

The flat weave on these towels gives them a smooth, soft feel. They’re not nubby or rough like some thicker Turkish towels we tried.

Their large size and thin material make them exceptionally easy to tie around your body after a shower or your waist as an after-swim cover-up. Tied around hair like a turban, they had our hair damp-dry in no time, stayed put, and didn’t make us feel like bobbleheads.

The flat weave on these towels gives them a smooth, soft feel. They’re not nubby or rough like some thicker Turkish towels we tried. It helps that they’re made from a lightweight weave, giving them a light-as-air softness rather than a plush softness.

Washing: Not too wrinkly

The Cacala towels were soft right out of the package, but Turkish towels get softer and more absorbent with each wash, so we gave them the recommended three washes before putting them to the test.

Their large size and thin material make them exceptionally easy to tie around your body after a shower or your waist as an after-swim cover-up.

You can machine-wash Turkish towels with warm water, but avoid fabric softeners, which can interfere with their absorption. Since these towels have intricate tassels, we did as recommended and washed them on gentle, away from any garments with zippers, hooks, or hook and loop fasteners. You’ll also want to let them line-dry so the tassels don’t unravel or get tangled. If they felt a little stiff, we simply shook them out or popped them in the dryer on low heat for a quick fluff.

Cacala offers one of the widest range of colors we’ve seen with almost two dozen shades, including both bright colors and neutrals. They can be mixed up to add variety to a bathroom, or you can opt for a matching set. However, they all share the same pattern, which is a colored background with a few variegated white stripes.

Cacala offers the widest range of colors we’ve seen with three dozen shades, including both bright colors and neutrals.

A single Cacala towel costs around $20, which is on the more expensive end of the spectrum. However, they’re cheaper than the towels you’ll find on boutique sites, which generally charge around $40 for a similarly sized towel. Typically, the higher the price, the heavier the weight of the towel or the more complex the design.

Cacala’s towels are the same size as one of its main competitors: Bosphorus Diamond Weave Turkish Towels. However, the Cacala towels are lighter weight, have a simple striped pattern, and boast a wide selection of bright colors that allow them to pass for a boho-style scarf or wrap—they definitely don’t have to stay tucked away in the bathroom! They’re a bit more expensive per towel than the set of four from Bosphorus, and since they’re thinner, they feel less plush.

Check out our other reviews of the best Turkish towels available on the market today.

If you’re looking for a lightweight, summer-ready towel, the Cacala Turkish towels won’t disappoint. They’ll dry you off fast but won’t make you hot. Further, they’re perfect for travel because they pack up small and dry quickly, and they’re pretty enough to be used as an accessory or even a throw blanket.