The Casaluna Waffle Bath Towel Is My New Shower Essential

A super-soft, pleasantly stretchy, ultra-absorbent way to dry off 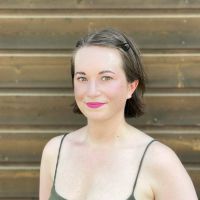 Theresa Holland
Theresa Holland is a freelance writer specializing in home improvement, cleaning, and bedding. She shares her favorite life hacks on her blog The Taboo Textbook.
Learn more about The Spruce's Editorial Process

While it would be nice if it were an inch or two wider, there's no denying the contemporary charm, impressive absorbency, and increasingly soft feel of the Casaluna Waffle Bath Towel.

View On Target
In This Article

We purchased the Casaluna Bath Towel so our reviewer could put it to the test in her home. Keep reading for our full product review.

Waffle weave fabric isn't a new textile, but its current popularity has piqued many interests, including my own. From blankets and throw pillows to dishcloths and bath sheets, you can find waffle-knit products to fill your entire home (or linen closet). I decided to explore the latter and took home a pair of Casaluna Waffle Bath Towels. Color options include light gray, dark gray, white, and light blush. As a member of Generation Y, I couldn't resist the pale rosy hue (AKA Millennial pink).

I recently switched out my kitchen towels for the waffle-weave variety, so I'm not entirely new to the fabric. Having recently bought Casaluna linen bedding, I'm familiar with the brand, too, which is only sold at Target.

Taking these waffle towels out of the packaging, I was immediately pleased with their appearance. The pale blush color looked just like it did online. I was happy to see that the shade was as versatile as I'd hoped, effortlessly complementing my gray and white bathroom. Also, the waffle design has a sophisticated, modern appeal.

Here Are the Best Places to Buy Bathroom Accessories

These 100 percent cotton towels have a somewhat buoyant look, but they aren't bulky at all. They sit neatly in a low stack and don't take up much room on a towel rack, making them ideal for small spaces.

These towels are lightweight and soft with a contemporary charm.

The fabric is lightweight and soft, though not quite as soft as plush terry cloth—it feels more like linen or cotton bedding than a towel. However, like linen and cotton sheets, these waffle towels are supposed to get softer with every wash. The honeycomb structure also supposedly makes them ultra-absorbent, as it collects moisture through the surface and draws it into the mid-layer.

This makes sense in theory, but there was only one way to find out just how absorbent these towels are. The tag indicates they were pre-washed, and since I'm not a germaphobe when it comes to ordering textiles online, I used them a few times before washing them.

They sit neatly in a low stack and don't take up much room on a towel rack.

Getting out of the shower, I was thoroughly impressed with the absorbency, especially considering how lightweight the fabric is. I don't usually think about how long it takes me to towel off, but right away, it was clear waffle towels could shave off a minute or two from my "getting ready" time. I gave my face a couple of gentle pats, dried my arms and legs with a single swipe, and toweled off my entire body within roughly a minute.

As for my hair, I wrapped one of the towels around my head and let it sit for a few minutes. The lightweight design felt comfortable on my head and didn't slip or fall off as I moved around. When I hung the towels back up on the rack, they didn't have a heavy, damp feeling and were dry to the touch within a few minutes.

Waffle-knit textiles are also supposed to shed less than their terry cloth counterparts, and this appears to be the case with Casaluna Waffle Towels. Previously, I had black terry cloth towels, which shed all over the place, so a lint-free material is definitely a plus.

For me, the true lint test is when I get out of the shower and put my contact lenses in. I realize there are probably millions of invisible lint particles floating around my home at all times, but I feel better wearing contacts when I don't see any dark-colored strings in the lenses.

After a few days, I tossed the towels in the washer on a warm/cold cycle with regular laundry detergent. Unlike most bath towels, they don't take up very much space in a washing machine. I hang-dry some of my clothes, yet I'll never be a person who hangs my towels to dry, purely for convenience's sake (see also: putting nice pans in the dishwasher).

The manufacturer says these waffle towels might shrink slightly after laundering. Coming out of the dryer, they looked a little narrower in the middle and somewhat flared on the ends. Measuring 56 x 28 inches, they're already a couple of inches narrower than standard towels. While I wish they were a bit bigger, to begin with, this isn't a huge deal for me. However, it made me think stretching them out and hanging them to dry would help them maintain their shape.

The Best Towel Racks to Maximize Your Bathroom Storage Space

The fabric is also treated to resist fading. After a single wash, the Casaluna Waffle Bath Towels were indeed a little softer and not at all faded. I expect them to get even more snuggly with time and am glad the chic pale blush hue will hold up.

They were notably softer after washing and not at all faded.

Considering the overall quality, effectiveness, appearance, and affordability of these towels, I would definitely recommend them. While I was disappointed there aren't any matching face cloths, I'm considering completing my set with a couple more bath towels and some hand towels.

While not as fluffy or plush as terry cloth, the waffle-knit fabric is comfy and absorbent. The softness feels more like a cotton t-shirt than a bath towel and was even softer after washing. It's pleasantly lightweight and stretchy, too, unlike regular towels.

How big is this towel?

This towel is 56 x 28 inches. It's a couple of inches narrower than standard bath towels, which measure 56 x 30 inches. Though the fabric shrinks slightly in the wash, it stretches back out.

How absorbent is this waffle towel?

The Casaluna Waffle Bath Towel lives up to the hype surrounding super-absorbent waffle-knit textiles. Thanks to little square pockets throughout the surface, the fabric draws water away from your body and into the inner layer, then quickly evaporates the moisture.

Is this towel an eco-friendly product?

Since this waffle-knit towel dries notably fast, it can be hung to dry or tossed in the dryer for a few minutes. Minimized tumble-drying helps reduce energy consumption. It's also an OEKO-TEX certified product, meaning the textile doesn't contain any harmful or hazardous chemicals.

Is this towel machine washable?

The Casaluna Waffle Bath Towel can be washed in a washing machine and dried in a dryer. Though it's pre-washed and treated to prevent fading, the manufacturer states that it might shrink in the laundry. Stretching it out after washing it and hanging it to dry might help you avoid shrinkage.

Is it actually lint-free?

While no fabric is 100 percent lint-free, this waffle towel sheds substantially less than others. Even before I washed it, almost no lint particles came off onto my skin when I toweled off.

Is it worth the money?

They may not last as long as luxury towels, but at $12 a pop, the comfy, absorbent, aesthetically pleasing Casaluna Waffle Bath Towels are definitely worth the money.

A soft, luxurious towel at an affordable price.