The 10 Most Common Types of House Spiders in the U.S. 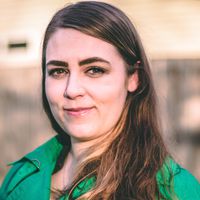 Pepper Moran is a pest control expert with over five years experience in educating homeowners on affordable and earth-friendly ways to protect their homes from pests.

Reviewed by Amanda Rose Newton
Amanda Rose Newton holds degrees in Horticulture, Biochemistry, Entomology, and soon a PhD in STEM Education. She is a board-certified entomologist and volunteers for USAIDs Farmer to Farmer program. Currently, she is a professor of Horticulture, an Education Specialist, and pest specialist.
Learn more about The Spruce's Review Board
Fact checked by
Sarah Scott

With 40,000 known species of spiders worldwide and 3,000 calling North America home, some simple knowledge of spider biology can help you determine the type of spider you might think you have in your home. Read on to learn more about some of the most common house spiders, including which are harmless or potentially dangerous and what they look like.

If you plan to use a chemical bug spray or treatment to control your house spider issue, note that spiders do not react as strongly to chemical treatments as insects unless they come into direct contact with the spray. Aim to remove spiders, egg sacs, and webs from your house to reduce numbers long-term by using a vacuum, broom, or spider brush with an extendable handle.

Achaearanea tepidariorum, also known as the common house spider, is just what the name implies: incredibly common. Also known as the American house spider or the domestic spider, these arachnids are the most regularly seen spiders in all of North America, with sightings ranging from Southern Canada throughout the United States.

If you have noticed dirty cobwebs in the corners of your walls, they very well could have been left by a common house spider. These dust-covered cobwebs can easily be vacuumed up or swept down without fear of coming in contact with a spider. Common house spiders choose web locations at random and will readily abandon their web to build one elsewhere if their chosen spot does not result in a meal. When they leave, they ditch their old web, leaving it behind to collect dust.

Harvestmen, also known as daddy long-legs, are not technically spiders. They are actually a distant relative of the spider and get an honorable mention because they are frequently confused with the above cellar spider.

When trying to determine if you're dealing with cellar spiders or harvestmen, look at their body shape. Cellar spiders are a yellow color and have two distinct body parts including a long, skinny abdomen. Harvestmen have two body segments as well, but they don't look like it. Their body looks like it has a single, brown or grey oval shaped segment with eight spindly legs protruding from it. Harvestmen are not venomous and are typically found outside in spaces such as wooded areas or gardens.

There are a variety of jumping spider species through the United States and parts of Canada, but they are all part of the family Salticidae. Jumping spiders are hunting spiders that are capable of jumping up to six inches, depending on the species. These spiders commonly wander into homes but can also be carried in on firewood or plants.

Many jumping spiders have red or white markings on their abdomens and can be confused for black widows. Jumping spiders, however, are not dangerous and are actually beneficial, as they enjoy hunting and pouncing on nuisance insects.

Funnel weavers, including the hobo spider, are part of the family Agelenidae and are most noticeable in the fall when their dew covered webs are visible in the morning hours. Not to be confused with the funnel-web spider of Australia (the only spider in the world that is considered actually aggressive), funnel weavers build their webs in a variety of places including windows, doorways, and cellars.

It was long believed that hobo spiders had a dangerous bite. Reactions vary from person to person, but hobo spiders are not considered toxic to humans according to the University of California's Pest Management Program.

Frequently confused with tarantulas, wolf spider are large, hairy hunting spiders that do not construct webs but instead spend their lives running from place to place seeking out food sources. Part of the family Lycosidae, wolf spiders are found throughout North America north of Mexico. These are primarily outdoor spiders that hunt nocturnally. If you're seeing one inside, it's likely looking for dinner.

Interior insect monitors are glue traps that can be a valuable tool used to reduce the number of interior hunter spiders in your home. Place them up against the wall or behind dark, damp areas where spiders hide and use them to determine what types of spiders are most active in your home and where.

Before getting into house spiders that have venomous bites, it's important to understand that more often than not, spiders are not aggressive and do not bite. Spiders would much rather run away from people as opposed to bite them, and spiders are more likely to bite when they feel threatened.

Don't be too quick to assume that an itchy bump is a spider bite. In The Handbook of Pest Control, written by renowned entomologist Arnold Mallis, it is noted that many insect bites and stings, and even some non-pest related skin infections, can all cause similar skin reactions. It is not uncommon for an irritation to quickly be misdiagnosed as a spider bite when it could have been caused by something else.

Part of the family Miturgidae, sac spiders are normally found inside (or outside) homes. They use their silk to construct tent-like coverings in low corners. They hide behind these silky structures during the daytime, resting before their nocturnal hunting starts.

There are not reliable visual distinctions used to identify sac spiders. They vary drastically in coloring and are sometimes confused with other spiders due to shades ranging from yellow to brown to green. It's a good idea to keep your distance from these spiders, as their venom contains cytotoxin and has been shown to be toxic to humans. Use a vacuum or broom to clean them up. Don't want to do it yourself? Hire a local IPM specialist.

Cytotoxin is a toxin that affects the body's cells. The cytotoxin in sac spider venom can cause the bite to be quite painful for an extended period and can cause the wound to heal much slower than usual.

Brown spiders, also known as fiddle-back or violin spiders, are a part of the Sicariidae family. Some are harmless, but this group of spiders also includes the brown recluse, the most dangerous spider of the Loxosceles species.

Identification of brown spiders can be difficult because they all have very similar markings and colorings. If you suspect the spider you're seeing is a brown spider, give it space. Luckily, they are not aggressive and are not likely to bite unless pinned against skin. It is most common for brown recluse bites to happen on the arms, hands, and feet while doing things like dressing or cleaning storage areas. These bites can often go undetected until hours later when the discomfort sets in.

If you are concerned about brown recluse spiders and live in an area where they are known to be present, before getting dressed, shake out any clothing that is left overnight or stays outside (including shoes), make sure you're not going to lay down on any spiders before climbing in bed, and wear rubber gloves when cleaning out storage spaces or moving firewood.

Brown recluse spiders are found most often in the midwestern and southern United States. These spiders are naturally found outdoors in areas where hiding places are readily available, such as debris piles, bark, raked leaves, between or under stones, and within wood piles. These spiders are also well adapted to indoor habitats and will venture into storage areas, closets, attics, and other dark hiding spots.

If you suspect you have been bitten by a brown recluse, ice and elevate the bite while you monitor it. According to the CDC, the venom of a brown recluse can sometimes destroy skin tissue around the bite area, causing a serious lesion, or skin necrosis, to form. If a bite continues to worsen or you suspect a lesion is forming, consult a doctor for medical care.

Widow spiders are certainly not one of the most common types of house spiders, but they're at the top of the list when it comes to spider related concerns. If you're seeing a spider in your home, it is likely not a widow spider, but it's still a good idea to know what to look for and how to avoid disrupting them.

Widow spiders range in color, as there are both brown and black widows, but both have a distinct reddish-orange hourglass shape on the underside of their abdomen. There are also false widows, which look similar to a black widow but are completely harmless.

Black widows are widely known for the toxins associated with their bite, but keep in mind that black widows are very shy. They generally hide in areas that are not commonly accessed and are not likely to bite, as they are not aggressive and rarely leave their webs.

It is during the period of time after laying eggs and guarding their egg sacs that a black widow is most likely to bite, but only when disturbed. If you need to be reaching into an area where a spider could be hiding, such as a woodpile or rarely touched storage space, wear rubber gloves to protect yourself from possible spider bites.

According to the CDC, symptoms of venomous spider bites vary depending on the person and species of spider. Venomous spider bite symptoms include, but are not limited to, itching and rash, pain and aching (including head and muscle aches), perspiration, elevated blood pressure, and nausea. If you suspect you have been bitten by a venomous spider, seek medical attention and do your best to identify the spider if possible. If a specimen of the spider is available, save it in a container and cover the specimen with 70 percent ethanol or rubbing alcohol to preserve it, as proper identification will help determine the best treatment options.

Even though most common house spiders don’t pose a threat to humans, you may not want them sharing your home. If you have an invasion problem, there are plenty of ways to control spiders. If you’d rather not fight them on the front lines, you can find a local IPM specialist to help out.

FAQ
The 5 Best Bug Repellents of 2023 to Keep Insects Off
Article Sources
The Spruce uses only high-quality sources, including peer-reviewed studies, to support the facts within our articles. Read our editorial process to learn more about how we fact-check and keep our content accurate, reliable, and trustworthy.