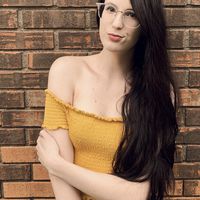 Nowadays, in relation to style, "boho" is a term used to define things that are unconventional and artistic; however, it helps to understand the roots of bohemian style in order to pull off the look authentically in your home.

So what does boho really mean? Well, first, it's shorthand for the French word bohémien, referring to Bohemia, a region in present-day Czech Republic. Bohemia was erroneously believed to be the homeland of the Romani people, the largest ethnic minority group in Europe. Originating in India, the Romani largely led ambulant lifestyles and were known for their creativity, many being skilled artists, musicians, and tradespeople.

In 16th century France, the word "bohemian" evolved to include any artist, writer, actor, or musician who led an unconventional lifestyle, traveling quite a bit throughout major European cities with little money. A more recent hotbed for boho culture existed in Greenwich Village in New York City during the 1950s, otherwise known as the beat generation, which eventually gave way to the hippy culture of the 1960s and '70s. While the Romani people who inspired this style have experienced persecution and discrimination for centuries, after being embraced by middle and upper-class White people, boho design came to be mainly viewed as trendy and fashionable.

Click Play to Learn How to Create a Boho Style Home

Today, bohemian is more of an adjective than a noun and indicates an aesthetic that takes its influence from those free spirits of generations past. The modern boho style look is eclectic and emphasizes natural elements and vintage pieces from the 1950s, '60s, and '70s. With such a focus on global influences, boho design can be prone to cultural appropriation. To ensure your space celebrates other cultures respectfully, it is essential to educate yourself about the significance of items you choose to incorporate and pay attention to where products are sourced from. Here are eighteen ways to embrace boho design in your home.

What Is a Boho Style Home?

Boho style home decor combines items that are relaxed, bold, and unconventional. The look typically involves an eclectic mix of natural elements and many colors, patterns, and textures.