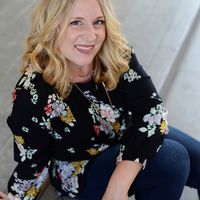 Shelby Deering is a lifestyle writer who specializes in decor articles and home tours. She spends her spare time at flea markets and hunting for vintage finds. Shelby is a member of the American Society of Journalists and Authors.

Disco balls have been a staple of dance clubs since all the way back to the 1920s, long before the bellbottomed days of the 1970s. And now, they’re having a resurgence once again, and this time around, they’ve rolled right out of the nightclubs and into people’s living rooms.

As one of the most unexpected recent décor trends, designers and homeowners have been focusing less on using them to create flashy, maximalist spaces, and more on weaving them into décor that’s modern, fresh and even neutral in some cases. They add just a little pop, a little zing, to corners, tables, and vases, communicating a fun and "We don’t take things too seriously," vibe.

When they’re not using them to add an exclamation point to a space, people are bringing them into their DIY projects as well, especially around the holidays. Or they’re incorporating a bit more shimmer and shine into their spaces as the new year approaches. Or they are literally using them for disco-themed parties. Any way you look at it, it’s just good sense to have a disco ball on hand at all times.

Here, you’ll learn how to transform a room from it just needs something, to, “That’s it!” and get inspired by these surprisingly-chic disco ball décor ideas.