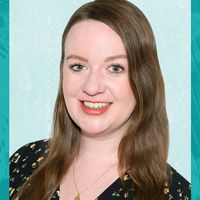 Bridget Mallon is the Editorial Director at The Spruce, The Spruce Pets, The Spruce Crafts, and MyDomaine. She has over eight years of experience covering home décor and design.

Back in 1954 two art students—Primm ffrench from Virginia USA and John ffrench from Galway Ireland—met in Florence, Italy and instantly hit it off, not only with each other, but with the folks they met on their travels as well.

Even after getting married, John and Primm still wanted to keep their friendships across the globe alive and well. So, in 1969, they created a calendar to send to those loved ones. According to their daughter Crispina ffrench, they only made a dozen calendars that first year. But each month showcased a different technique, from watercolor to collage, charcoal to silkscreen, and everything in between.

"Their friends loved their calendars that first year and John and Primm loved collaborating on their gift making," Cripina tells The Spruce. "The following year they made 40 calendars, silkscreening each page as it was by far and away the most efficient method they had employed on that first batch. Those were too well received, all their friends friends wanted to buy one and so began The Dolphin Studio Calendar legacy." 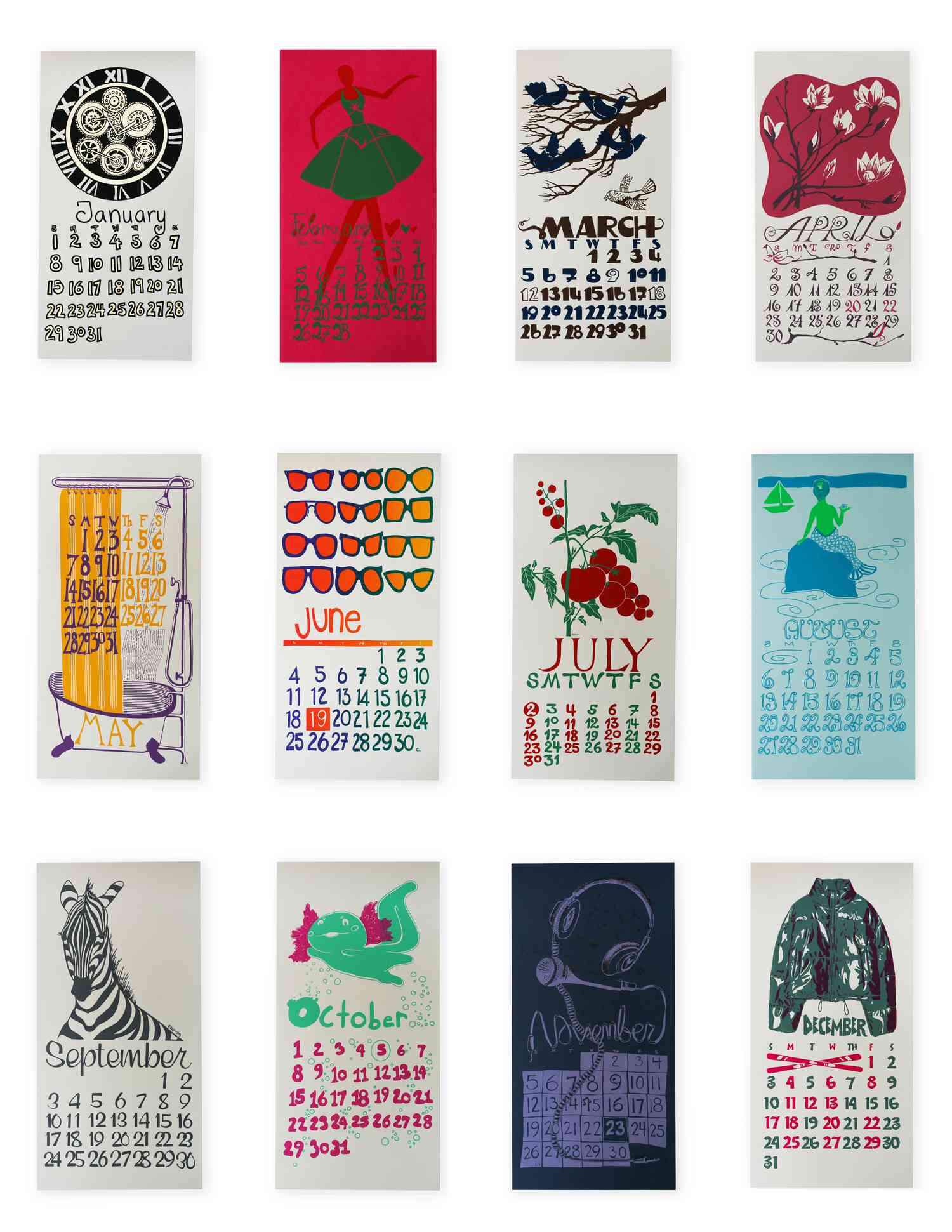 John and Primm named their business The Dolphin Studio as a way to honor their Irish heritage.

"The name is in honor of our family crest from Galway, Ireland. The ffrench family is one of the 14 tribes from Galway, Ireland," daughter Sofia ffrench Huges explains. "Our father (John) was Irish and our mother (Primm) was American and we immigrated from Ireland to Stockbridge, MA in 1969."

Now, decades later, sister Sofia and Crispina keep the family legacy alive and continue to release beautiful calendars each year, a role they both cherish.

"I love carrying on our family legacy," Crispina says. "We were blessed to be raised by people who valued the institution of family in all shapes, sizes, and constructs. We were taught to take care of, and look out for, each other and to this day Sofia and I have each other’s back in business and life."

Sofia echoes her sister's feelings about the importance of carrying on the family legacy and working together to keep The Dolphin Studio alive and well.

"Being a business partner with my sister is pretty cool. We know each other better than anyone else so we are able to work together pretty flawlessly," Sofia says. "When our parents passed on we had several meetings to discuss if continuing was something we wanted to do. It was unanimously decided that we should definitely continue the tradition. We were also encouraged by many loyal customers to continue making The Dolphin Studio calendar."

2023 marks the 52nd iteration of the beloved calendar, and the family shows no signs of slowing down. In fact, working together on the calendars brings them all closer together, as different members of the family are responsible for different months each year.

"Each month is designed by a family member," Crispina explains. "And we always add vintage prints designed by John and Primm from previous years’ calendars. They both designed months until the end of their lives at 81 (John 1928-2010) and 83 (Primm 1929-2013)."

The connection to these calendars extends beyond the ffrench family, though. As Crispina explains, their customers become something like family too. Not only do return buyers have the privilege of seeing the younger ffrench kids' talent progress throughout the years, they get to join in on a decades-long tradition.

"We encourage people to build a family tradition around our family tradition. I feel like we sell family tradition sometimes," Crispina says. "We offer a non-denominational, artistic, time passage ritual and that is pretty special. When I stop and think about all the joy our customers share with each other on the first of each month it actually gives me pause...Who knew we could provide that level of connection by just making a cool calendar!?"

And while calendars might be The Dolphin Studios bread and butter, they also sell a variety of items that can be used year after year, including towels, craft paper, and prints.