Emme Essentials Is Bringing Asian-Inspired Scents Back Into the Home 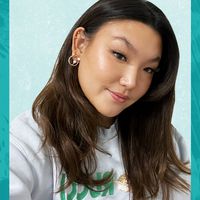 In celebration of Asian American Pacific Islander Heritage Month, we are highlighting AAPI owned businesses in the month of May to share their voices and recognize their influence on the Asian community.

In 2020, Erica Luo and Mark Fuqua visited a close friend at his home. He burned incense as a way to pay homage to his Egyptian heritage, and, when the couple went back to their apartment, they began to question why their own home didn’t smell like their cultural heritage. They realized that there was a lack of Asian representation across all home fragrances even though there were various flavors, ingredients, or smells that were specific to Asian cultures. The couple understood the importance of a home smelling familiar to the memories Asian-Americans grew up with, so with their determination to introduce Asian-inspired scents—Emme Essentials was born.

Scent is often associated with our memories, which we can be brought back to by smelling a specific scent. Luo fondly recalled how her friend burning incense transported her back to when she was living at home and always waking up to incense that her mom would light as part of her morning ritual. A smell that initially Luo didn’t enjoy, it eventually grew on her as she moved away to New York. She eventually bought and lit incense as a way to feel connected to her mom.

"It’s almost things that we thought we wouldn’t miss we started to get homesick for."

Determined to create scents that resonated with Asian-Americans in their home spaces, Luo and Fuqua began to build their candle business in their small apartment kitchen. They eventually expanded and scaled into a whole office in New York.

The Process of Creating the Scents

Within the first year, the couple knew exactly what scents they wanted in their core collection that would be available year round. The collection included ube, lychee, mochi, sakura, pomelo, boba, honey jasmine, matcha, bamboo, and drip coffee. Fast forward to now, and there are 18 different scents on their roster including pandan, silk, goji berry, and jade. Although the couple continues to explore various scents that fall under the Asian umbrella, they value being intentional with the scents they put out. With their supportive customer base, Luo revealed that the collection grows based on what the consumers want—their popular scent, pandan, was requested for almost a year until it was created.

When it comes to creating a scent for the brand, Luo explained the work that goes into the process. “The sourcing process happens a lot with looking on the internet and finding what we can use as pandan,” she said. “Pandan desserts are often paired with coconut, so we try to create the smells not on the pure ingredient, itself, but off of the memory that Asian-Americans have with the ingredient. It takes a lot with sourcing the internet and figuring out what component goes into the smells and building the fragrance from there.”

But Luo noted that can be difficult to do, because people can have different associations with the same scent. “Smell is so subjective that it’s hard to present a product or scent and have it encompass an entire race,” she said. “What we try to do is to bring it one step closer than what is traditionally available on the western markets.”

Another notable factor that sets Emme Essentials apart from similar businesses is that "we really focus on making sure that the smells are associated with the mass majority of Asian-American memories," Luo said. "It’s not a personal thing we want to share of what we know or our memory, but we try to relate it to what everybody knows as that flavor."

Making Your Own Path

Besides going beyond the established, traditional home fragrance spectrum with their business, the couple strives to send a powerful message to all Asian-Americans that it's worth breaking boundaries and creating your own path. Luo notes that there are often traditional life events and careers young Asian-Americans are expected or pressured to follow.

Like many Asian-Americans, Luo felt the need to get a four-year degree and enter the corporate world. Eventually, she came to the conclusion this wasn't what fulfilled her, and Luo went back to school for a design degree. As she took classes and worked on projects, for the first time ever, she felt a sense of excitement about her career. As she was preparing to move to New York with Fuqua, she took a leap of faith and decided to freelance instead of looking for another corporate job. Luo described the turbulent journey of going from a stale job to freelancing to losing the only client she had to feeling hopeless about the future. "I remember breaking down and crying on the floor, asking myself 'how am I going to make money,'" Luo chuckles. "I learned that the amount of work you put into yourself is how you’re able to make a change for yourself."

In the past few years, both Luo and Fuqua have reached all of their personal goals. First, the brand no longer feels like a small business; and second, making enough profits to feel secure. "That was a personal achievement for us because it's scary to start your own business and not have any funding," said Luo. "This is all boot straps, so being able to do something and run this business without any investors or experience was really rewarding for us."

As for what's in store for the future of Emme Essentials, the couple is currently working on several collaborations with content creators, corporate orders, and a home launch in the works. "We started with candles almost as an accident and now we're realizing how big of a gap there is in the market and how little representation we don’t have. We hope to fill that a little bit", said Luo.

For the month of May, in honor of AAPI month, Emme Essentials are starting a new initiative and will be donating a portion of every sale to support Asian-American charities. This includes Go Fund Mes for Zhiwen Yan and Cafe Maddy Cab, Act to Change, and Stop AAPI Hate.