Follow these expert tips to get your orchids blooming again 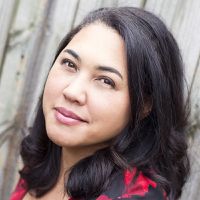 Debbie Wolfe
Debbie Wolfe is a lifestyle expert and writer with over two decades of hands-on experience with gardening, houseplants, and DIY decor. She is the author of the book, "Do-It-Yourself Garden Projects and Crafts." Debbie has also written for HGTV, DIYNetwork, and House Method.
Learn more about The Spruce's Editorial Process
Reviewed by
Barbara Gillette

Reviewed by Barbara Gillette
Barbara Gillette is a master gardener, herbalist, beekeeper, and journalist. She has 30 years of experience propagating and growing fruits, vegetables, herbs, and ornamentals.
Learn more about The Spruce's Review Board
Fact checked by
Cherisse Harris

Fact checked by Cherisse Harris
Cherisse Harris is a fact-checker with a focus on lifestyle, beauty, and parenting. She's worked in research for nearly two decades.
Learn more about The Spruce's Editorial Process

Orchids, exotic and often expensive, may require a little more expertise than most plants when it comes to getting them to produce their extraordinary blooms. The good news is that the phalaenopsis orchid is relatively easy enough to grow and bring into bloom, even for the beginning gardener. While many orchids are specialty plants that are costly and hard to find, the phalaenopsis finds a regular spot right on the floral shelf at your local grocery. Popular as gifts, too often these plants end up in the wastebasket once the blooms fade.

If you incorporate a few consistent steps into the care of your phalaenopsis orchid, it will live for many years, producing a long-lasting bloom (up to three months) annually. We spoke with two experts, Christopher Satch, aka the Plant Doctor, and Alfred Palomares, Vice President of Merchandising and Resident Plant Dad at 1-800-Flowers.com, to show you how to keep orchids alive indoors and get them to bloom again.

There are over 25,000 different species of orchid. The phalaenopsis orchid is popular and widely available because it blooms for a long time and is relatively low-maintenance.

Colorful blooms help to sell plants so most of the orchids available will already be in bloom. This can be useful by allowing you to see and choose a particular color. On the other hand, the more blooms that are open on the plant, the shorter the bloom time will last.

Select an orchid with the most unopened buds. "Those flowers will last the longest because they haven't bloomed yet," says Satch, "You don't know how long the open flowers in the store have been open for, and don't want to cheat yourself out of a bloom."

Be sure to inspect the leaves and stems for insects and fungal infections. Orchids can attract white flies, scale and other small insects. Look for white patches on the undersides of leaves as a sign of pests. Satch says fungus will often look like brown or black splotches, usually with yellow around them.

"The key to prevention of issues later down the line is picking a plant that's good, to begin with," explains Satch, "Don't pick a rescue plant unless you are familiar with rehabilitating plants."

How to Buy Healthy Orchids

How to Keep Orchids Blooming

Once you have a good specimen, providing them with the proper care will increase their chances of survival and reblooming. Adequate lighting is vital for the survival of an orchid.

"Phalaenopsis orchids can survive in a low-light space," says Palomares. However, the closer to a full day of dappled sunlight it receives, the longer the blooms will last and the greater the chances for rebloom. "Be sure to put it into a window that gets a tickle of direct sun," suggests Satch, "Up to three hours of direct sunbeams or a full day of dappled sunbeams is ideal."

Orchids like their temperature, watering schedule, and light to be stable. "Too much of a deviation in any direction leads to bud blast—spontaneous death of the flower buds," explains Satch.

Orchids also like their media to stay moist, not soggy. "Orchids are also considered air plants, or epiphytes, and do not grow in soil," says Palomares, "They are typically potted with moss or even rocks."

To keep the medium moist, top dress with sphagnum and spritz often when it dries out, especially during blooming. It's okay to allow the medium to dry out somewhat between waterings but it should be watered before it's fully dry. There is no need to fertilize orchids while they are blooming.

"Under proper care, blooms will last for two months or more before fading," says Palomares.

How to Get Phalaenopsis Orchids to Rebloom

The after bloom care sets up future success or failure of your orchid. Once the blooms have expired, you can cut them back or let the flower spikes fall off naturally. If you do cut it, Palomares suggests cutting the spike about an inch above the planting line. "At this point, the orchid is going into its resting stage to store up energy before it re-blooms," explains Palomares.

You may repot your orchid during this phase. "Replant the orchid into half sphagnum, half orchid bark chip mix in a clear plastic pot with drainage," says Satch. "Believe it or not, the roots photosynthesize, and some exposure to light helps the plant a lot."

However, if you do not like using a clear container, slip it into a larger pot to cover it. Avoid trying to push all of the roots down into the medium. Roots that grow outward and even upward could break or be damaged. Just be sure the corm is securely anchored in the medium. During the resting stage, the plant will put energy into new foliage and roots. You can now fertilize with a liquid orchid fertilizer; applying according to the product's instructions, about once a month.

How to Repot Orchids

"If you follow these simple rules, you can get your phalaenopsis orchid to bloom about twice a year and hold the blooms for a few months," says Satch. Once you've successfully gotten a phalaenopsis to rebloom, Satch says to give other orchid varieties a try, such as oncidium hybrids, jewel orchids, and lady slipper orchids.