6 Clothes-Folding Techniques That Save Closet and Drawer Space 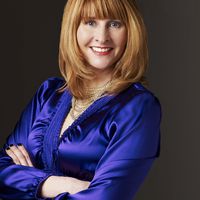 Deirdre Sullivan
Deirdre Sullivan is an interior design expert and features writer who specializes in home improvement as well as design. She began her career as an assistant editor at Elle magazine and has more than a decade of experience. Deirdre contributes content for brands including The Spruce and Realtor.com, and has been a featured speaker at various conferences.
Learn more about The Spruce's Editorial Process
Reviewed by
Katherine Picott 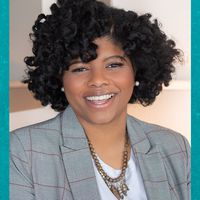 Reviewed by Katherine Picott
Katherine is a professional home organizer, certified KonMari consultant, and member of The Spruce's Cleaning and Organizing Review Board. She launched her own professional organizing business, Tidy Milso, in the summer of 2020, to help reorient those feeling overwhelmed with both clutter and disorganization in their homes.
Learn more about The Spruce's Review Board
In This Article

Improperly folded laundry can result in wrinkled clothes, as well as disordered and wasted storage space. Fortunately, there are some tried-and-true folding techniques to keep your closets and drawers neat and tidy. Check out these clothes-folding hacks for six common items.

Scientists have revealed the most efficient method for folding T-shirts. The technique, described by robotics engineers at the University of California Berkeley, was part of a research project that programmed robots on how to fold clothing for maximum space-saving.

For T-shirts with logos or designs (such as concert tees), start folding with the printed side down. That way, once folded, the design will be facing up, so it's easier to find a specific T-shirt without unfolding every shirt.

While you might be tempted to hang your dress shirts, folding them so they can be stored neatly in drawers not only saves precious closet space but also prevents wrinkling. The latter is a big plus if you dread breaking out the ironing board.

Make sure to button all the buttons, from top to bottom, before folding. Doing so will ensure a neat and tidy fold that stays wrinkle-free. Then, follow these folding steps that are similar to the T-shirt fold:

Folding both large and small towels in thirds is a real win-win. Towels folded using this method take up less surface space and are also much easier to stack. FYI, it's how most five-star hotels fold their towels.

Any KonMari fan will tell you not to tuck one sock into the other after the pair is rolled into a ball—unless you like stretched out socks. Instead, long socks should be folded into thirds by placing one flattened sock over the other and then folding in thirds like you are folding a letter.

Short socks, though, might not be long enough to fold in thirds. This diagram shows how to fold socks like these without resorting to the old sock-tucking trick.

Bulky, heavy sweaters should never be hung on a hanger. To prevent sweaters like these from getting droopy and stretched out of shape, neatly fold as shown.

How to Fold a Hoodie

While you might be thinking "Who the heck folds underwear?" consider this: Keeping your skivvies neatly organized will make it easier to find the pair you want to wear without messing up the entire underwear drawer. Even better, it saves precious drawer space.

Always start with the underwear on a flat surface. For women's underwear, fold in half by bringing either the right or left edge to the opposite edge. Repeat, then fold in half from top to bottom.

For men's briefs, fold in thirds by bringing one side to the center, and then repeat for the other side. Fold in half from top to bottom.