How Does Gen Z Feel About Midcentury Modern Style? 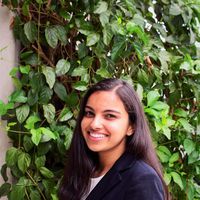 There’s no question that midcentury modern design (often referred to as “MCM”) is an iconic style. Millennials and boomers have certainly proved themselves fans, embracing the design’s clean lines and functionality. But, what about Gen Z?

Also known as “zoomers,” born from 1996 to 2015, this generation might not seem too acquainted with MCM at first glance. More playful styles like Carnivalcore and Avant Basic — showcasing pastels and postmodern shapes — are proliferating social media. But, speaking with Gen Z designers, there is more to it than meets the eye. In fact, midcentury modern design doesn’t seem to be going anywhere anytime soon.

Keep scrolling to learn more about Gen Z’s surprising take on MCM, as well as how they’re incorporating it into spaces today.

An Appreciation of Classics

Although midcentury modern design gained popularity as early as the 1930s, young designers still appreciate — and utilize — several aspects of the style. “It was a huge design movement that is still prevalent in today's crazy, oversaturated design world which I think is a very impressive feat,” interior stylist Anthony Immediato says. “Aside from its longevity, I enjoy how MCM design is simple and is still able to make a statement. It uses very clean, usually angled, lines and yet a MCM accent piece in a home is still able to stand out in a room full of beautiful pieces.”

Designer and TikTok sensation Emily Shaw uses MCM design in her work because of the warmth it adds to a space. “The use of color and materials in mid-century modern design can make any space feel like a home,” says Shaw. “I love the mix of natural and synthetic materials [and] everything else that comes with the style.”

Shaw also appreciates the style’s accessibility. “MCM is one of the most obtainable design styles for mass audiences because it doesn’t require any insane architectural moments, but instead just bold pieces throughout a space,” she explains.

Some bold pieces that Mallory Wackerman, content creator and social media director at Emily Henderson Design, enjoys include MCM lighting and a cozy favorite: "Conversation pits are the best things ever!" she says. "Please sign my petition to bring them back."

Because of the style's versatility, Immediato finds that designing with midcentury modern pieces is ultimately a great investment for his clients. “I have found that MCM design is a pretty transitional style and is easy to mix into other design styles as needed,” he says.

Although midcentury modern style is widely utilized among Gen Z designers, they prefer to integrate it with other aesthetics rather than going for a full application. “Gen Z as a whole is certainly doing their own thing, but I’ve seen some elements of pre-existing styles seeping through. Postmodern design is certainly an influence on the Avant Basic style," explains Wackerman. "On the other spectrum of Gen Z style is Cottagecore, and there are certainly a couple elements of traditional style — and Nancy Meyers vibes — coming into play mixed with a lot of fairy lights and whimsical decor."

Immediato finds that mixing and matching different design styles allows him to achieve a more unique overall look. “If you can collect pieces from multiple sources and still have them live in harmony, that's when your space will feel the most customized to you,” he says.

Shaw prefers a similar approach, taking inspiration from a variety of movements. “For myself, I love pulling from MCM design, industrial design, eclectic design, and even some contemporary elements here and there,” she says. “I feel as though nobody can fully fit into just one design style!”

How MCM Can Better Appeal to Gen Z

While MCM is widely-loved, there are certain elements that don’t resonate with Gen Z as much today. “Midcentury modern design is meant to be very understated with form following function, but I personally like to see a bit more experimentation with structures,” illustrates Shaw.

Immediato also finds that Gen Z tends to lean away from uniformity. Incorporating accent pieces rather than fully diving in is thus preferred. “Adding in a couple of MCM chairs, or even some MCM statement lighting, can go a long way in the overall design of a room,” says Immediato.

Mixing in playful elements caters to Gen Z's penchant for creative environments, too. "We should all have more fun with MCM in my opinion — the more whimsical, unexpected items you incorporate into a MCM space, the better," Wackerman says. "Jonathan Adler did it best at the Parker Palm Springs — everything done there should be the formula going forward."

People are no longer buying homes at this age, and midcentury modern is a very home-oriented style.

From a functional perspective, Shaw notes that Gen Z doesn’t live the same way people did when midcentury modern design originated, so the style has to be updated to accommodate modern needs. “We are a generation that takes home on the go, always traveling or living on the road. People are no longer buying homes at this age, and midcentury modern is a very home-oriented style,” she says. “If we could find ways to bring that MCM feeling of home with us in a modular way, whether it be through transforming tables or foldable chairs, it would become much more appealing.”