How to Grow and Care for Hydrangeas

Marie Iannotti
Marie Iannotti is a life-long gardener and a veteran Master Gardener with nearly three decades of experience. She's also an author of three gardening books, a plant photographer, public speaker, and a former Cornell Cooperative Extension Horticulture Educator. Marie's garden writing has been featured in newspapers and magazines nationwide and she has been interviewed for Martha Stewart Radio, National Public Radio, and numerous articles.
Learn more about The Spruce's Editorial Process
Marilyn Syarto 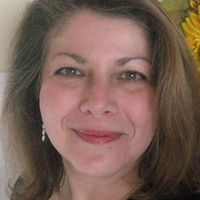 Marilyn Syarto
Marilyn Syarto is a seasoned interior design expert, writer, and editor with over 30 years of furniture and textile design, kitchen and bath design, DIY, and home improvement experience. She was a contributing editor for "Pottery Barn Home," edited 13 books on design and architecture, and has written four books on residential and corporate interior design.
Learn more about The Spruce's Editorial Process
Reviewed by
Debra LaGattuta

Reviewed by Debra LaGattuta
Debra LaGattuta is a gardening expert with three decades of experience in perennial and flowering plants, container gardening, and raised bed vegetable gardening. She is a Master Gardener and lead gardener in a Plant-A-Row, which is a program that offers thousands of pounds of organically-grown vegetables to local food banks. Debra is a member of The Spruce Gardening and Plant Care Review Board.
Learn more about The Spruce's Review Board
In This Article

With dozens of species and even more varieties, hydrangeas (Hydrangea spp.) have been popular ornamental garden plants for decades with blooms that come in a wide array of colors, including white, many shades of blue and pink, maroon, red, and even pale green. Some hydrangeas have large, round flower heads while others have smaller, flatter, and more delicate flowers, along with varying foliage shapes depending on the species. To ensure that hydrangea shrubs have time to establish a healthy root system, plant them in the fall or early spring. Hydrangeas are rapid growers, averaging two feet or more of growth per year. Be aware that the plant is toxic to humans and animals.

Watch Now: How to Grow and Care for Hydrangeas

Most hydrangeas can adapt to a wide range of growing conditions. They are generally hardy from USDA hardiness zones 5 to 9. If they are planted in well-draining soil with plenty of organic matter, they should grow well. These versatile shrubs thrive in sandy coastal soils, shady woodland sites, and almost everything in between.

Plan to water your hydrangeas regularly to keep them consistently moist, especially in hot and dry weather and fertilize them once in the spring.

The right time to prune a hydrangea varies according to the hydrangea species and the time of year when they set buds.

Too much shade can reduce flower output. Hydrangeas do well in the partial shade provided by tall deciduous trees, especially if they receive morning sun and the partial shade occurs in the heat of the afternoon. They will also thrive in full sun but might need extra water on hot summer days.

In general, hydrangeas can tolerate a wide range of soil types but they grow best in fertile, humus-rich soil. A notable characteristic of Hydrangea macrophylla is that you can control bloom color by adjusting the soil pH. Acidic soil with a pH of 6.0 or lower produces blue flowers and neutral to alkaline soil with a pH of 7.0 or higher produces pink blooms.

Hydrangeas need consistent moisture throughout the growing season: give your hydrangeas a deep drink of water one to two times every week. If your area has had significant rainfall, you can cut back on supplemental watering. Each time you water, water deeply until the ground feels saturated but is not waterlogged. A light watering every day is not sufficient because the water will not reach the root system to hydrate the plant.

During particularly hot weather, increase the amount of water you give your plants so the soil remains damp, but make sure they're not sitting in soggy soil. To know if you need to water your hydrangea, stick your finger down about four inches into the ground and if it feels dry to your fingertip, it's time to water.

In extremely hot weather, hydrangeas might curl their leaves and appear wilted. This is a built-in protection and does not necessarily mean that the plant needs water. If you observe this behavior, take another look at the plant at dusk to see if it has recovered once temperatures have cooled down.

Hydrangeas prefer fairly mild temperatures. In areas with bitterly cold winters, dieback can be a problem if the hydrangea is located in an unprotected area or one that receives too much winter sun.

Because hydrangeas prefer to grow in partial shade, they usually do best when planted in a north- or east-facing site, where winter temperatures remain somewhat constant. Avoid planting on the south and west side of your property where the warmth of winter sun could cause buds to swell prematurely and become vulnerable to cold snaps.

Hydrangeas prefer moderate to high humidity and dry climates can cause their leaves to brown and become dry.

If your soil is rich in nutrients, you likely won't have to fertilize your hydrangeas. In fact, if hydrangeas are given too much high-nitrogen fertilizer, the foliage will be full and lush but with fewer blooms. If the soil is not fertile, in the spring spread of layer of organically rich compost around the plants or apply a fertilizer suitable for flowering shrubs.

From the many species of hydrangea, the following are the most commonly used as ornamental shrubs. Some of these hydrangea species bloom on new growth (the current year's new stems) and those that bloom on old growth (last year's stems) .

Hydrangeas rarely produce seeds, but there are two common ways to propagate the plant. Taking stem cuttings at the right time may result in stronger, more resilient roots that nearly guarantee success when transplanting them into the ground. The second method is to root the hydrangeas right into the ground without having to cut into the shrub until the last step. This is the preferred method if you want to fill gaps between shrubs in your garden or you want a more dense stand of shrubs.

Propagating by rooting branches directly in the soil

Some types of hydrangeas, such as the bigleaf hydrangea, can be susceptible to winter bud damage. If you live in a very cold area with harsh winters, protect your hydrangea plants from cold winds by wrapping them with burlap or putting up burlap screening. You can also tie the branches together along with the burlap to give them extra help to survive winter. Remove the burlap when the buds begin to swell.

The usual types of garden pests can affect hydrangeas, including aphids, black vine weevil, the four-lined plant bug, Japanese beetles, and spider mites. Rose chafer pests can injure the plant by eating and leaving skeletonized leaves behind. Chemical insecticides or less harsh insecticidal soaps may help eliminate most of these insects, but avoid using them during the bloom period. Instead, hand pick these pests into pails of soapy water.

Hydrangeas are susceptible to diseases including botrytis blight, powdery mildew, and other viruses such as yellow or brown leaf spotting. Fungicides can help with most problems, but destroy plants infected with viral spotting.

Here are the most common problems that can occur with hydrangeas.

Hydrangeas may not bloom every season. The reason could be pruning at the wrong time of year, damage to buds during unexpected spring or winter cold snaps, or at some point you may have overfertilized the plant.

The right time to prune a hydrangea varies according to the hydrangea species and the time of year when buds are set. Thus, it is important to know the type of hydrangea you are growing in order to know when to prune it.

Hydrangea leaves can droop due to lack of water. This happens during bloom time or very hot, dry weather, so keep hydrangeas consistently moist.

However, drooping leaves might not always be a sign that a hydrangea needs water. These plants have a built-in protection mechanism where they will curl their leaves downward In extremely hot weather and appear to be wilted. When daytime temperatures are around 90 degrees Fahrenheit or higher and you observe this behavior, take another look at the plant at dusk to see if it has recovered once temperatures have cooled down. If the plant is still wilted as temperatures cool, that could be a sign of dry soil that requires a deep watering.

This problem can occur if the roots have been burned by over-fertilization. Brown edges or tips can also occur if too much aluminum sulfate was added to the soil to change the color of the blooms. If this occurred, flush the soil with water to remove the excess salts or fertilizers. Then, let the soil surface dry for a day or two before watering again, and abstain from fertilizing until the plant is healthy once again.

Watch Now: How to Prune Hydrangeas

Watch Now: How to Make a Wreath With Hydrangea