The gympie-gympie plant (Dendrocnide moroides) is a member of the nettle family (Urticaceae) and is quite notorious in the plant world for its painful sting. It has many common names as well, including the stinging brush, mulberry-leaved stinger, gympie stinger, the suicide plant, or moonlighter. It's native to the rainforests of northeast Australia and is also found in parts of Indonesian.

The gympie-gympie is said to be one of the world's most venomous plants. Requiring sunlight to germinate, it is found in rainforest clearings, and along creek lines and tracks.

The stinging apparatus of the gympie-gympie is similar to the common stinging nettle. The hairy filaments that cover the plant's stems, leaves and fruits have a small bulb containing a substance that, when broken by touching, releases a neurotoxin that stings as it penetrates the skin. Furry animals aren't usually bothered by nettles, but humans experience a painful sensation and sometimes a rash after being stung by these plants.

The gympie-gympie's effect is said to be much more intense than that of the common stinging nettle. Even breathing in the hairs when nearby, as with landscaping work, can cause a runny nose, nasal bleeding or throat irritation.

Residents who live in the areas where these plants flourish know to be very cautious about encountering it. There are a number of native animals in Australia that eat the leaves with no ill effects, but the sting can be harmful to some animals, especially those with short-haired.

Given the severe stinging properties this plant has, it is never recommended for garden or landscape purposes and should be avoided in its native habitat.

The toxicity of the gympie-gympie plant was first recorded in 1866, when a road surveyor reported that his horse was stung by the plants and "got mad, and died within two hours."

Australian folklore has many stories of horses jumping from cliffs in agony, and people resorting to heavy drinking or even suicide (hence the plant's common name, "the suicide plant") to escape the pain caused by their contact with the plant.

This plant possesses a strong neurotoxin that causes a severe rash. The small red bumps that form upon contact then turn into hives that form a red welt on the exposed skin. The welt can be large or small depending on how much skin was touched by the plant.

The pain from this rash can be intense, even preventing sleep, and can last for several days. This is then followed by intermittent pain that can recur over a period of months or even years when exposed to water or temperature changes.

People who've experienced this pain say that being stung by the plant is akin to being burned with acid or electrocuted. In some cases, the allergic reaction to the plant may take several days to occur. The severity of pain and tenderness usually requires medical attention, and steroids are commonly prescribed to lessen the intensity of its effects.

Exposure to gympie-gympie can also cause anaphylactic shock, and swelling of the face so severe that vision is impacted. Swelling of the mouth and tongue that makes breathing dangerously difficult are also possible.

The stingers typically lodge themselves in the skin. One method used to dislodge the stingers is hot wax, such as that used for hair removal, but this must be done very carefully. Unlike the common stinging nettle, whose stingers are rendered harmless once the plant is picked, blanched or dried, the stingers of the gympie-gympie can remain potent for years after being picked and dried.

The gympie-gympie is considered an occupational hazard for surveyors, forest rangers and timber workers in Australia. Botanists and scientists are also often provided with emergency first aid supplies in case they come in contact with it, including respirators, heavy gloves, and antihistamine tablets.

It is believed that in 1968, a laboratory in Great Britain that developed chemical weapons came to Australia to procure specimens or stinging trees, including gympie-gympie. They wanted to ascertain their usefulness as a biological weapon, and possibly distilled the plant's neurotoxins. This terrifying scenario (which ultimately did not come to pass) is testament to this plant's dangerous toxicity and the importance of exercising extreme caution if there is any possibility of exposure.

What Are Some Plants That Can Cause Skin Irritations? 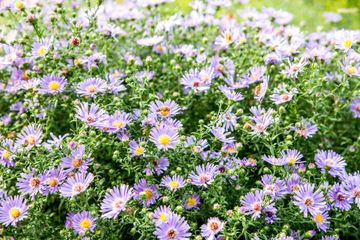