What Are the Rules About Hostess Gifts for a Baby Shower? 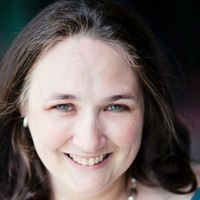 Oh, baby shower etiquette! What are the rules about hostess gifts for a baby shower?

The Thought Behind a Baby Shower Hostess Gift

If someone throws you a surprise baby shower, you are not expected to have a hostess gift immediately. However, you might consider sending a little something after the baby shower. If you are having a planned baby shower, consider bringing something with you to leave with the hostess. I have yet to be at a shower where there was a big presentation of the hostess gift. You could simply leave it on the table before you leave or give it to her to "open later" before the other guests arrive.

"I showed up to my shower with a flower arrangement/plant thing," says one mother. "My aunt threw the shower because she threw all the showers in the family. I gave her a gift for my wedding shower that she didn't like, so I just figured I'd go with something simple. She was so thrilled - she still has the plant alive and mentions it often. So it was a big hit."

This will depend on a lot of factors. It may be that you have a lot of disposable income and want to spend a fair bit or perhaps you're strapped for cash. The point is not the dollar sign amount attached to the gift, but rather the thought behind the gift. Some examples of baby shower hostess gifts include:

Whether you decide to give a gift or not, you should follow up with a detailed thank you note. Thank your hostess for the time, energy, funding that went into your baby shower. You should give specific details of personal touches that you noticed. Did she have your favorite flowers? Were all the guests feeling included? Did she serve the punch you love? Be thoughtful but honest.

If There Are Multiple Hostesses

While you might think that multiple hostesses complicate the equation, the truth is that it doesn't. You should remember to bring something for each of them as well as write separate thank you notes. Money might become more of an object with multiple hostesses.

"My three friends threw me a baby shower, it was natural to celebrate together," says Amanda. "After the shower was over and I had sent each a nice thank you note, I invited them out to lunch. We all had a great time and I picked up the tab as a thank you. It was perfect for us."

Regardless of who throws your shower or whether or not you intend to give them a thank you gift, be sure to thank them in person at a minimum.