How to Clean an Outside Dryer Vent

Mary Marlowe Leverette
Mary Marlowe Leverette is one of the industry's most highly-regarded housekeeping and fabric care experts, sharing her knowledge on efficient housekeeping, laundry, and textile conservation. She is also a Master Gardener with over 40 years' experience; writing for over 20 years.
Learn more about The Spruce's Editorial Process
Reviewed by
Becky Rapinchuk 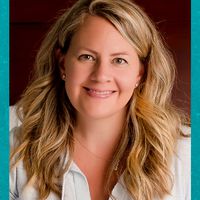 Reviewed by Becky Rapinchuk
Becky Rapinchuk is a natural cleaning expert, homekeeping expert, and founder of the lifestyle brand, Clean Mama. She has published 4 books.
Learn more about The Spruce's Review Board

When was the last time you walked outside and took a look at the dryer vent cover and how well it is opening on an outside wall of your home? It's probably not on a list of the chores you do regularly, but it should be.

Fires that begin from clothes dryers that are clogged with lint are second only to kitchen fires as the leading cause of home fire damage. Accumulated lint and dust lead the list of why laundry room fires occur, far ahead of wiring problems or other issues. While emptying the dryer lint screen after every load is essential to helping your dryer perform more efficiently and preventing fires, a properly installed and maintained dryer vent system is also key.

The majority of installed dryer vent systems that meet building code standards lead to an exhaust escape vent on an exterior wall or roofline. Keeping the outside dryer vent clean is essential to dryer safety and efficiency and in preventing structural moisture problems. Most outside dryer vents have hinged slats or "doors" that are forced open when the dryer is running to allow moisture and lint to escape. If these become clogged with lint, the moisture will remain in the dryer venting, making your dryer work harder. If your dryer is taking longer and longer to complete a load, check the outside vent. The moisture and presence of lint will also allow mold and mildew to grow in laundry area walls and floor.

According to the U.S. Fire Administration, about 3,000 home dryer fires get reported yearly. Neglecting to clean dryers and dryer vents to keep them free of lint is the leading cause of dryer fires.

How Often to Clean an Outside Dryer Vent

The outside dryer vent should be cleaned and checked quarterly to increase the airflow in your dryer. This will speed the drying time for laundry and help prevent moisture problems in your home.

Dryer vent cleaning kits include a long-handled bristle brush, which makes it easy to reach in and remove lint clogging the vent and vent pipe.

Tips to Keep the Outside Vent Air Flowing

In addition to cleaning the outside vent regularly, it is important to maintain an unblocked flow of air into and out of the vent. You should follow these tips:

Which Type of Outside Dryer Vent Is Best?

As you know, clothes dryers operate by extracting moisture from clothes through heat and tumbling action. That moisture must go somewhere. Ventless or non-vented dryers use a holding tank that collects the water and must be emptied regularly, and vented dryers expel the moisture through a vent duct into the air. It is recommended that the moisture is expelled outside to prevent excessive mold and mildew-causing moisture from accumulating in a home.

Any breach of the outside wall of a home can cause air and water leaks and pest problems. The dryer vent cover or wall cap as they are called in the building trade is necessary to prevent outside air from entering your home while allowing dryer air and excess lint to escape when needed. The cover also prevents birds or rodents from building nests and blocking the airflow. That's why it is important to select the best dryer vent cover for your climate and exterior home finish.

Dryer vents are available in several designs and materials. You can find both metal and plastic covers. While metal can be painted, most companies offer plastic covers in a number of different colors to match exterior sidings. If using a gas-powered clothes dryer, a metal exterior vent is highly recommended.

The most durable type of exterior wall vent cover is made of metal and has a magnetic door or damper that remains closed when the dryer is not in use. When the dryer is activated, the door will automatically open as the air is expelled. This type is more expensive than the plastic covers with several slats that open when airflow begins but do not "latch" when the dryer is not operating.