Resembling a tropical bird, this unique plant can grow indoors with enough light 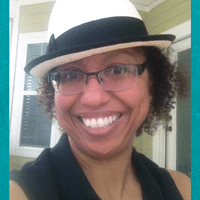 The distinctive bird of paradise (Strelitzia spp.) is one of the best-known tropical flowers. It is closely related to the banana plant. The bird of paradise plant is named for closely resembling the tropical bird of the same name. It is easier to grow than many tropical plants and makes for a vigorous, rapidly growing indoor plant. It can be moved outside in the summer and thrives for half the year.

Bird of paradise typically flowers in the late winter or early spring, but it can flower at other times of the year when provided optimal conditions. These plants grow with upright leaves emerging directly from the soil and have no trunk. The large leaves range from 12 to 18 inches long and can get splits in the leaf when exposed to windy conditions or brushed against in a busy hallway. Strelitzia is toxic to cats and dogs.

Strelitzia are beautiful plants that can be successfully grown inside; however, the biggest drawbacks are their size; they can grow 5 to 6 feet tall. These plants need 3 to 5 years to mature before they flower. They work well in massed plantings outside or as a specimen plant in warm climates, where their flowers rise above the foliage for an impressive display.

The trick to successful growth indoors is bright light with direct sun, regular watering, and warmth. Feed the plant with compost early in spring before new growth begins and fertilize every week during the growing season. To increase survival rate, grow the plant in a container that can be moved outside in warm summer months and returned inside during the winter.

This plant needs bright light, including some direct sunlight, to bloom well. However, it requires shielding in the direct midday summer sun, which can burn the leaves of younger plants. A good position is in a room with windows facing east or west. Avoid rooms with only a north-facing window.

Use rich, well-drained potting mix for potted plants or a compost mixture. If using a pot, make sure it has ample drainage holes to allow water to flow through the soil and out of the pot.

Keep the soil continually moist throughout the year. While it should not be waterlogged, expect to water it daily in the spring and summer as it loses moisture through its big leaves. You can water it until you see the water draining from its drainage holes, but make sure it does not sit in a pool of water. If overwatered, the plant will develop crunchy brown leaves. If underwatered, the leaves farthest from the center will turn yellow.

Bird of paradise prefers high humidity. You might want to keep a spray bottle handy to mist it if your home is dry. Keep the air temperature above 60 degrees Fahrenheit in the winter. This is not a cold-tolerant plant, and it recovers slowly from frost damage.

This plant is a heavy feeder. Feed it in the springtime with slow-release pellets or weekly during the growing season with liquid fertilizer.

Types of Bird of Paradise

Birds of paradise flowers last for about three weeks before dropping their petals and dying. Remove old or damaged plant matter. This is the best way to thin the leaves. Remove the leaves by pulling them off or use sharp cutting instruments. Sterilize the implements in between different plants. If a leaf appears mostly healthy, leave it intact. If your plant has grown really large, and you need to do significant cutting down, use loppers, hand pruners, or a pruning saw in the early spring. Do not use hedge trimmers, which leave ragged cuts. You can cut all leaves and stems down to just above the ground. If the plant remains too crowded, use long-handled pruners and remove selected stems and leaves.

The best ways to propagate birds of paradise are division and sowing seeds. Division is easier and quicker than growing from seed. It's best to use mature plants that have been previously blooming for at least three years. Here's how to divide strelitzia.

To propagate by division:

How to Grow Bird of Paradise From Seed

Be patient when growing strelitzia from seeds. It can take two months for the seeds to germinate. Soak seeds in room-temperature water for 24 to 48 hours before planting. Remove any orange stringy material. Nick the seed with a knife or nail file. Plant the seed in a well-draining potting mix about 1/2 to 1 inch deep and at least 3 inches apart from other seeds. Place the container in a warm, indirect sun location (at least 80 degrees Fahrenheit). Cover with a cloche or plastic wrap, keeping the soil moist but not soggy. Once the seedling germinates and produces two to three leaves, transplant to a 6-inch pot. Once your plant reaches 6 inches, it is ready for a more permanent home.

Potting and Repotting Bird of Paradise

Bird of paradise is a rapidly-growing plant that needs to reach a certain size before it blooms. A bird of paradise that is 3 to 4 feet tall grows well in a 10-inch pot. A 5- to 6-foot plant usually thrives in a 14-inch pot. Repot it every spring into the next-size-up pot.

Once it reaches maturity, allow it to be pot-bound so that it will bloom. You can divide it by the time it has matured or bloomed at least once but do it infrequently since crowded clumps produce the most blooms. Repotting disrupts the bloom cycle.

If it gets below freezing where you live for a prolonged time, you might kill this plant if you do not take it inside for the winter. However, if you live in an area like zone 9, where it only dips low for short periods, you may be able to overwinter your plant outdoors; but it will need help to survive.

To overwinter outdoors, cut the stem and leaves down to just 12 inches above the ground. Cover the entire stem and rhizome area with a layer of mulch, then leaf litter, and straw. Cover that with breathable row cover material and stake it down. As soon as spring arrives and the threat of the last frost is gone, remove the toppings.

Monitor the plant for aphids, scale, and whiteflies. If you see them, use insecticidal soap for control and apply it to the undersides of the leaves. Systemic pesticide is also effective. If you use systemic pesticide, the plant will distribute it from its roots through to its leaves and flowers. Bird of paradise is also susceptible to Botrytis cinerea (gray mold). Flowers and leaves with this condition will develop dark spots followed by a layer of gray mold. Remove the affected parts of the plant and allow them to air out.

How to Get Bird of Paradise to Bloom

Once your plant is at least four to five years old, it is mature enough to bloom. To spur flowering, keep it pot-bound. Give it a lot of sun (at least 6 hours of full sunlight or bright light) and feed it on schedule. One of the most common reasons a bird of paradise fails to flower is insufficient light. These plants should also be kept evenly moist throughout summer, but allow them to dry out between watering.

Common Problems With Bird of Paradise

Strelizia is a relatively easy-going plant with very few issues. It is most prone to root rot and insects that prey on the plant when its optimal conditions are not met. But, if it's not overwatered, kept fed, and given ample light and air circulation—it can keep most problems at bay.

Wilting or Browning of Leaves

The most common disease affecting strelitzia is root rot. When the roots of the plant sit in water or the soil gets soggy for a prolonged amount of time, a fungus that causes root rot can overtake a plant. It can be avoided by letting the soil dry out between waterings. Another sign you have root rot includes a rotting smell. Some plants can be saved if caught early. To fix root rot, pull up the root ball, cutting away blackened, moldy parts of the rhizome, apply a fungicide according to the instructions, and repot in a sterilized container with fresh, well-draining soil.

Curling leaves are a sign of underwatering. You can avoid this problem by giving more water and making sure that the water runs freely from the bottom of the pot. This thorough watering ensures that all the roots have access to water, but make sure that the plant doesn't sit in that water. Soggy soil can cause other problems.

Yellowing leaves can mean several things. First, if the occasion leaf turns yellow, and the plant is a mature plant, it can be the normal life cycle of the leaf of that plant. However, if many leaves begin to yellow it can be a sign that the plant does not have ample humidity, it needs more nutrients, or if the yellowed leaves are toward the outside of the plant, it's not getting sufficiently watered. Increase each of those factors—one at a time—to see if that solves the problem.

Slits or Breaks in the Leaves

This plant's leaves are large. If your strelitzia develops slits or breaks in the leaves, especially if your plant lives outside for some part of the year, it's natural and normal. The plant develops slits to allow the plant to circulate air around its leaves and roots. Wind and breezes contribute to slitting. Air circulation keeps mold and other pests from settling in.