How to Get Rid of German Cockroaches 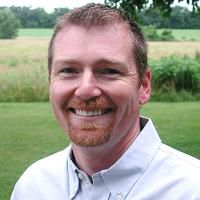 Brian Kabell
Brian Kabell is an expert in pest management, having worked as a termite field technician, inspector, and supervisor. He has 27 years of experience in structural termite and pest control.
Learn more about The Spruce's Editorial Process
Reviewed by
Amanda Rose Newton

Reviewed by Amanda Rose Newton
Amanda Rose Newton holds degrees in Horticulture, Biochemistry, Entomology, and soon a PhD in STEM Education. She is a board-certified entomologist and volunteers for USAIDs Farmer to Farmer program. Currently, she is a professor of Horticulture, an Education Specialist, and pest specialist.
Learn more about The Spruce's Review Board
Fact checked by
Jessica Wrubel

The German cockroach (Blattella germanica) is the most common type of cockroach found in homes throughout the U.S. and much of the world. Thanks to its small size and flat shape, german roaches can squeeze between the tiniest of cracks to live inside walls, behind appliances, and pretty much any other dark place.

The German cockroach adult is small and slender, about 1/2 to 5/8 inch long and 3/16 inch wide. It is a light to medium brown in color and has two short lengthwise stripes on its pronotum, the plate that covers part of the head in front and the base of the wings in back. German roach babies, or nymphs, are about the size of a typed period. It begins with a round shape, changing as it grows into a teardrop, then a cigar-like shape. It is dark brown with a small tan area on its back.

German roaches feed on garbage and thrive near damp, bacteria-laden environments. As a result, they are known to carry pathogens of over 30 diseases. Although not actually proven to transmit diseases to humans, these roaches are commonly suspected of spreading illnesses, including gastrointestinal illness such as food poisoning, by contaminating food with infected body parts. Some experts believe their discarded skin castings are the number one trigger of asthma in urban environments. German cockroaches do not typically damage structures or harm humans directly.

3 Ways to Get Rid of German Roaches

The German roach prefers the kitchen, especially tight crevices. Its favorite hiding spots are hinges of cabinet doors, the upper interior corners of cabinets, underneath sinks and refrigerators, and behind walls. Near these hiding spots, you may see German roach fecal pellets, which look like coffee grounds or ground pepper.

The German cockroach will also hide in door hinges, between baseboards and floors, and the joint where the ceiling and wall meet. Additionally, you may find them inside any electronic device or appliance, between warm plugged-in transformers and their outlets, and computers. Here is how to get rid of German cockroaches.

Keep your home clean and free of food scraps. German roaches thrive on food such as trash, dirty dishes, and leftover grease, as well as residues from toothbrushes and dish sponges. They will even eat the cast-off skins and feces of other roaches for survival. Good basic sanitation can not only prevent or get rid of German roaches but also significantly improve the effectiveness of treatment.

Roach insecticide baits are commonly sold as gels, tablets, and enclosed traps that contain poison baits inside. Gel is often the most effective form, but it must be used properly and carefully. Place bait traps where you most often see the German roaches. The key to success is to place the bait in the specific locations within the room where German roaches and/or their fecal pellets have been spotted. Near the coffee maker, on the floor by the stove, and on the wall behind the sink are common crevices where bait should be applied. Bait placements are ideally about the size of a pea. Reapply bait to avoid re-infestation by new nymphs. Re-bait three to four weeks after the initial treatment, to ensure that new roach hatchlings have fresh, edible bait on which to feed. Two natural treatments for German cockroaches include diatomaceous earth and boric acid, both of which are sold commercially. Powder forms of these pesticides can be applied to crevices and other areas harboring roaches. They are typically less toxic than other treatments, but should still be used with caution.

Use caution when placing bait. Do not apply the bait to areas that come into contact with food or that are accessible to children or pets. Carefully read and follow all label directions before using any bait or other pesticide.

Defer to a professional exterminator for faster treatment. Seasoned professionals typically get rid of roach infestations faster than a homeowner can because of their expertise and experience. They know where and how to use poisons, and they can readily identify the places where roaches are most likely to thrive.

Professionals may use insecticide in a variety of forms, including sprays, gels, and granules to get rid of German roaches. When hiring a professional service, be sure to follow all recommendations for cleaning up your home before and after treatment. If you fail to follow through with this, the German roaches will come back, and you will have wasted your time and money.

Click Play to Learn Why Cockroaches Have Extreme Survival Skills

German cockroaches are hitchhikers on people and possessions. In multi-family dwellings, they can easily travel from unit to unit through walls, ceilings, floors, and vents as well as along plumbing and wiring runs. They also travel in on second-hand furniture and appliances. In rare instances, newly purchased items, such as groceries, can act as a carrier. While German cockroaches can survive outdoors temporarily, this is not common for prolonged periods of time.

How to Prevent German Roaches

The single most effective way to prevent a German cockroach infestation is to diligently tidy the house, particularly any place where there is food, trash, or moisture. Clean up spills right away, vacuum or sweep kitchen floors every night, and don't leave dirty dishes on the counters or in the sink. Clean and ventilate the bathroom and laundry areas regularly to eliminate dank and damp corners.

Store food, particularly starchy or sweet foods and baking supplies, in airtight containers. Take out the trash, recycling, and compost every day, and use fully enclosed and lidded trash containers outdoors. Omit stacks or piles of paper and boxes, which are desirable breeding areas for German roaches.

German and Asian cockroaches (Blattella asahinai Mizukubo) are so much alike, it is nearly impossible to visually differentiate them, but they are very different in behavior: