How to Open a Jar Easily 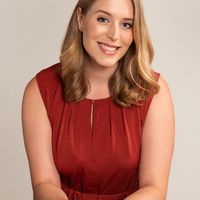 Sami is the Lifestyle Editor for The Spruce. She oversaw the home vertical, editing and covering everything from gardening and home renovation.

Jars are vacuum-sealed to preserve freshness, which is great for pickles and salsas, but not so great for you when you're desperate to open them and devour their contents. It's easy to feel helpless if you don't have someone stronger around to save the day, but what if we told you that there are a few methods of opening jars that don't require a second pair of hands or an insane amount of muscle?

Never Struggle to Open a Jar Ever Again!

The go-to methods of opening a tightly sealed jar generally include tapping the lid of the jar against the edge of the table, tapping it with a wooden spoon, or cradling the base with a kitchen towel. But these methods aren't full-proof. When these tactics fail, don't worry! You can conquer even the toughest-to-open jars by using some common household items and trying some techniques that sound way fancier than they are to employ, like friction, thermal expansion, and releasing the "vacuum" in the jar. It's time to learn how to open a jar like a total boss without breaking a sweat.

You likely have a rubber band laying around your home to help you easily open a jar. This method works thanks to friction, the force created by rubbing two things against each other. Place a thick rubber band around the edge of the jar's lid, which will automatically tighten your grip and increase the friction required to break the jar’s seal. You can wear a rubber glove or use a dampened sponge to achieve the same result.

You may know that materials tend to expand when heated (a scientific phenomenon known as thermal expansion), but not necessarily at the same rate. When it comes to a jar, the metal lid has a higher thermal conductivity than its glass base. That means that the lid will expand faster when heated. Simply run the lid of your jar under hot water for 30 seconds or submerge your lid into a bowl of warm water for the same timeframe. The metal lid should expand slightly faster than the glass, allowing you to open twist the lid off more feasibly.

Another way to open a jar is to (safely) use a knife or a screwdriver. Jars are vacuum-sealed, and one way to break that vacuum seal is to pierce the jar's lid with a sharp object. Make sure one hand is positioned at the base of the jar to stabilize it, as far out of the way of your knife-wielding hand as possible. Poke your knife through the jar's lid with one quick stabbing motion straight from the top. We recommend a small, sharp knife or screwdriver that you can wield easily.

Each of these jar opening methods is relatively easy to execute and extremely effective. Armed with these tips, you'll never feel helpless when faced with a tough lid. Your reward? That beautiful "pop" when the unwieldy jar finally opens—plus whatever's inside it, of course.