How to Use a Laser Level 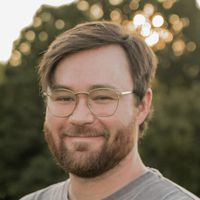 Kamron Sanders
Kamron Sanders is a home improvement expert and writer with over 15 years of hands-on construction, remodeling, woodworking, home repair, and landscaping experience. He has also written for HGTV. Kamron's expertise ranges from troubleshooting saws and lawnmowers to painting kitchen cabinets.
Learn more about The Spruce's Editorial Process
Reviewed by
Deane Biermeier

Laser levels are one of the most revolutionary tools to hit the construction industry since the power drill. Now a staple in most contractor’s tool belts, the laser level came on the scene in the late 1960s to early 1970s and was patented and perfected throughout the 80s and 90s, taking many different forms throughout the decades.

In the beginning, the laser levels in use weren’t self-leveling, meaning the user had to manually adjust the tool's position until the traditional bubble levels read level. Once the tool had been positioned, the laser line it cast could be considered perfectly level. Later, self-leveling lasers became a popular option, especially in interior construction. With this option, the user could place the laser, and a level line would instantly be created.

What Is a Self-Leveling Laser Level?

A self-leveling laser level is a device that emits a laser beam that, when used properly, is perfectly level or plumb. A replacement for a standard box level or plumb line, this tool offers an immense amount of freedom and possibilities that make jobs like laying tile, mounting cabinets, and exterior jobs like grading and masonry work easier than ever before.

These days, with laser levels coming in more compact sizes with smaller price tags, you don’t have to be a professional to justify adding this versatile tool to your tool belt. DIY enthusiasts and homeowners are finding more and more uses for laser levels around the house.

Laser levels come in all shapes and sizes, and these are just two of the most common examples you'll find.

Parts of a Laser Level

On a standard line laser level, there are just a few simple components. Common lasers will include an on/off button as well as a button to control whether the level casts a vertical or horizontal laser line, or both simultaneously. Most often, the laser level will feature a 1/4-inch female fitting on the bottom for mounting on a standard camera tripod. Additionally, some lasers feature magnets for mounting on metal studs, beams, or even metal corner beads.

On the interior of the tool is a swinging laser. This is what allows it to self-level. On some models, there may be a device for locking the laser in place when not in use to prevent damage to the fragile components. Lastly, the tool will feature a power source. Most often, this will be a space for AA batteries or a slot for a rechargeable lithium battery.

What Parts to Use

The only things that will change when using a laser level in different applications are the selected beams and the mounting device. Sometimes you'll need only a horizontal beam, sometimes a vertical, and sometimes both. Regarding the mounting device choices, the best option will be determined by your use case and worksite. Metal studs are great for the magnetic mount, suspended ceiling installation works great with clip mounts, and most other tasks call for a tripod mount.

When operating around a laser level, avoid eye contact with the laser beam.

How to Use a Line Laser Level

These steps will outline how to mount upper cabinets using a line laser level and can be applied to most applications in which a line laser would be useful.

Buying vs. Renting a Laser Level

Should you buy your own laser level or simply rent one for the job? Well, the answer depends on your needs. If all you need is a standard line laser and you will use it more than once, go ahead and buy your own. Even if you think you'll only use it once, you will likely find many uses for it in the future. Plus, line lasers are relatively inexpensive and approachable for most buyers.

If you're installing your own patio in your backyard and want a rotary laser to help get a perfect grade, you should consider renting one. Rotary levels are far more expensive, and the average homeowner isn't likely to find enough uses for this tool to justify buying it.

How to Keep a Laser Level in Accurate Working Condition

Self-leveling laser levels don't require much service to stay in accurate working condition. The best thing you can do to prolong the life of your laser is to handle it gently and keep it in a hard case whenever it's not being used. Even though today's lasers are built to handle life on a construction site, they are still relatively fragile tools and should be handled with care. Additionally, a drop could alter the accuracy of your laser. If this goes unnoticed and you continue to use the laser, it could lead to poor craftsmanship on your part, which could cost you much more than a new laser.

When storing your laser, take a second to remove the batteries. This will prevent corrosion and potential damage to the laser.

When to Replace Your Laser Level

The obvious answer to the question of when to replace your laser level is when it breaks. If it clearly can no longer perform the task at hand, it's time for a new one. However, sometimes laser levels break in ways that aren't so obvious, yet affect the performance without you knowing it. For this reason, you should check the accuracy of your laser level against a standard level and or plumb line regularly. If your laser can be calibrated, follow the manufacturer's instructions or send it in to the manufacturer for calibration.

How to Use a Stud Finder
Featured Video