What Is a Multimeter? 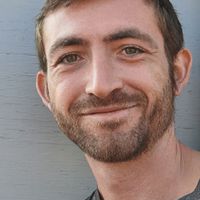 James Fitzgerald is a home improvement expert and writer with over a decade of hands-on experience in new construction, remodeling, carpentry, painting, plumbing, and landscaping. He has wrangled huge trees as a tree climber and aerial lift operator. James has written for sites Bob Villa Family Handyman and HomeServe and he also owns a handyman service.

Multimeters are invaluable tools for troubleshooting a wide range of electrical components. The possible applications are many, but they're typically used to test:

What Is a Multimeter?

A multimeter is a measurement device used to measure multiple electrical values. Multimeters can measure voltage, current, resistance, and (sometimes) test for continuity.

The multimeter's impressive versatility is owed to its ability to test for the three basic units of electricity, including:

In addition to testing those three functions, some multimeters test for continuity, or the absence of resistance within a circuit. Not all multimeters have dedicated continuity functions, but those that do emit an audible beep when continuity is present. If this setting isn't present, testing the resistance can be used instead.

Parts of a Multimeter

When using a multimeter to test live electricity, it's important to take certain safety precautions to avoid any chance of electrocution as accidents can occur. These include:

How to Use a Multimeter