Your basement is probably already providing space in your house for storage and for vital services and utilities. But if you’re like many homeowners, you dream of finishing the basement to expand the living space below-grade. A finished basement adds a significant amount of square footage to a house, and more square footage of habitable space often leads to a higher home value.

However, your basement remodel project will hit an obstacle if the space is smelly, musty, or worse, if it is plagued with moisture, mold, or radon. Ventilating the basement is an important first step in managing these issues—before finishing.

Why You Should Ventilate Your Basement

One of the issues with basements as opposed to above-grade floors is that ventilation does not just happen on its own.

Upper floors have plenty of windows which can be opened. Because the ground-level floor is a natural entry point, it has doors that frequently open and close, providing more ventilation. Upper floors, too, might be serviced by HVAC systems that cycle air in and out of rooms.

Yet in below-grade spaces, windows are smaller and there are usually fewer of them. Doors are not opened and closed as frequently as those on upper floors. And with poured concrete or masonry block walls, basements are simply more air-tight.

A poorly ventilated basement can create problems ranging from merely annoying to directly hazardous to your health. A musty, smelly basement might be enough to turn your beautifully finished basement into a place that few people want to visit.

How to Get Rid of Musty Basement Smells 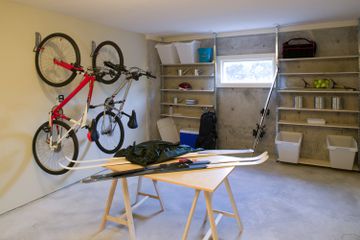 At the other end of the spectrum, radon, an invisible radioactive gas with no odor, can leech from the soil. Radon has been linked to lung cancer even among non-smokers. According to the EPA, radon is the second leading cause of lung cancer in the general population.

Along with radon concerns is the ever-present problem of black mold developing as a result of a poorly ventilated basement that builds up moisture. Not all basement mold is hazardous, yet mold is a major contributor to a basement’s musty smell. Plus, if you’re planning to sell the house, all mold must be addressed before the sale can go through.

When the weather permits, open windows and keep them open as much as possible. Fit the windows with screens and window wells since ground-level windows can bring leaves and debris into the basement. If your window well has a window well cover, remove it to allow air to pass through the window.

It's especially helpful to have two windows at opposite ends of the basement open at the same time to promote a cross breeze.

Add windows to your basement or enlarge the size of your present windows. In shallow basements, windows can be installed in the wood wall framing system. Deeper basements require cutting into the masonry foundation—a complex project requiring the assistance of a contractor.

If your basement has radon issues, passive ventilation methods will help only in the very short-term. Studies by the EPA indicate that once windows and doors are closed, radon returns to its original concentration within 12 hours.

Artificial or mechanical basement ventilation methods are those that require a device (usually electrically powered) to move air in and out of the basement.

If you have a basement bathroom, use the exhaust fan during a shower or bath and leave the fan on until all moisture is expelled. Replace low capacity bathroom exhaust fans with higher performance fans.

How to Choose the Right Size for a Bathroom Vent Fan 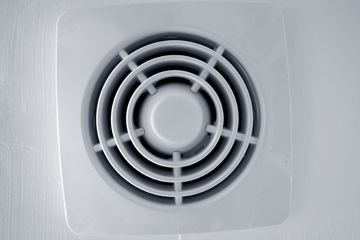 If you are in the process of remodeling your basement, run the HVAC system ductwork into the basement for air conditioning and heating. Make sure that an air return duct is included in the basement so that air can be drawn out and recirculated. Use high-quality HEPA filters on the HVAC system to filter out dust and pollen.

Install an HRV to Control Radon

Install an HRV, or heat recovery ventilator, if you have a radon problem. Also called an air-to-air heat exchanger, this device introduces outside air into the basement. To maintain temperatures in the basement, the HRV uses expelled warm or cool air to heat the incoming outdoor air.

HRVs are proven to be highly effective at removing radon gas, as well as for all general basement ventilation needs.

If you believe you have radon in your basement, hire a qualified radon contractor to test your basement for radon and to take measures to mitigate the radon.