A ground fault circuit breaker is properly called a ground-fault circuit-interrupter breaker, or simply a GFCI breaker. It installs into a home's service panel, or breaker box to provides GFCI protection for the entire branch circuit it serves. This installation is commonly used as an alternative to installing GFCI receptacles (outlets) in specific locations where they are required by the local electrical code. GFCI protection aims at protecting users against accidental shock during circuit failures.

Service panels and breakers are made by many different manufacturers, and they are not universally compatible. When installing a new breaker, the breaker must match the brand and type of panel you have. Consult the breaker and/or panel manufacturer for recommendations.

Installing a circuit breaker involves working near equipment carrying potentially deadly voltage. While the main circuit breaker and all of the branch circuits in the service panel will be shut off for the GFCI breaker installation, the incoming conductors from the utility service and the lugs (terminals) where the conductors connect to the panel remain live at all times. Never touch the service lines or the lugs while working in the service panel.

When to Call a Professional

Although the technical skills required for installing a GFCI or AFCI/GFCI circuit breaker are fairly simple, the potential for fatal shock means this is a project that you should not attempt if you aren't entirely confident of your DIY electrical skills. And in some areas, local codes do not allow unlicensed homeowners to do this work.

Call a licensed electrician if your code requires it, or if you're not completely confident in your abilities. This is a basic, affordable service call that should take the electrician less than an hour to complete.

Watch Now: How to Install a Circuit Breaker

This demonstration assumes you are installing a GFCI or AFCI/GFCI breaker for a new electrical circuit. It presumes that the circuit cable has already been routed into the panel and is simply awaiting connection to a new circuit breaker. The process will look a little different if you are disconnecting a standard circuit breaker in order to connect it to a new GFCI or AFCI/GFCI breaker.

Establishing GFCI Protection for an Outlet 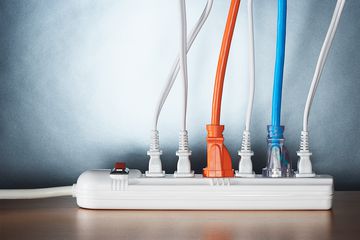