What's the Difference Between Jacuzzis, Hot Tubs, and Spas? 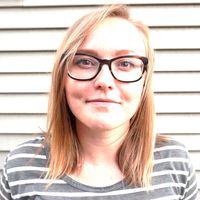 Jacuzzi, hot tub, spa—same thing, right? Not exactly. While you may have heard these terms used interchangeably, Jacuzzis, hot tubs, and spas all have some key differences.

Each one refers to a heated pool of water, usually with space for multiple people, that may or may not contain accessories like jets and bubblers. Their differences boil down to brand name, location, and specific use. Read on to learn more about each one and how they differ from one another.

What Is a Jacuzzi?

People sometimes, incorrectly, refer to any type of hot tub or spa as a Jacuzzi. But much as Kleenex is a brand name for tissues, Jacuzzi is in fact a trademarked brand name for jetted tubs and other spa equipment. In 1956, the Jacuzzi brothers created the original hydrotherapy bath with the invention of an underwater pump that arthritis patients could use to relieve pain. A decade later, Jacuzzi created the world’s first integrated jet whirlpool bath. Another decade later, the company invented large, indoor, jetted tubs that could accommodate multiple people.

Those suffering from arthritis and joint pain aren’t the only ones who enjoy Jacuzzi tubs: It’s safe to say everyone appreciates a nice soak in a signature Jacuzzi jetted tub to reach ultimate relaxation.

You can usually find Jacuzzis at quality hotels and spas. And if you want relaxation at the ready, you can even purchase one for your own home. Depending on your Jacuzzi’s size, you can install it either in your bathroom or in your backyard.

What Is a Hot Tub?

A hot tub is a large tub of heated water that people often use for relaxation, hydrotherapy, or simply for fun. The term hot tub is a generic one referring to any tub, whether it has jets, bubblers, or no extra features at all. Hot tubs are large in size and are intended to be used by multiple people at once, unlike typical bathtubs. Typically, hot tubs are placed outdoors on patios or in backyards, though installing them indoors is possible. Hot tubs are typically above ground.

Their designs can be simple or complex, but all models typically are made from an acrylic shell that holds the heated water. Hot tubs are standalone features that have their own plumbing and electric controls. In general, hot tubs are a more affordable hydrotherapy option and are more energy-efficient than spas and Jacuzzis.

What Is a Spa?

The term spa describes water treatment, but this treatment can take many forms. Spa resorts (often just referred to as spas) are locations where mineral-rich spring water, like that from natural hot springs, is used for healing baths and other health treatments. Spa resorts are widely popular in today’s world, but they are especially beloved in Asia and Europe.

Hot tubs, jetted tubs, and Jacuzzis can also be referred to as spas. In the U.S., people use this term for tubs with strong jets that provide a relaxing massage effect. Most of these so-called spas have molded seating and several jets all around to accommodate and massage multiple people at once.

Portable spas are installed above ground, but others can essentially sink into a deck or floor. Hotels and resorts may have in-ground spas for visitors. Spas are often built attached to an in-ground pool, often with a bench seat and a few jets on the inside.

Jacuzzi vs. Hot Tub vs. Spa

While the three terms are often used interchangeably, they aren’t the same. A hot tub is an umbrella term for any tub with heated water. Spas fall into this category, but spa is also another umbrella term that refers to water therapy, which includes Jacuzzis. Jacuzzis are a trademarked brand name. In other words, all Jacuzzis are spas and all spas are hot tubs, but not all spas and hot tubs are Jacuzzis. (We know, it’s confusing.)

One of the largest differences between hot tubs and spas is their use. Spas are typically standalone or in-ground structures that provide health treatments in addition to water therapy treatments. Hot tubs are usually portable with its own plumbing and electrical control systems.

While the three terms aren’t interchangeable, they do have similarities. Jacuzzis, hot tubs, and spas all offer a form of hydrotherapy, recreation, and relaxation.