Reduce and Remove Lint From Clothes and Upholstery

Mary Marlowe Leverette
Mary Marlowe Leverette is one of the industry's most highly-regarded housekeeping and fabric care experts, sharing her knowledge on efficient housekeeping, laundry, and textile conservation. She is also a Master Gardener with over 40 years' experience; writing for over 20 years.
Learn more about The Spruce's Editorial Process
Reviewed by
Brandon Pleshek 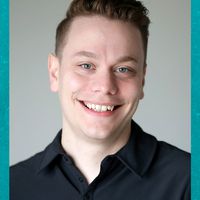 Lint never looks good on clothes, regardless if it's white lint on dark clothes or vice versa.

And removing lint can be a frustrating time-waster. Here are some tips to help you remove lint and prevent this annoyance from happening in the first place.

A piece of lint is the tangled accumulation of tiny fibers that loosen from the fabric, but it still clings to the fabric by a short stem.

How to Get Rid of Lint on Clothing

If you've washed something and it has excessive lint, begin by washing the item again (no need to add detergent) adding one cup of distilled white vinegar or a dose of liquid fabric softener to the rinse water. The washing agitation will help displace the lint and the vinegar will help loosen the lint from the fabric by relaxing the fibers.

If you don't have time to rewash, spray the garment with an anti-static spray and then brush with a lint roller or a dry, cellulose sponge. These same tips work for removing dog and cat hair from clothes.

For lint or pet hair on upholstery, start by vacuuming with the upholstery tool on your vacuum. Next, spray the fabric with an anti-static spray (Static Guard is a brand name). Brush the upholstery with a microfiber cloth, cellulose sponge, or rubber squeegee. Vacuum again and finish up with a sticky lint roller.

Preventing excessive lint begins with how you sort your laundry. Some fabrics are lint shedders, others are lint attractors, and the two should not be washed together. Of course, it is best to sort lint shedders by color as well.

Lint in the Washer Equals Lint on Your Clothes

If you have a garment that is already covered with lint or pet hair, toss it in the dryer on the air-only cycle with a dryer sheet to help remove as much lint as possible before washing. Be sure the dryer lint filter is clean before starting the air cycle.

To prevent lint from depositing on the outside of clothing, wash garments inside out. However, if you have a garment that is covered with lint (a white shirt worn under a black sweater), wash it with the right side out to help lift the lint off the fabric.

As you load your washer, be sure that you do not overload. It is important that water can move freely between fabrics so that lint suspended in the water can be washed away. Overcrowding allows the lint to redeposit.

Some older washers have a lint filter that should be cleaned regularly. It is usually located on the side or upper rim of the tub. However, today's washers have self-cleaning lint filters usually located under the agitator in top-load machines and behind the tub of a front-load washer. While self-cleaning sounds great, it also means that the lint and hair can be trapped if you don't use enough water to wash them completely out of the machine. It is helpful to run a cleaning cycle every month to flush the lint away.

Excessive lint on clothes after washing may also indicate that the water pump filter is clogged. When that happens, the wash and rinse water with all that suspended lint drains too slowly and leaves deposits on wet clothes.

To clean the pump filter, open the outer housing of your washer. For front-load washers, the lower panel will pop off easily and you can access the clean-out filter. For top-loading washers, follow the directions in your washer manual to access the water pump. You may find lots of lint, coins, buttons, or even a sock that is causing a slow drain and leaving lint on your clothes.

If your washer is connected to a septic tank system, the lint is being washed out of the washer and into your tank. Synthetic fibers don't break down easily and will continue to collect until they cause a problem. There are external lint filters that can be connected to the washer to prevent this problem. Remember to clean these regularly to prevent lint from redepositing on clothes.

Get Rid of Lint in the Dryer

Every dryer has a lint filter that is essential for capturing the lint that is lifted away from wet clothes as they dry. It is also essential to keep this lint filter clean or lint can redeposit onto clothes because it has nowhere else to go. It's also important to keep the dryer vent system and outside vents clean so that airflow is strong enough to pull away lint and as a bonus, it will help prevent fires.

How to Clean Your Dryer Vent

If you did not use a fabric softener in the washer, a dryer sheet can help reduce static electricity that can hold lint to clothes.

Lint in the Closet

A lint brush or lint roller is essential in the closet, your desk, your purse, and your car. For quick touch-ups, there is nothing better.

If a garment has lots of lint and you don't have time to wash it or dry clean it, use a clothes steamer in addition to the lint brush. The dampness will help reduce the static that holds the lint more tightly to the fabric.

Lastly, do not store lint-producing items such as sweaters or bathrobes near lint-attracting clothes, and keep dark-colored clothes away from light-colored items.