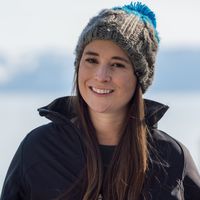 Suzie Dundas
Suzie Dundas is a writer specializing in home and travel, currently with a regular column at Forbes. She writes about home products for The Spruce. In her over 10 years of experience, her writing has appeared in Fodor's, SkyLife Magazine, and Outdoor Sports Guide, among other publications.
Learn more about The Spruce's Editorial Process

The Levoit LV-H132 Air Purifier is a great option for price-conscious buyers who have a small, relatively clean space to filter. If you have a larger home, however, it likely won’t be powerful enough.

View On Amazon View On Walmart
4.2

We purchased the Levoit LV-H132 Air Purifier so our reviewer could put it to the test in her home. Keep reading for our full product review.

An air purifier like the Levoit LV-H132 can make a big difference in your home—especially if you have pets or other air quality concerns. Air purifiers are specially designed to clean the air in your home by filtering out unhealthy particles. Air purifiers with HEPA filters can filter out at least 99.97 percent of dust, pollen, mold, bacteria, and any airborne particles with a size of 0.3 microns (µm). For users with allergies, an air purifier can lessen symptoms and help you breathe easier—a big sigh of relief if frequent cleaning just hasn’t been cutting it. These gadgets can range in cost from under $100 to well over $500 depending on the size of the space it can clean. Below, we dig into the Levoit LV-H132, an under-$100 pick we recently tested. Read on for what we discovered in terms of performance, design, and competition.

Setup Process: Simple enough for anyone to do

Setting up the Levoit LV H132 purifier couldn’t be any easier. The purifier comes completely assembled. All you need to do is rotate the unit upside-down, twist off the top panel, and insert the round HEPA filter. Lock the panel back on, and you’re ready to use it. Short of plugging it in, there’s nothing else to do. The whole process took us less than 30 seconds and was very clearly laid out in the accompanying instruction booklet.

With modern white casing and blue indicator lights, the Levoit could easily be mistaken for a countertop voice assistant or speaker.

Performance: Effective in small spaces, but low on features

The Levoit LV-H132 is very quiet when operating on the lowest setting. We found it wasn’t much louder than the sound of an air conditioner or white noise machine. It's more than quite enough for watching TV, listening to music, or chatting over dinner. Since it's so quiet, it would also work well in an office. The mid-level setting is likely still quiet enough for most users to comfortably sleep through, but the fastest setting has a bit of a whirling sound—not unlike a box fan. It's nothing we'd call loud, but it's certainly noticeable. Just be sure to remove all packaging on the inside filters or you’ll find it makes a terrible rattling noise when running.

We found it wasn’t much louder than the sound of an air conditioner or white noise machine.

From a technical standpoint, the only major flaw we found with this purifier is that there's no definitive way to know if it's working. We tested the purifier in a bedroom with two people and a shedding Bassett hound, running it overnight for a week. Following our initial run, we turned it off for a few nights to compare the difference in air quality. While we didn't notice any significant difference during the week it was running, we could certainly tell during the off-days that the unit had indeed been doing its job when it was on. Without it, the room smelled mustier and we woke up with scratchier, itchier throats. If you're looking for confirmation of that, though, you won't find it on the unit (short of looking at the filter). The air purifier doesn't have any indicator lights or reporting mechanisms, and since it may take a while to collect enough particles for the filter to look visibly dirty, you won't be able to see results for several weeks.

If you're looking for a feature-rich purifier, you'd be better off considering some of the more expensive options on the market. Aside from a nightlight, a choice of three different speed settings, and a filter replacement light that blinks when it’s time to swap filters, the Levoit doesn’t have any additional functionality. There's no option to set a timer or schedule when it operates, nor can you choose from any "eco" or power-saving modes. If you're just looking for an air purifier to run at night in a bedroom, however, this will get the job done.

Design: A modern and clean look

With modern white casing and blue indicator lights, the Levoit could easily be mistaken for a countertop voice assistant or speaker. Since it’s small, the purifier is also subtle and likely won’t draw attention no matter the room it’s placed in. We wouldn't hesitate to recommend it to someone in a small space who doesn't have anywhere to "hide" it. The purifier matches the look of many of the best humidifiers on the market, so you could also pair the two units in one room.

The best part of the Levoit’s design is perhaps what’s inside, though: a high-efficiency particulate air filter—AKA a HEPA filter. Acting as the second filtration stage—after the pre-filter which screens large particles and before the activated carbon filter which eliminates odors—the HEPA filter traps microscopic particles that non-HEPA filters are unable to efficiently catch. Basically, it’s designed to filter out mold, fungi, pollen, and pet dander, making it ideal for allergy sufferers.

Price: Super-affordable at under $100

The Levoit LV-H132 Air Purifier scores major points when it comes to price. It has an MSRP of $89.99 and the filters—which Levoit recommends you change every six months—retail for roughly $18. On top of scoring the unit for less than $100, you also get a full two-year warranty with purchase and an additional year of coverage if you register your product online within two weeks of purchase.

Competition: More powerful options are out there

The Levoit LV-H132 Air Purifier is a true stand-out if you’re buying a purifier based solely on price and the presence of a HEPA filter. That said, if you have some wiggle room with cost, you may want to look at other options that cover a larger space and offer more features. The LV-H132’s instructions say it should be used in rooms smaller than 126 square feet, which isn’t very large. For primary bedrooms or living rooms, you’ll likely want to consider a larger unit like the Coway AP-1512HH Mighty Air Purifier, designed to filter rooms up to 361 square feet, or the Honeywell True HEPA Allergen Remover which was designed for rooms up to 465 square feet. Though both cost more than twice the price of the Levoit, they triple and quadruple your coverage area respectively. Both also employ HEPA filters. On the flip side, they’re larger in footprint and the benefit of the Levoit’s small size is that it leaves plenty of room for other machines you may want to use like a portable heater or white noise machine. So at the end of the day, it really depends on the space you’re looking to cover.

About This Term: Primary Bedroom

Many real estate associations, including the National Association of Home Builders, have classified the term "Master Bedroom" as discriminatory. "Primary Bedroom" is the name now widely used among the real estate community and better reflects the purpose of the room.

Read more about our Diversity and Inclusion Pledge to make The Spruce a site where all feel welcome.

A solid and affordable small-space option

If you’re on a tight budget and have a small space to address, this purifier—with its slight footprint and powerful HEPA filter—is a great option. If you want any additional features, like the ability to monitor your air quality or set timers, however, you’ll need to consider a more expensive model.