How to Throw an Olympics Party for Kids 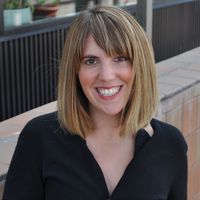 Is your child a striving athlete or a big fan of the Olympics? Maybe you can't take them to celebrate their birthday at the actual Olympics, but you can bring the games home with an Olympics-themed party for kids.​

Whether you want to throw an all-out Olympics party, plan your child's end-of-school-year celebration, or just want to invite some kids over to watch the big events on TV, here are some fun ideas for celebrating in gold-medal style.

Olympians need to keep up their strength, so make sure they visit your buffet table to sample some of these Olympics-themed party foods. We've included some vegan and vegetarian options, too. You should also be aware of any food allergies that kids might have attending the party.

Kids will be awestruck when they walk in and see the Olympic-theme decorations at the party. Enlist your children to help make the decorations so they can show off their creative skills, too. Incorporate some of the items that will be used during the kids' games and activities in the decorations to help save time and expense.

Get the kids excited about the Olympics by bringing their own version to your backyard. Running, relay races, obstacle courses, Marco Polo or races with beach balls in a pool if you have one, and more. On your mark, get set go! Let the games begin!

During the party, you should plan to provide such party favors as the sports bottles of water or Gatorade to help keep the kids hydrated during the games. But as the party is winding down, plan to "award" the kids who attended with their gold medals and remaining party favors. Have an awards ceremony with the whole kit and kaboodle, from patriotic music to announcing each of their names. They will be so excited and talk about this Olympic-themed party for weeks!