Parachute Just Launched the Puff Comforter of Our Dreams

All your marshmallow bedding dreams are coming true 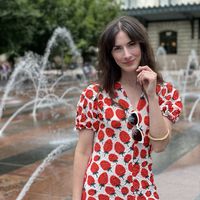 Megan McCarty
Megan is a writer, editor, etc.-er, with over 13 years of experience in both print and digital media. She regularly contributes to design-focused outlets such as MyDomaine, Architectural Digest, Domino, House & Home, and Hunker.
Learn more about The Spruce's Editorial Process

In terms of a bedroom’s design, you can’t underestimate the importance of a comforter. It’s the statement piece of the space, after all, and sets the tone for the color palette and style of the rest of the room.

As much as we love snuggling up underneath a comforter, they can often be a pain. Many need to be dressed in a duvet cover, which makes always seems to make us break a sweat. Other comforters are only appropriate for one season, either too heavy for the steamy days of summer or too lightweight for the chilly months. 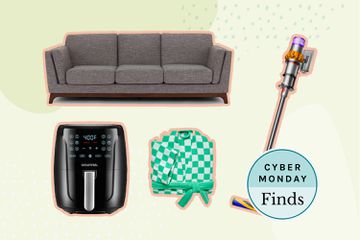 But, in comes Parachute's new Organic Cotton Puff Comforter that can solve all our bedding problems. Leave it to fan favorite bedding brand Parachute to design a new comforter—their first!—that solves all of those problems. The name says it all: it is an extra puffy comforter encased in a super soft-to-the-touch organic brushed cotton fabric. No need to switch it out whenever the seasons change either: consider it the Goldilocks of comforters.

The Puff Comforter is made for year-round use, keeping you perfectly cozy as you snooze no matter if a snowstorm is swirling outside or if Mother Nature gave you a sweltering heatwave.

“Our new Cotton Puff Comforter is what marshmallow dreams are made of,” Amy Hoban, Chief Creative Officer of Parachute, says. “This piece is so soft and fluffy you will immediately want to jump into bed.” The one downside? It might make getting out of bed each morning that much harder.

Best of all, there’s no need to wrestle with a duvet cover. The Puff Comforter is a one-and-done look, with no layering necessary. Once you finally convince yourself to crawl out from under it each morning, simply give the Puff Comforter a good shake, throw your pillows into place, and voila! Consider your bed made. Its gathered pintuck stitch gives it a polished, pleated look without being fussy.

The Puff Comforter comes in two sizes: full/queen ($249) and king/California king ($269), as well as three of Parachute’s classic neutral colors. Choose from bone, dusk, and mist. Each would bring a calming vibe to your bedroom’s design.

After years of offering sheets, pillowcases, and duvet covers, it’s about time Parachute entered the comforter game. Customers have been requesting an easier way to build a fluffy bedscape, and with the Puff Comforter, Parachute delivers.

“This is the first time we’ve offered a comforter, so we worked hard to make it right,” Hoban says. “It has an organic cotton shell and a recycled fill, making it a sustainable and perfectly priced piece for your bedroom." Color coordinate the comforter with Parachute’s fitted sheets, top sheets, and pillowcases for a monochromatic bedscape, or mix and match the hues for a layered look.

How pretty would the mist comforter look with ochre pillowcases? Or the bone comforter with a set of latte-colored sheets and pillowcases for a tonal bed design? Hoban has a favorite pairing too—“I personally love it in mist and dusk with our new clover Brushed Cotton Sheets,” she says.

Perhaps most importantly, the Puff Comforter is machine washable. That’s an absolute necessity for a comforter when a duvet cover isn’t involved. Between skin cells, sweat, pet hair, and dust mites, you’ll want to ensure your comforter gets a spin in the wash once a week and the Puff Comforter makes that easy.

“If you’re looking to quickly elevate the look of your space, the Cloud Cotton Comforter is a must-have,” Hoban says. “It’s everything cozy and beautiful for fall." Go ahead, add it to your online cart. A better night’s sleep awaits.