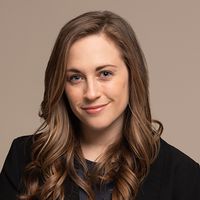 Avery Stone is a commerce editor at Dotdash Meredith and a freelance writer who covers travel and culture. She has over 10 years of experience. Her work has appeared in Elle, Billboard, Nylon, Departures, and Travel + Leisure, among others.

Pine Cone Hill’s Linen Chenille Duvet Cover is a worthwhile splurge if you can swing it.

View On Wayfair View On Bedsidemanor.com View On Graciousstyle.com
In This Article

We purchased the Pine Cone Hill Linen Chenille Duvet Cover so our expert reviewer could put it to the test in her home. Keep reading for our full product review.

If you’re looking for a serious upgrade to your bedding, consider the Linen Chenille Duvet Cover from Pine Cone Hill—a line of bed, bath, and home décor from Massachusetts-born designer Annie Selke. Made from a blend of linen, cotton, and viscose, the cover offers some smart design touches like corner ties that keep your comforter in place. However, it’s also the very definition of a splurge, starting around $400 (for a twin) and extending to about $600 (for a king).

Is this popular duvet cover worth the money? We tested it to find out.

Material and Texture: A cozy combo of linen and chenille

Linen is known for being both breathable and durable, while chenille is prized for its unique velvety texture—and this duvet cover combines the best of both worlds.

We slept with this cover nightly for over a month and found that it was the ideal combination of cozy and breathable. We certainly looked forward to getting into bed every night! However, it’s not as thick or warm as other duvet covers we’ve used, which means it might not be ideal for cold temperatures or for people who tend to get chilly when they sleep. Overall, we think it’s warm enough to be a solid three-season duvet cover—and in the winter, it would just have to be paired with an ultra-warm comforter.

We noticed that this duvet cover has multiple design touches that make it both more attractive and easier to use. It’s reversible (always a plus!), and clear button closures give it a casual yet streamlined look. It also has corner ties to keep your comforter perfectly in place. One downside, however, is that it only comes in one color: Monroe Bisque, a warm beige with a subtle yellow undertone. While this shade is very neutral, it would be nice to have other options such as white, cream, gray, blue, or black.

Washing and Upkeep: Easy to clean but a precaution for pet owners

We loved that this cover was relatively low maintenance. It’s machine-washable and we were able to even tumble-dry it on low. We washed and dried this duvet cover once, and it held up very well; it didn’t fray, tear, or appear discolored at any point in the process.

However, a few notes on maintaining this duvet: Firstly, because of the velvety texture of the chenille, it attracted lint and dust pretty easily. Also, our cat happened to love the fabric as much as we did—she would knead its surface often. Although linen has a reputation for being durable, we worry about her pulling the threads of the chenille’s raised surface with her claws over time; we’ve already observed a few small loose threads.

This duvet cover is definitely an investment, but it delivers on quality: it’s beautiful, cozy, durable, and versatile enough to use year-round.

Price: The definition of a splurge

This duvet cover’s high price tag (ranging from an MSRP of $414 for a twin to $634 for a king) is its main drawback. That doesn’t mean it’s not worth the investment, though. If you have it in your budget to splurge, this duvet cover delivers in terms of quality, and it feels like it will last for years to come. We found ourselves wishing, though, that it came with a sham or two (those are sold separately from $90 each) to give you a bit more bang for your buck.

Brooklinen, the Brooklyn-based direct-to-consumer bedding company, also offers a luxury linen duvet cover (from $219 for a twin to $259 for a king). Both sets are machine-washable and have corner ties and button closures. There are, however, a few key differences between them: Brooklinen’s duvet cover is made from 100 percent linen, which means it’s durable and breathable but is more prone to wrinkling. Pine Cone Hill’s linen-chenille blend, on the other hand, will feel softer and velvety to the touch. Additionally, Pine Cone Hill’s duvet cover only comes in one color, while Brooklinen offers multiple colors and patterns.

The biggest differentiator, however, is the price: Brooklinen’s duvet cover costs approximately half of Pine Cone Hill’s. It also has a lifetime warranty—if a customer isn’t completely satisfied with their duvet cover, Brooklinen offers free exchanges and replacements.

A worthwhile investment, if you can swing it.

Pine Cone Hill’s Linen Chenille Duvet Cover is definitely an investment, but it delivers on quality: It’s beautiful, cozy, durable, and versatile enough to use year-round. If you’re looking for a luxury upgrade to your bedding—and can swing the higher price point—it’s an excellent option.