Reasons People Buy Fixer-Uppers, and They're Not Flippers

It's not just about the more affordable price tag 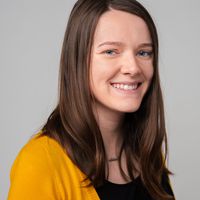 Claudia Guthrie
Claudia Guthrie is an interior trends expert and writer with over five years of experience specializing in covering new product and furniture line launches. She has also written for other sites covering crafting and DIY content.
Learn more about The Spruce's Editorial Process

I live in a fairly old neighborhood in Denver, filled with Tudors and bungalows built in the ’40s and ’50s. My frequent walks through the streets always leave me oohing and aahing at the gorgeous brick facades. And I’m not alone.

Old houses seem to be all the rage. @cheapoldhouses lists affordable, historic houses for sale and is an Instagram sensation with more than 1.5 million followers. We spoke to homeowners who purchased old fixer-uppers—to fix and live in, not to flip—about what drew them to forego a typical, ready-to-move-into home.