Reviewed by Richard Epstein
Richard Epstein is a licensed master plumber with over 40 years experience in residential and commercial plumbing. He specializes in estimating as well as design and engineering for plumbing systems, and he works for one of New York's largest union plumbing construction companies.
Learn more about The Spruce's Review Board
Fact checked by
Elizabeth Maclennan 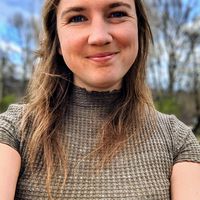 In a lawn irrigation system, repair or replacement of an irrigation valve is a very common repair. An irrigation system is typically divided into several zones, each of which feeds sprinkler heads in a different area of the lawn or garden, and each zone is controlled by a valve that receives signals from a centrally located controller. The constant on-off cycles of the valves creates wear and tear, and sooner or later you will be faced with the job of working on one or more of the valves.

Surprisingly often, though, it can be difficult to locate the sprinkler valves. The task is complicated by the fact that the valve locations can vary greatly depending on the size of the yard and the design of the system. In many areas, the source water for irrigation systems may not come from the house: Some local jurisdictions require there to be a reduced pressure zone assembly (or RPZ valve) on the source water, in which case the valves will be outside.

Above-ground irrigation valves are usually installed near the water source, so start by looking around the perimeter of the house or garage. Look behind bushes, since shrubbery that spreads as it matures can often hide the sprinkler valves. Often, the zone valves will be located in close proximity to the vacuum breaker, a required feature in most irrigation systems.

In newer lawn irrigation systems, the valves should be installed in valve boxes set into the earth. Often these are easily visible. In small yards, there is often a single valve box located near where the irrigation pipes enter the ground from the water source. Larger yards may have remote valve boxes set at the start of each irrigation zone. Here are some tips for location below-ground valves, beginning with the easiest.

Map Your Irrigation System for the Future

Once you have located the irrigation valves, consider drawing up a diagram of the sprinkler system to avoid this problem in the future. It may be a while before you need to repair or replace a sprinkler valve again, and you may not recall the exact location by then.