Meet the Furniture Company Donating All Profits to Ukraine 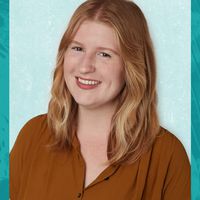 When Elina Ishchenko and her husband founded Two Giraffes, a children's furniture company, they had two goals: to create playfully designed furniture that kids would love using, and to make it sustainable, ethical, and affordable.

Now that their furniture has become a reality, those criteria are still the same, but they've also encountered another need: donating all of the proceeds from their sales to families in Ukraine.

“We are helping right now even more than we can afford, from our own funds, from company funds," says Ishchenko. "I wouldn’t say that we promise to donate some percent of our profit. To be honest, we donate everything."

Ishchenko and her husband are Ukrainian, but have been based in Toronto for the last 3 years, where they run their business from. They have been using their own connections to Ukraine and to Toronto's Ukrainian community to help families in need.

"My husband’s friend, he’s a lawyer, and he’s working in the military forces in [Zhytomyr region], it’s next to Kyiv city. And he asked that they needed medical first aid kits, and we bought two boxes for $2,000 for those kits and we sent them out," Ishchenko says. “We were forced to cut our marketing costs; if we can save some money to help more, we are doing it.”

But it's not just their profits that are helping people in Ukraine—they're also providing jobs. Two Giraffes' furniture is manufactured in a family-run furniture factory in western Ukraine, which Ishchenko says is relatively safe for the moment. She hopes to be able to continue having their furniture manufactured there.

Filling a Need in Children's Furniture

Ishchenko says she founded Two Giraffes when she noticed a gap in the children's furniture space: affordable but sustainable furniture. She was looking for furniture for her own family, as she was trying to transition her then-two-year-old daughter from a crib to a bed.

“I was trying to find a bed that first would be designed to help make this transition easier, in terms of it would be physically easier for her to get in and out and she’d really love the bed and she would love to make this change herself,” says Ishchenko. “For us, as a family with 3 kids and middle class, it was kind of costly and I was surprised. Why is it such an expensive segment? Is it really that expensive in terms of materials, in terms of production process?"

After spending a year and a half sourcing somewhere to make the products, and another 6 months to visit the factory in Ukraine and see their facilities herself, the first shipment arrived in the US in late December 2021. She says each product is tested to the highest standards and they continue to prioritize quality and ethical sourcing.

Two Giraffes furniture is now available to shop online on their own website, as well as Amazon and Walmart. Their furniture is Montessori-inspired in design, with low beds in understated yet playful shapes like their house bed and wooden bunny chairs and table set. “It’s universal, it’s unisex, and it’s furniture which is designed to be used by the next generation," Ishchenko says.

Sending Help to Families in Ukraine

The war in Ukraine has impacted their lives, and business, on many levels. Two weeks after the war began, Ishchenko and her husband were able to bring her mother to stay with them in Toronto. "She traveled in a car with people she didn’t even know, they were just passing by," she says about her mother's journey. "They put their own kid in a trunk to get my mom in and they were traveling for 24 hours, it was a distance of 500 km to get to the border. As soon as she arrived, I started to breathe again, I started to sleep."

Ishchenko says they have had to put some of their own family plans on hold. "We had our savings for a downpayment for a house, but we think that we can postpone it. It’s not the right time for it, and if we can help now, we are helping," she says. She also says they have had to cut their marketing costs for the business in order to save money.

It’s not 5 percent of our profits—it’s literally everything.

In addition to sending first aid kits and tourniquets to her husband's friend in the Ukrainian army, they have also sent money to families in need. "We know that there are five families in the middle of nowhere in Ukraine, they have no work and they need [money] to survive the next couple of months, and we donated that money,” she says. "Every purchase matters right now. It’s not 5 percent of our profits—it’s literally everything.”

But Ishchenko says the future of the business depends on what happens in the next month in Ukraine. While they have enough furniture in stock for about 4 to 6 months of orders, she says they will have to consider manufacturers elsewhere if there isn't an improvement. “We would love to continue working with the Ukrainian factory. They are amazing,” she says.

Hopeful for the Future

Despite the "terrible situation," Ishchenko seems hopeful for the future of Two Giraffes. While they only have a small number of furniture items available due to the size of the company itself, she has big ideas for more products.

Ishchenko hopes to expand their product offerings with the addition of a floor bed with rails to help toddlers learn about the borders and edges of the bed, as well as some multifunctional pieces including one piece that can be a toddler desk, a doll playhouse, and a bookshelf all in one. “We have lots of ideas and hopefully we will have the facilities to produce it.”