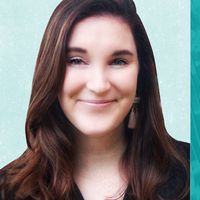 Madison Yauger is a commerce staff writer for The Spruce focusing on home decor, bed, and bath content.

Organization fans everywhere rejoiced when season two of Get Organized with The Home Edit premiered on Netflix on April 2. In the show, The Home Edit brand co-founders Joanna Teplin and Clea Shearer travel to spaces across the U.S., making over kitchens, offices, and bedrooms with colorful and beautifully designed organization hacks that remove clutter and emphasize functionality.

We spoke to Shearer and Teplin to learn about their favorite trends and products from the season.

The duo is seeing more thought go into organization these days. "People are now understanding that organizing is really a form of self-care, and it can do so much for your mind and body. Instead of 'I have to organize,' it's 'I get to organize.' In other words, how can my space bring more peace to my life? What's working? What's not?" Shearer tells The Spruce.

"People are also thinking beyond traditional spaces such as closets and pantries to create systems that might seem small, but make a huge difference. A charging station where everyone can dock their devices is a great example," she says.

Another trend they're seeing is children's enthusiasm for getting involved in the process. "Kids are also getting more into organizing than ever before—and not just the ones we gave birth to," jokes Teplin.

"Our Netflix show played a huge role in that. We have parents and kids reaching out to us on a daily basis to share photos of their newly organized spaces. Kids are even playing 'The Home Edit' and pretending to be either Clea or [myself]. They'll go through the whole edit process in their playroom and group things into categories. It's still hard for us to believe!"

The duo's personal favorite products are open-front bins. "We used both the clear and wooden versions from our product collections throughout the season," says Shearer. "They are perfect for storing those grab-and-go items that still need to be properly contained."

When asked about the team's favorite space to organize, Teplin says,

"We love pantries because they present so many fun challenges. It’s like solving a giant Rubik’s cube or jigsaw puzzle. An organized pantry can also make a huge difference in people's lives. Maybe they’ve been wanting to eat healthier or start cooking more. We’re able to create systems to help them reach those goals, which is very rewarding. Also, what could be more fun than pouring things into canisters and sorting snacks by color? Highly recommend it."

Here are some of Shearer and Teplin's favorite go-to products from season 2. 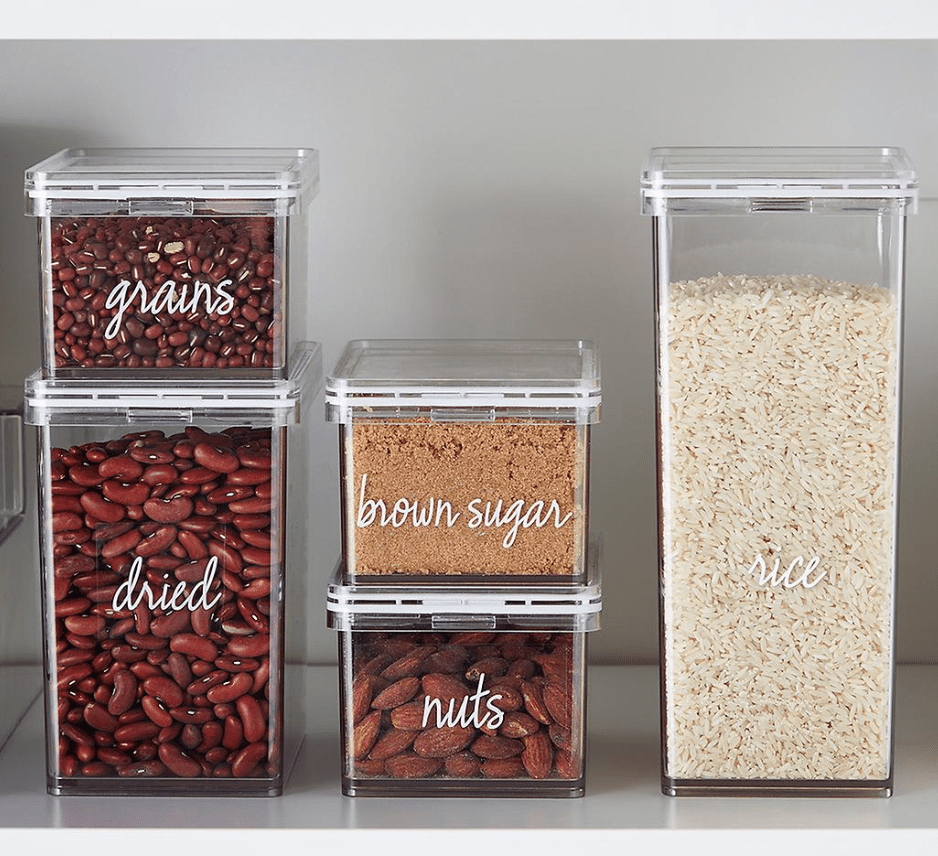 When the team travels to Atlanta to help a family organize their pantry in episode one, we see these large pantry canisters utilized for their form and function. Teplin points out that a clear canister used for cereal or dry goods can help you keep tabs on your inventory to know what's running low. "It is so helpful being able to see what you have and what needs to be restocked at a glance. Cooking and grocery shopping are so much easier that way!" Teplin tells The Spruce. Each canister has a shape that fits well with the others in the collection—some tall and narrow and some shorter and wider for stacking purposes. "Canisters also help maximize space," she adds. "Original packaging can be extremely bulky and unnecessary." 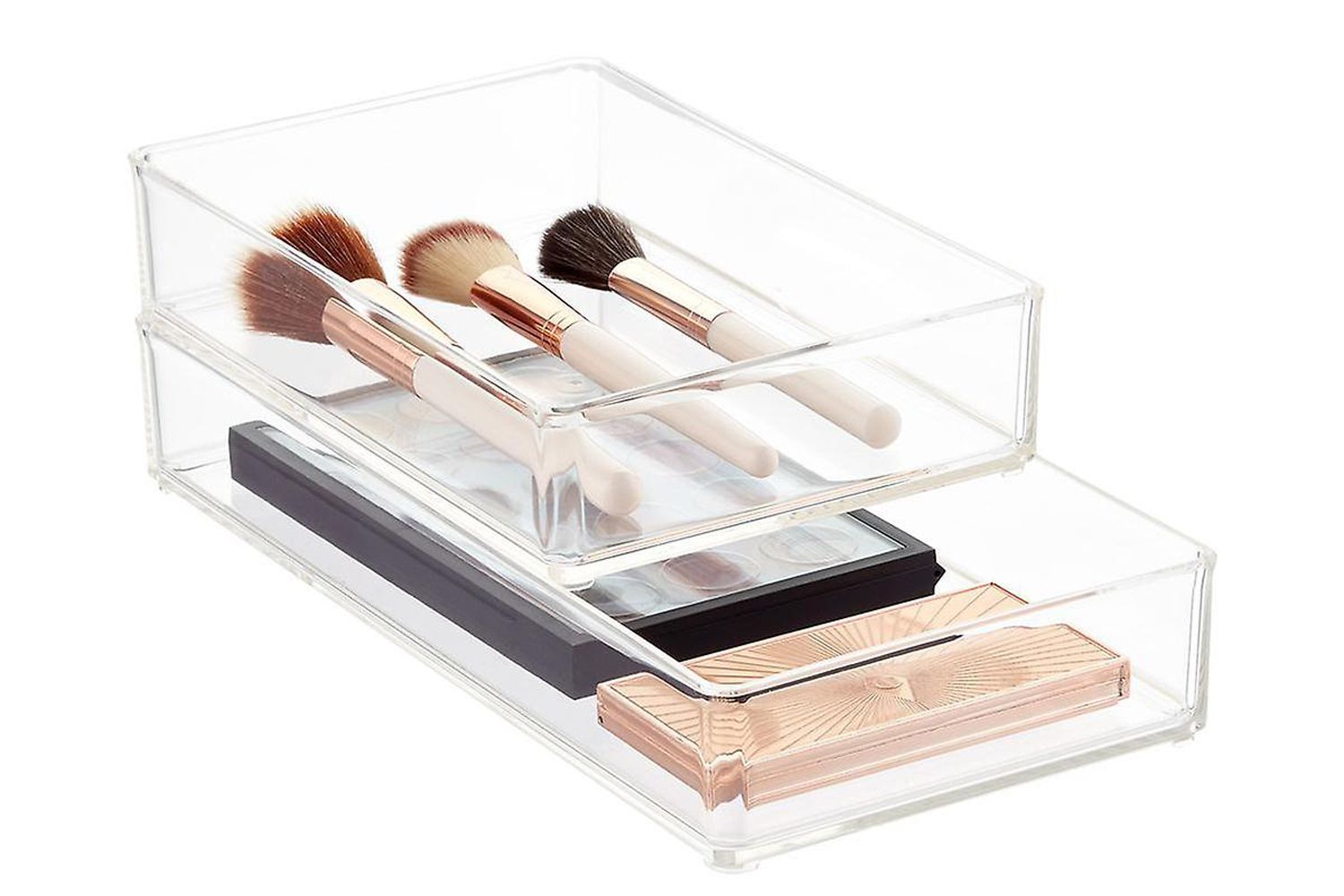 The Home Edit fans will see these drawer organizers a few times throughout season two, primarily used to transform Winnie Harlow's and Danielle Brooks' makeup vanities. With so many shapes and sizes, these small bins can fit together in different types of drawers. "Every drawer needs inserts to keep things categorized and contained. It's truly impossible to maintain a system without inserts," says Shearer. "It doesn't matter how organized you naturally are—an empty flat surface will become a dumping ground. We like using the acrylic version because they are sleek, durable, and come in a variety of sizes to create a custom fit."

When the team helps the Ratchford family downsize and organize their closet, they use the Premium Stacking Shoe Bins from The Container Store to create vertical storage to house the couple’s shoes. Each of these clear polystyrene bins can hold a pair of smaller shoes like heels or sandals or one shoe each for larger shoes like sneakers or loafers. The bins stack on top of each other to free up space on the floor and can be closed off at the top with an optional clear lid (sold separately). "You can double or even triple the number of shoes you can store and keep them protected and easily accessible at the same time," says Teplin.

Shearer notes these bins are "perfect for storing items that need to be easily accessed but kept concealed. We love rattan bins because they are versatile and instantly elevate the look of a space." In the show, these particular bins found a home in Florida Georgia Line singer Tyler Hubbard's playroom, but the team also used similar rattan bins in Lauren Conrad's office. No matter what space you're organizing, these bins provide significant depth to store large items like notebooks and office supplies while maintaining a uniform look (if using more than one bin).

The Home Edit’s new collection at Walmart is not only functional, but it’s also budget-friendly. This multipurpose storage system features eight products for about the same cost as one product at The Container Store. It includes two large bins, two large insert bins, two medium insert bins, and two small insert bins so you can store a variety of items like erasers, colored pencils, and stickers. The insert bins fit snugly within the larger containers so you can stack them and conserve space. 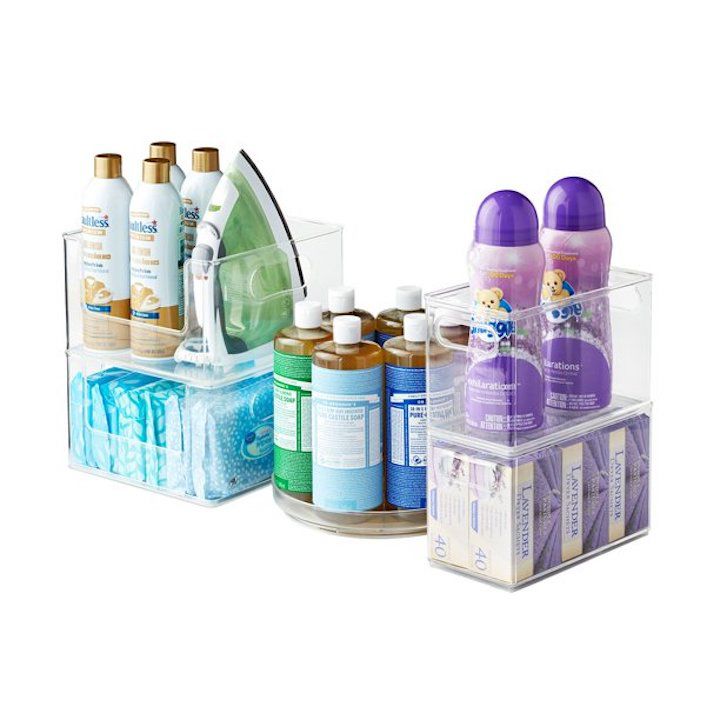 Another standout transformation on the show was the Murphy family’s multipurpose room in episode five. This space went from overwhelming clutter to immaculate organization with the use of The Home Edit’s signature plastic storage bins (among other products). This system includes two large bins, two narrow bins, and a turntable for versatile storage solutions. These BPA-free plastic bins offer open storage for tall items like laundry detergent and irons, as well as smaller items like batteries, cleaning supplies, and dryer sheets. 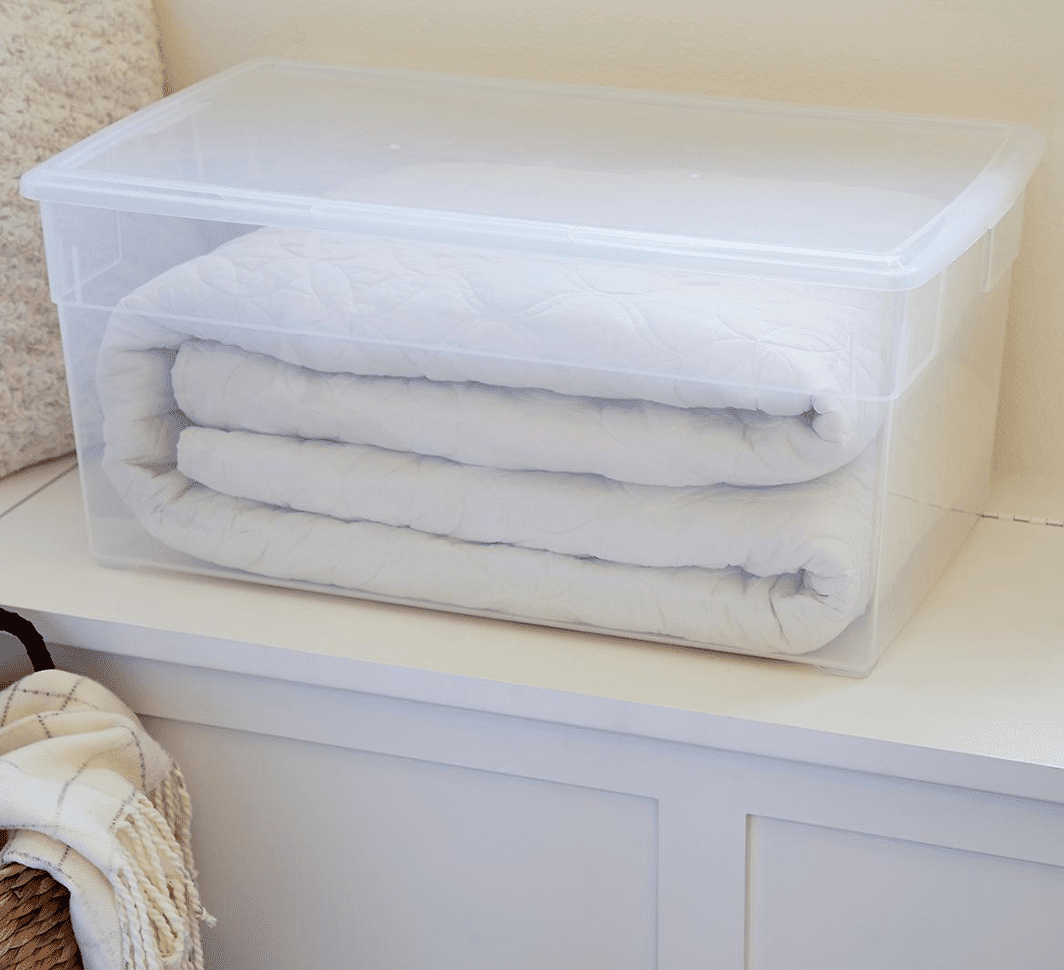 In episode three, viewers see the garage makeover at Chris Pratt and Katherine Schwarzenegger Pratt's home using these jumbo boxes, as well as smaller ones, to categorize and contain the clutter so everything was visible, accessible, and organized by frequency of use. The team placed lesser-used items like hiking gear near the top, whereas they stored tools and everyday supplies on lower shelves—all with labels for a nice finish. "The issue with long-term storage is that it's easy to forget it's even there," observes Teplin. "We like using jumbo boxes because they protect items while also keeping them fully visible."

About The Home Edit

Before the first season of the show in September 2020, the Nashville-based business quietly grew across social media and expanded into publishing with two books: The Home Edit: A Guide to Organizing and Realizing Your House Goals (March 2019) and The Home Edit Life: The No-Guilt Guide to Owning What You Want and Organizing Everything (April 2020). The duo recently created a special edition magazine published by The Spruce's parent company, Dotdash Meredith.

However, the basis of the brand lies in their signature products, used across all of their organization projects, and featured on both seasons of the show. The original collection launched in May 2020 at The Container Store, and in January 2022, a second collection debuted at Walmart, in an effort to prove that organization can be affordable to everyone. All items in the Walmart collection fall under $25.

Prior to publication, Shearer announced over Instagram that she has been diagnosed with stage 2 breast cancer and underwent a double mastectomy last Friday. On Today, Teplin provided an update, saying, "[Clea's] doing well. She is just so strong and such a pillar of strength that I can't imagine anyone tackling cancer the way that she has." In the meantime, the main challenge is keeping her best friend still long enough to rest. In a separate interview with People, Shearer said, "I'm a fighter. If anyone can crush cancer, it is me."

To follow along on this team’s journey, fans can watch the second season of Get Organized with The Home Edit, on Netflix now.