The History of Tide Laundry Detergent Through the Decades

Mary Marlowe Leverette
Mary Marlowe Leverette is one of the industry's most highly-regarded housekeeping and fabric care experts, sharing her knowledge on efficient housekeeping, laundry, and textile conservation. She is also a Master Gardener with over 40 years' experience; writing for over 20 years.
Learn more about The Spruce's Editorial Process
Reviewed by
Melissa Homer 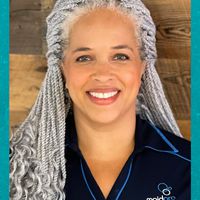 Melissa Homer is a trained cleaning professional, consultant, and educator with a two-decade career spanning commercial and professional residential cleaning.

Tide Laundry Detergent, manufactured by Procter and Gamble, has been a part of American culture since 1946. The evolution and innovations of Tide products mirror many of the changes in America's culture. During the years, the formula, packaging, and advertising have changed to meet the demands of the marketplace.

A P&G scientist by the name of David Byerly worked on the formula for Tide for 7 years under the name Project X, which was shut down for lack of results. He then continued to experiment on his own for another 14 years before he finally found the formula for Tide, which he brought back to P&G. They were blown away and brought it to market in under two years.

Procter and Gamble introduced its first laundry detergent, Dreft (now reformulated as a gentle detergent for baby clothes), in 1933. Dreft worked well for handwashing clothes but just didn't do a great job of removing heavy soil from clothes.

So, in 1946, Tide was introduced as the first heavy-duty laundry detergent in the United States. To promote the new product to homemakers, Tide became a prominent sponsor of daytime and primetime serials or "soap operas".

Tide's distinctive orange and yellow bull's eye trademark was designed by Donald Deskey, an architect, and famous industrial designer. Since Tide was the first product to be packaged for national sales using such bright colors, the box was strikingly eye-catching and memorable.

The original Tide formula was unchanged from 1946 until 1968 when Tide XK was introduced as the first United States detergent formulated with enzymes to break down protein and carbohydrate stains to make them easier to be carried away in the wash water.

After liquid detergents become popular in Europe and Japan, Procter and Gamble launched their first liquid detergent, Era, in the early 1970s. Tide liquid was introduced to American markets in 1984.

Tide Adds Oxygen Bleach to Formula to Whiten and Brighten

During the 1970s, The Clorox Co. launched the first non-chlorine, color-safe bleach, Clorox 2. The success of a bleach that would not fade colored clothes but would still whiten whites, brighten colors, and remove stains was extremely popular in the laundry marketplace. Tide with Bleach was introduced in 1988 in a powdered formula.

As Americans became more conscious of the amount of waste headed to landfills, Tide introduced concentrated Ultra Tide in 1992. Filler ingredients were removed from powdered formulas and homemakers were re-educated about how much detergent to use to produce a clean load of clothes. Tide was the first compact powdered detergent in the United States.

Again, following its lead with compacted powdered detergent, P&G introduced Ultra Liquid Tide in 1992. By removing some water, plastic packaging was reduced and Tide became less expensive to transport by truck due to lighter weights.

A reformulation in 1998 resulted in liquid Tide Clean Rinse. The formula advertised that it captured dirt in the rinse cycle to leave clothes cleaner.

To welcome the new millennium, Tide Rapid Action Tablets were introduced. This was the first time Tide had appeared in single dose tablet form. P&G had tried laundry detergent tablets in the 1970s with the introduction of Salvo but they did not dissolve well. Neither did Tide Tablets and they soon disappeared from the shelves.

Tide with a Touch of Downy, introduced in 2004, offered a way to combine two of P&G's top-selling laundry products. Consumers liked the scent of Downy and a touch of softness that remained in the clothes. This began a long run of different Tide formulas like Tide with Febreze Freshness in 2005, Tide Vivid White in 2012, and as energy costs continued to rise, Tide Coldwater also in 2005 as a way to use only cold water and still get clothes clean.

Tide also lent its name to a stain removal product, Tide To Go, as a way to increase sales in 2005.

And Even More Varieties of Tide

Consumers like different scents for their laundry and to create more scent offerings, P&G offered Tide Simple Pleasures in 2006 to leverage the success of Downy Simple Pleasures.

Still looking for ways to reduce packaging waste and meet consumer's demands for a smaller carbon footprint, Tide 2X hit the shelves in 2007. Following the same environmental line of thinking of fewer chemicals, Tide Pure Essentials was created in 2007. The cleaning efficiency of Tide was boosted by the addition of baking soda and citrus.

In another brand cross-over, Tide with Dawn Stainscrubbers was introduced in 2008. This formula was offered as a way to lift off tough, greasy food stains.

Tide Total Care was introduced in 2008 as a breakthrough detergent that promised to not only clean clothes but also keep them looking new longer. The first unscented and dye-free Tide for those with sensitive skin was offered in 2009. With the popularity of athletic wear for both exercise and fashion, Tide Plus Febreze Freshness Sport was introduced in 2010.

Tide with Acti-Lift also hit the shelves in 2010 as a formula to help lift stains off fabrics with ease. The Tide team is always looking at new markets. Tide Naturals was introduced in India in 2010 as P&G looked for developing markets.

After eight years of research and development and testing with consumers, Procter & Gamble introduced Tide Pods, a single dose laundry detergent, in 2012. The process involved 75 technical resources dedicated to the project, more than 450 packaging and product sketches, and 6,000 consumers involved in the research.

The pods are now offered in several formulas including a Free and Gentle formula with no scent or dyes, and child safety protections have been improved to prevent accidental poisonings.

Tide Simply Clean & Fresh was introduced by P&G in February 2014 as a lower-priced laundry detergent to boost sagging sales during a tough economy. The lower-priced version is aimed at the shopper who usually bypasses premium brands in favor of generic or less pricey household products.

Tide remains a strong brand and product development continues daily at P&G Research and Development Centers. With increased sales of high-efficiency washers Tide he Turbo was created to produce low sudsing in machines that use less water per load.

In 2016, Tide purclean Liquid was offered to consumers as a plant-based liquid laundry detergent that is a 75% USDA certified plant-based detergent with the cleaning power of Tide.

Tide 10X Heavy Duty was introduced in 2018 to tackle laundry that has the tough stains of grease, oil, blood, and smoke odors. And in 2019, Studio by Tide came on the market as a gentle detergent to help prevent dark colors from fading and for cleaning delicate items.

The newest Tide formula, introduced in 2020, is Tide Hygienic Clean, which boasts its ability to penetrate deep into fabric fibers and release the dirt inside the fibers you can't see, also known as invisible stains. Invisible dirt is why fabrics will often have a lingering odor or off color even though there isn't a clear visible stain anymore, so being able to release dirt deep within the threads of woven fabric is a big deal.