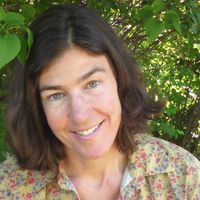 Juliet Grable
Juliet Grable has more than 10 years of experience writing about sustainable building and design. She brings theoretical knowledge, hands-on experience, and enthusiasm to her writing about the design, construction, and habitation of small, sustainable dwellings.
Learn more about The Spruce's Editorial Process
Fact checked by
Jessica Wrubel

Many of us struggle with clutter. But people who live in tiny houses (i.e., spaces that are 400 square feet or less) have figured out how to break free from the burden of Too Much Stuff. Here are tips from three tiny house dwellers on downsizing and living with less that anyone can use.

Have the Right Mindset

As soon as Michelle Jones read about tiny home pioneer Dee Williams in Yes! Magazine, she knew she wanted to live in a tiny home herself. Motivated partly by her desire to pursue what she calls “purpose-driven work,” she didn’t want any distractions.

“When I chose this life, I knew I needed to live simply,” says Jones, who founded Wayfinding Academy, a private liberal arts community college. “Getting it up and running has been all consuming," says Jones. “If I had rent or mortgage or [a] big house to clean, I couldn’t have done it.”

Jones recently celebrated her 11th year of living tiny. Her 84-square-foot tiny home is currently parked on an urban lot in Portland, Oregon.

Be Realistic and Set Ground Rules

When preparing for the move, Jones took Dee Williams’s advice and taped the outline of the living space—an 8 foot by 9 foot rectangle—onto the floor of her living room. The exercise helped her face the fact that those pieces of furniture she really liked weren’t going to work in her new space.

While the initial downsize was difficult, Jones says maintaining the lifestyle has been near effortless. Over the years, she has created a few informal rules. If she brings something new into her home, something else has to go. Her remaining possessions must pass a litmus test:

“I only keep something if I use it a lot or if there’s a story behind it,” she says. Her tiny home is sparsely decorated with a few treasured objects, either inherited or with sentimental value. She has also allowed herself to transfer a few possessions to her office on the Wayfinding Academy campus. While she doesn’t miss having more stuff, Jones does miss taking baths, so when she travels, she books rooms that come with a tub.

Tired of throwing away money on rent that was “stupid high,” Alexis Monkhouse commissioned her tiny home on wheels from Cornerstone Tiny Homes three years ago, while she was still a graduate student. She lives in a tiny home community north of Tampa, Florida with her two-year-old daughter, Nalini, and chronicles her tiny life experience on Instagram.

Though many tiny homes are designed with clever storage solutions that make the most of every square inch, Monkhouse didn’t want that. “I knew that if I had lots of storage, I would fill it,” she explains. She wanted to simplify, and she wanted her 325-square-foot tiny home to hold her to it.

Like Jones, Monkhouse says the first purge was the biggest. She had a closetful of clothes, some dating back to middle school. After three years in her tiny home, she says she has to reevaluate and rearrange her possessions every six months or so.

“You’re always downsizing when you live in a tiny home,” she says.

She uses one of her home’s two lofts for storage and shares a small shed with her sister, who lives in a tiny house in the same community.

Cooking in a tiny space can be frustrating, so Monkhouse uses an Instant Pot for many meals and relies on just a few pieces of high-quality cast iron cookware, which are easy to clean.

Monkhouse says it helps that she doesn’t like to cook. “If I could order take-out every day, I would,” she admits.

Sharing a tiny home with a two-year-old comes with special challenges. Nalini is always outgrowing clothes, so Monkhouse is diligent about donating her outgrown apparel. She is strict about Nalini’s toys, too, and has requested that friends and family not buy her new ones.

“If it doesn’t fit in her toy bin, it gets donated,” Monkhouse says.

Brock VanHeel, an independent filmmaker from San Diego, lives in a converted Ram ProMaster. Van life fits his work, which keeps him on the road nine months out of the year.

Downsizing wasn’t too painful because he had been living in a shared house where he never had more furniture than a bookshelf and a bed. VanHeel prioritized items he used the most; for example, he kept his mountain bike but ditched the dirt bike.

Like many, VanHeel was stuck at home for much of 2020. He lived in his van while he finished the conversion—an experience he calls “a nightmare”—but he also learned what worked and what didn’t while there was still time to make changes.

He discovered that living with less stuff wasn’t as challenging as managing the stuff he did have in such a tiny space.

“I was spending a lot of time moving stuff around,” he explains. So he designed storage so he wouldn’t have to move one thing to access another. To reduce clutter, he included a closet, a laundry hamper and good-sized trash can. He uses a wine rack to store bottled water, and an ingenious overhead solution for spice containers frees up pantry space.

In 2020, VanHeel’s girlfriend Karina Vaca moved into the van with him.

“Fortunately, we’re both tidy,” says VanHeel. Having a shed where they can store some stuff—his tools, her clothes—has been a lifesaver. Because they travel so much, they use the shed like an external closet, picking out clothes for longer trips and storing things they won't need.