Top Load vs. Front Load Washer: Which Type Is Best?

Compare pros, cons, and major differences before purchasing your next appliance

Mary Marlowe Leverette
Mary Marlowe Leverette is one of the industry's most highly-regarded housekeeping and fabric care experts, sharing her knowledge on efficient housekeeping, laundry, and textile conservation. She is also a Master Gardener with over 40 years' experience; writing for over 20 years.
Learn more about The Spruce's Editorial Process
Reviewed by
Katie Berry 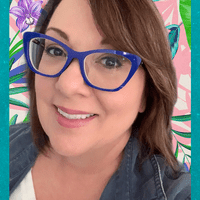 Reviewed by Katie Berry
Katie Berry is a cleaning expert with 30 years of household management experience and 12 years of writing about cleaning methods and routines for Housewife How-Tos. She is the author of several books about homemaking.
Learn more about The Spruce's Review Board
Fact checked by
Sarah Scott

When it's time to buy a new washing machine, one of the critical deciding points is: Is it better to have a top-load or front-load washer? Which washing machine is better depends largely on your needs, your budget, and the features you're looking for. Here's a side-by-side comparison of top-load vs. front-load washers' pros and cons—plus the benefits of a high-efficiency (HE) model.

Front-load washers are easy to use for those in a wheelchair, those with a short stature, or those who need to be seated due to balance issues. If you are standing and of average height, they will require bending over to load or unload (just like a dryer does) unless you place them on a raised support box.

Unlike top-load washers, most front-load washers lock while in use to prevent water overflow, prohibiting the addition of last-minute laundry. This is one disadvantage of a front-loading washing machine. Recently, though, some manufacturers have started to add small doors that allow the user to add laundry after the cycle has started. While this increases the flexibility of front-load washers, it also adds significantly to the purchase price.

Because top-load washers do not have a large door on the front, they have a smoother, sleeker look than front-load washers.

Front-load washers' front doors have thick glass inserts that allow users to see the clothing churning in the suds and water. Some users might find this distracting. Others might find it entertaining and, more importantly, a good way to track the progress of the wash cycle.

Top-load and front-load washers both tend to have a similar stark, industrial look. While not unpleasant, it is not considered a true home design element in the laundry room.

Top-load washers twist and swirl clothing to remove dirt and stains. Many top-loaders have an agitator, a center post that creates friction against the clothes to better clean them.

Front-load washers tumble clothes against each other in the water to remove dirt and stains. Gravity works in this washer's favor, causing the clothes to knock into and essentially scrub one another.

Top-load washers do not clean better than front-load washers in general, largely because they don't have the force of gravity and the overall tumbling motion as part of the scrubbing action.

Motors on top-load washers are relatively easy to access. Do-it-yourselfers can even make basic repairs on their top-load washing machines.

While simple maintenance projects, such as clean-outs, can be performed by homeowners, front-load washers are best repaired only by trained technicians.

How to Clean a Front-Load Washer to Prevent Odors

Wear and Tear on Clothing

Most high-efficiency top-load washers use an impeller plate at the bottom of the washer tub to move clothes through the water and detergent. Standard top-loaders use a central agitator with paddles to spin clothing briskly, causing more wear and tear.

In May 2021, Whirlpool introduced the first 2-in-1 top-loading washer with impeller action and a removable center agitator. While the impeller plate is more gentle on fabrics, the action of the agitator is more effective for cleaning heavily-soiled clothes. The design allows the user to remove the center agitator when a little more room is needed in the washer for bulky items.

Front-load machines use a washing action that tumbles clothes in an up-and-down motion similar to hand washing.

Best for Wear and Tear on Clothing: HE Top-Load and Front-Load Washer

Water and Energy Use

Top-load high-efficiency machines use about 19 gallons of water per load. A standard top-load washer uses, on average, about 41 gallons per load.

Front-load washers use around 13 gallons of water per load.

Best for Water and Energy Use: HE Top-Load and Front-Load Washer

Because front-load and top-load high-efficiency washers use less water, they are more energy-efficient than standard washers, as they take less energy to heat the water. To purchase a washer that uses less water, look for the blue ENERGY STAR label that indicates these washers use much less water than other models. And before you have your old washer hauled away to a landfill, consider recycling it to create new projects.

Top-load machines must be placed side by side with a dryer unless you purchase a smaller compact stacking washer/dryer combo.

Front-load washers can be stacked with a dryer to fit into closets or small areas, though this arrangement is not always necessary.

All of the water, gas, and electrical connections will be the same for both top-load and front-load washers.

Top-load washers can be purchased for as little as $400 to $500, plus they can be used with powdered cleaning products that are often less expensive to buy.

Entry-level front-load washers cost between $600 and $800 and require the purchase of HE cleaning products.

In the United States, high-efficiency washers, especially front-load machines, are significantly higher in price than a standard top-loader. They do provide savings in energy costs, but it will take many years to realize the savings for small families or where energy rates are lower in cost. High-efficiency top-load washers are less expensive to purchase than front-load models.

Front-load washers and high-efficiency top-load washers must use specially formulated low-sudsing detergents, marked as HE. Because these washers use less water, they also need very little detergent, no more than 2 teaspoons per load. All major detergent manufacturers now offer their best brands in a HE formula, which can also be used in a standard washer.

The life expectancy of a standard top-load washer is 14 years.

The average life expectancy of a high-efficiency front-load or top-load washer is 11 years.

Although top-load washers last longer than front-load washers on average, a front-load will likely need repairs less often over the course of its life. The repair costs typically will be higher, though, due to the many optional wash cycles and extra features.

The 11 Best Washing Machines of 2022, Tested and Reviewed
Article Sources
The Spruce uses only high-quality sources, including peer-reviewed studies, to support the facts within our articles. Read our editorial process to learn more about how we fact-check and keep our content accurate, reliable, and trustworthy.