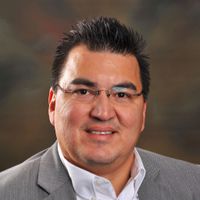 Juan Rodriguez
Juan Rodriguez is an award-winning civil engineer with over 20 years of experience doing large-scale civil works projects. He is an expert on new construction, remodeling, demolition, and code compliance. He also speaks at industry forums and has served as a judge for international engineering competitions.
Learn more about The Spruce's Editorial Process
Reviewed by Johnathan Brewer
Fact checked by
Jessica Wrubel

The purpose of contraction joints is to create a weakened area in the concrete and regulate where cracks will occur, normally in a straight line. Contraction joints should be placed to produce panels that are as square as possible and never exceed a length to width ratio of 1 1/2 to 1. Joints are commonly spaced at distances equal to 24 to 30 times the slab thickness.

Joint spacing that is greater than 15 feet requires the use of load transfer devices. Contraction joints may be tooled into the concrete surface at the time of placement. Joints may also be sawed into the hardened concrete surface. It is important to understand that the longer sawing is delayed, the higher the potential for cracks to establish themselves before sawing is complete.

Concrete expansion joints are used to separate slabs and concrete from other parts of the structure. Expansion joints allow independent movement between adjoining structural members, minimizing cracking when such movements are restrained. It allows for thermal expansion and contraction without inducing stress into the system.﻿

Why Do We Need Them?

The following recommended tips should be observed:

The following tools are normally used to create concrete joints, although these tools might vary depending on the size and scope of the project. Here are the most commonly used tools:

A die grinder with a masonry blade can be used in place of a concrete saw to cut joints in dry concrete.