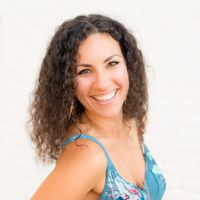 VTech Go! Go! Smart Wheels Train Station Playset is an interactive, motorized train set with a ton of fun features, but the time and effort to put away the toy and the space it requires makes it difficult for us to highly recommend.

View On Amazon
In This Article

We purchased the VTech Go! Go! Smart Wheels Train Station Playset so our writer could put it to the test. Keep reading for our full product review.

My 22-month-old son is excited by all vehicle types; trucks, fire engines, cars, and especially trains. We have a ton of individual trains, but I wanted a real train set that would keep his attention and one that he could play with for years to come. The VTech Go! Go! Smart Wheels Train Station Playset caught my attention with its bright colors and SmartPoint talking features, so I was excited to test it out with him. Read on to see if this train set was easy to assemble or engaging for my toddler.

Design: Lots of pieces and poor instructions made this difficult to assemble

The VTech Go! Go! Smart Wheels Train Station Playset is a motorized train set that plays music and phrases in different languages at the set’s ten SmartPoint locations. The SmartPoints are designated spots on the train tracks triggered to talk when the train passes by. Your child can use a hand-crank feature to drive the train up the hill and features 32 interchangeable track pieces.

I’ll be upfront and say that I wasn’t a fan of this train set overall. But it had its good points. The first thing we liked about this train set was that it greeted our 22-month-old with "hello" in English, Spanish, French, and German. It is an engaging toy that can get your child to pick up on simple phrases in a handful of languages.

Also, it had six different ways to set up the train set, depending on your preference. Each setup requires a different number of pieces, so you can build it smaller if needed. The train set can extend up to 15 feet, so if you don’t have a ton of open space, it’s nice that you have different setup options.

The setup and storage issues with this toy were a bulk of the negatives with this set. This train set takes a lot of time to put together. VTech includes a pack of stickers for some of the train set pieces, and it took 15 minutes to get all the stickers affixed. And if you make a mistake with the sticker, it’s tough to peel off and redo your work (i.e., it's not ideal for a toddler to help). I tried to fix one sticker, and it was stuck pretty hard already, so it ripped slightly when I tried to pull it off.

After the stickering, I moved on to building the actual train set. I tested out “Figure 1,” which features every single piece, and it took me about 30 minutes to get it assembled with a lot of frustration.

I found that the instructions aren’t the most helpful. One packet relays battery and sticker installation, and another showcases six train station playset track configuration suggestions. Since there are nearly three dozen pieces in this set and each diagram is in black and white, it’s hard to tell exactly which piece needs to go where. There was a lot of trial and error before I got everything put together correctly.

Entertainment Value: Not the worst, not the best

When I finally had the train set assembled, I let my 22-month-old son play and explore. He liked moving around the train and seeing it ride itself around the train track. He tried to work the hand-crank feature to get the train up the incline, but pretty soon, he was breaking apart the set and moved onto other toys. After all of the time it took to put it together, it was frustrating.

I don’t have a ton of space in my apartment, and since my son wasn’t in love with it, I couldn’t keep it assembled at all times. It took up too much space. So, I broke it down and then set it up again another day, still taking me almost 20 minutes. If you have the space to have this always set up or your child is old enough to enjoy assembling it, then check out this set. But for us, I’m passing on keeping this toy in my house.

According to VTech, the age range for this toy is 1 to 5 years. To me, this train set seems better for children on the older side of that age range. Slightly older children can help build the set, understand the features, and not tear it apart right after building it.

Ease of Cleaning: Wipe with a damp cloth

VTech recommends keeping the plastic parts of the set clean by wiping it with a slightly damp cloth. There are many pieces, so it would take some time to clean it regularly. They also recommend keeping the unit out of direct sunlight, away from a direct heat source, and not exposing the mechanical parts to moisture or water.

Price: A fair price for this type of set

For a substantial train with a lot of features, a price of around $50 seemed fair. Looking at other similar trainsets, the lowest out there was around $30, but there weren’t many options at that price.

Slightly older children can help build the set, understand the features, and not tear it apart right after building it.

Looking for other train sets that didn’t require so much set up and take up so much space, I came across the Melissa & Doug Take-Along Railroad. It’s about $20 cheaper and features built-in tracks, three train cars, and colorful scenery. In total, it has 17 pieces, but it all folds up into a case that can be easily put away. It doesn't need batteries or screwdrivers. There are no lights or songs, and the train isn’t motorized, but the setup and size make this set a better option for us.

A train set better suited for age 3 and up.

The VTech Go! Go! Smart Wheels Train Station Playset looks fun and has many cool features, but ultimately not one we can highly recommend for a younger toddler given the amount of space it takes up and assembly and instruction issues.

The 8 Best Train Sets for Kids of All Ages