What to Know About Different Wall Texture Types 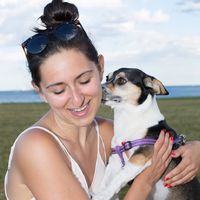 Laura Mueller
Laura Mueller is a freelance writer with over a decade of experience. She covers lifestyle for The Spruce and has also written for The Muse, Moving.com, and Huffington Post.
Learn more about The Spruce's Editorial Process

Sick of plain old walls? Consider adding in some texture for increased dimension and visual interest. We often think as color as the only way to bring more pop to a wall, but bringing in texture—either to a single accent wall or throughout an entire room—can serve just as well to increase the character of your space and make it more your own. And don’t worry, there’s little overlap between today’s modern wall texture types and the much maligned popcorn ceilings of yore.

With some creativity and the right tools, texturing is an easy DIY project to accomplish. Combine it with bold color for a truly stand-out look, or keep your walls neutral and let the texture speak for itself. Whichever way you decide to go, here are six of the coolest wall texture types, plus some tips on how and where you might want to use them.

This wall texture type gets its name from its final appearance, which resembles—you guessed it—the dimpled texture of an orange peel. It’s achieved using a sprayed-on mixture of drywall compound and water, which is applied over a coat of primer to ensure that it adheres evenly. It’s a popular choice, since the overall textured look is quite subtle, with the walls actually looking quite smooth from afar. If you want to achieve a similar look but don’t have a spray gun, use a roller with a thick nap to apply your mixture instead.

Knockdown textured walls start out as orange peel walls with one extra step for a more stucco-like finish. After your orange peel texture has set (about 10 to 15 minutes) use a knockdown knife and gently apply pressure to drywall peaks to flatten out the stark bumps. You’ll end up with an even smoother overall look that’s still heavily textured—a good fit if you’re trying to avoid pointy peaks. Just be sure the original texture is set before you get to work, since otherwise your knockdown knife will leave lines behind. If that happens, wait another 10 minutes before proceeding.

This is one of the simpler wall texture types to achieve, and a great choice for texturing newbies. To do it, you’ll apply drywall compound to your walls and then take a comb-like drywall trowel to create patterned lines. Go straight vertical or horizontal if you want to keep the look uniform, or mix it up by varying your line directions for a more geometric outcome.

Here’s another easy-to-achieve textured look. The slap brush technique creates a random pattern of lines on your walls, and is accomplished by first rolling on drywall compound and then “slapping” the walls with a drywall texture brush, also called a slap brush. Perfection is not the goal here; instead, you’re looking to create lots of variation in your pattern, with lines that go in different directions and often overlap for increased dimension. You can even create specific patterns, such as flowers or stars.

This is a variation on knockdown texture, one that uses the same technique as the orange peel knockdown, just with the slap down texture as the starting point instead of the orange peel texture. After you’re done using your slap brush, give your walls 10 to 15 minutes to set and then use a knockdown knife to gently ease off peaks and bumps. Your pattern will look and feel much smoother, but you’ll still get the same variation in design.

We love this textured look, which has an almost sponge-painted appearance but with a more tactile feel. To do it, you’ll just need a paintbrush and some perlite compound, which is a mixture of primer and perlite, an organic compound similar to sand. Get some perlite compound on your brush and then get to work on the walls, using swirling motions instead of going straight up and down, with plenty of overlap. After it dries, prime and paint as usual for a truly unique finished look.

When and Where to Use Textured Walls

You can use textured walls in any room in your home that you want to make a statement. But there are some things to be aware of as you go to work:

Go to town with texture, but make sure to maintain balance while you’re at it. Done right, texture can bring a ton of personality to your space—and plenty of uniqueness, too.